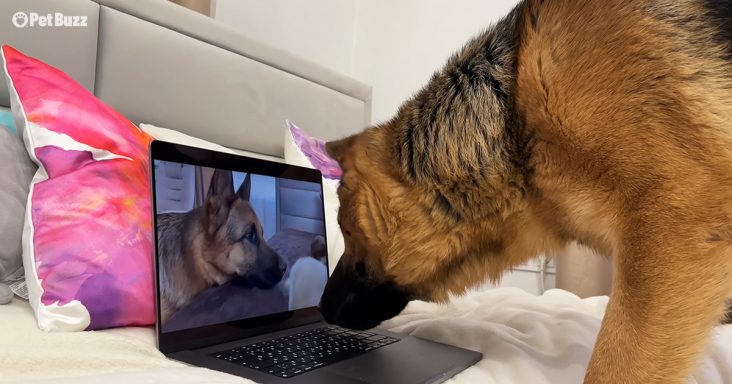 Rocky the German Shepherd watched videos of himself on YouTube and was excited by what he saw. A laptop was placed in front of him, and he stared at it.

Then a video of Rocky meeting puppies started to play, and Rocky was both confused and curious. He watched the screen closely and began to sniff the laptop.

Obviously, Rocky couldn’t smell himself or the puppies, so he stepped away from the screen. He lay down on the bed and looked at the video with his eyes wide open.

Rocky’s owners laughed at his reactions, and Rocky stared at them with the same confuddled expression. On the laptop, the German Shepherd continues to meet more puppies.

They played another video of Rocky when he was a puppy meeting a duck. The duck was in a small pool of water, and Rocky was so small he had difficulty getting into the pool.

Rocky may not have recognized his younger self with floppy ears. He seemed more excited with this video, and again Rocky tried to get close to the screen to sniff it.

As the video showed a puppy in the pool, Rocky tilted his head and stopped sniffing the screen. He watched the footage with the same intensity as a person viewing their favorite show. 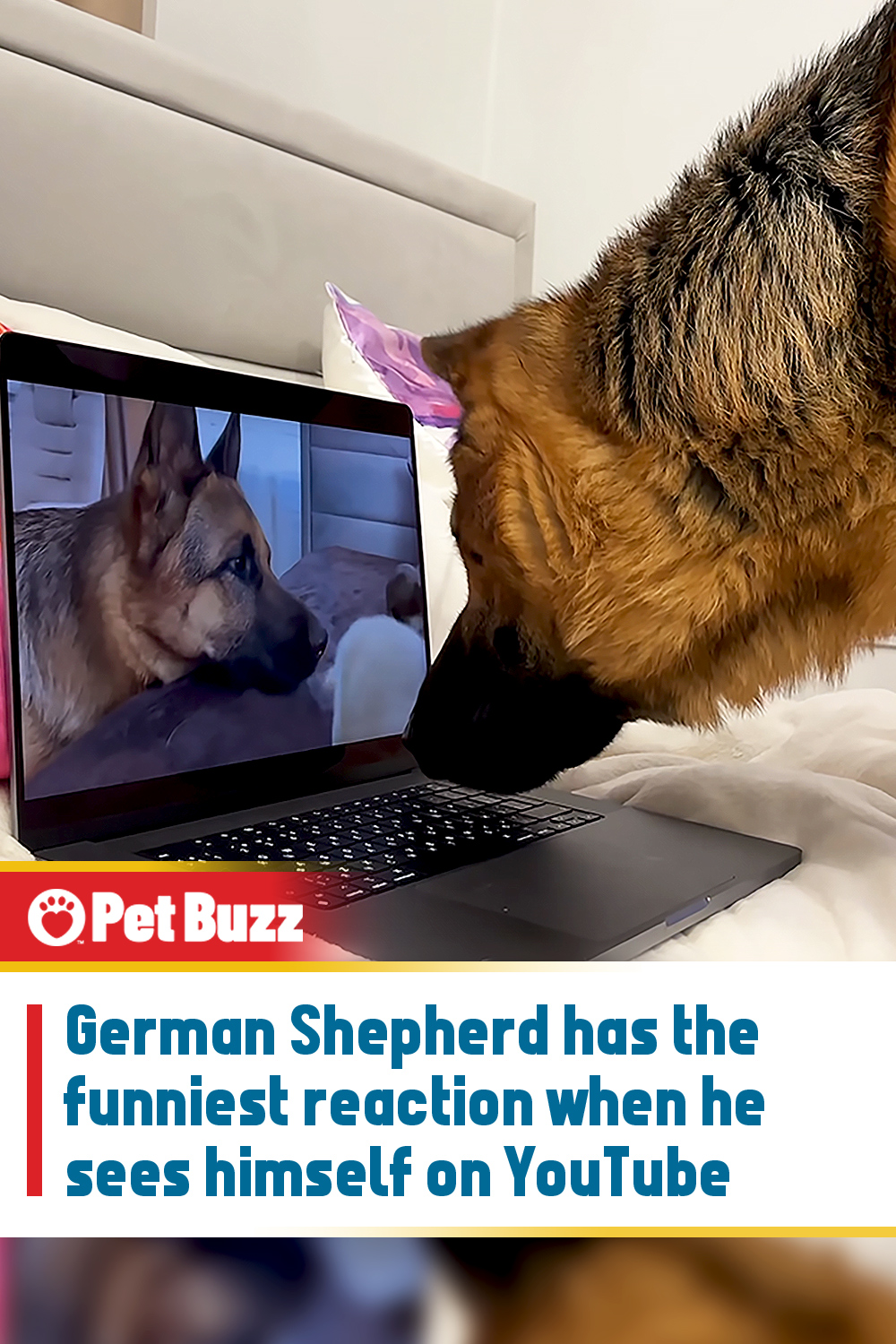