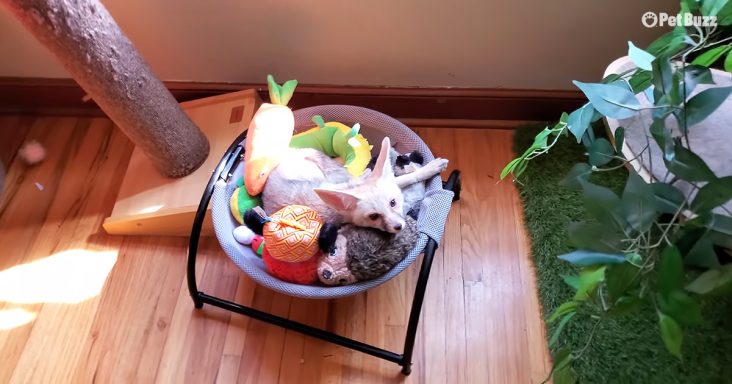 Fawzi, the fox, was seen by his mom amongst his toy bin. He was basking in the sunlight and surrounded by all of his favorite stuffed friends and playthings.

If it weren’t for his large ears, Fawzi would have been well hidden. Fawzi’s mom approaches him and sees that he is relaxing and trying to take a nap.

She gives him scratches on the head because he was just looking too cute and comfortable. Fawzi greatly appreciated the attention and affection and started to look into his mom’s eyes.

The stuffed toys acted as pillows and a bed for Fawzi. He was so comfortable he barely moved, and none of the toys fell out when he rolled around.

Fawzi’s mom started to make fox noises, almost as if she were singing. She was trying to get Fawzi to talk back to her, and it was an adorable moment between Fawzi and his mother.

Two of them were creating a heartwarming song. Fawzi licked and kissed his mom’s face as she squished her head against his tiny body. The fox couldn’t get enough of her love.

She slowly stood up since she had things to do, and she placed a toy from the floor into Fawzi’s pile. He was no longer sleepy and continued to play with toys as his mother left him alone. 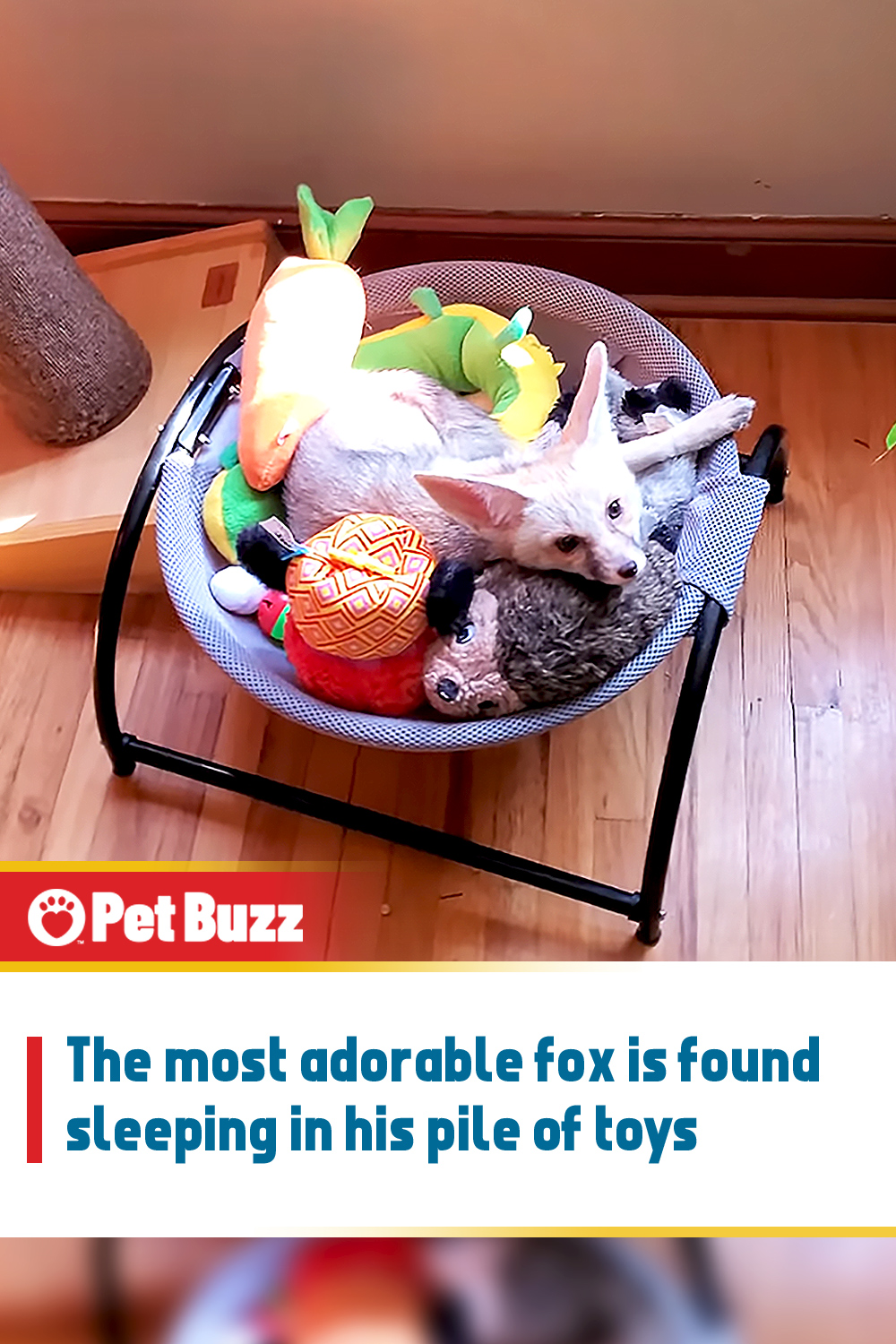