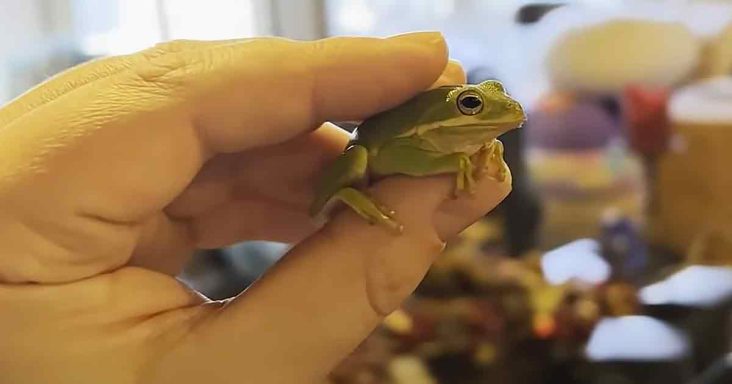 Simon Curtis was surprised when he found a tiny green frog in his box of Romaine Lettuce. He didn’t scream, but he was undoubtedly confused when he saw a green blob moving around.

Tony, the frog, was so cute but also cold. He was very still at first, and it was the middle of the night, so Simon didn’t want to release him. The lettuce box became a makeshift terrarium.

Simon’s goal was to make sure that Tony got through the night. There were so many times Tony got out of the salad box. Simon called him a small escape artist.

He found Tony hiding in the shower, covered in dust and dehydrated one time. After that, he went to the pet store and got a better terrarium.

It wasn’t a permanent enclosure yet because Simon wasn’t sure he would keep him, but it was better than the salad box. At least this time, he was confident that Tony wouldn’t get out.

Simon’s biologist friends told him that keeping Tony as a pet would be better. That’s all Simon needed to hear, and he knew he had to get a better home for his new frog.

Tony is comfortable in his permanent terrarium. It’s spacious and has a lot of foliage. Simon is sure Tony loves it because there haven’t been any escape attempts or brushes with danger ever since. 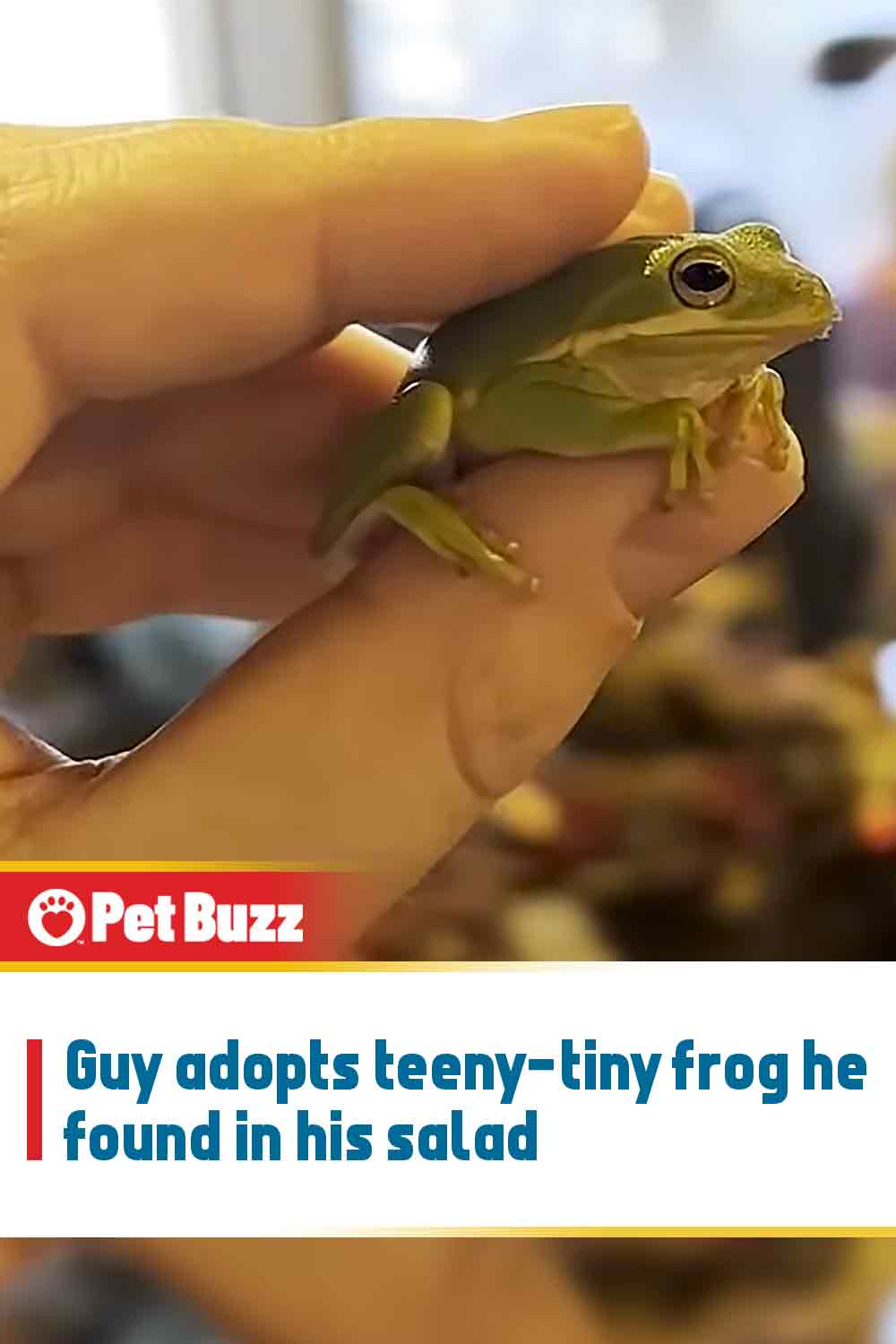