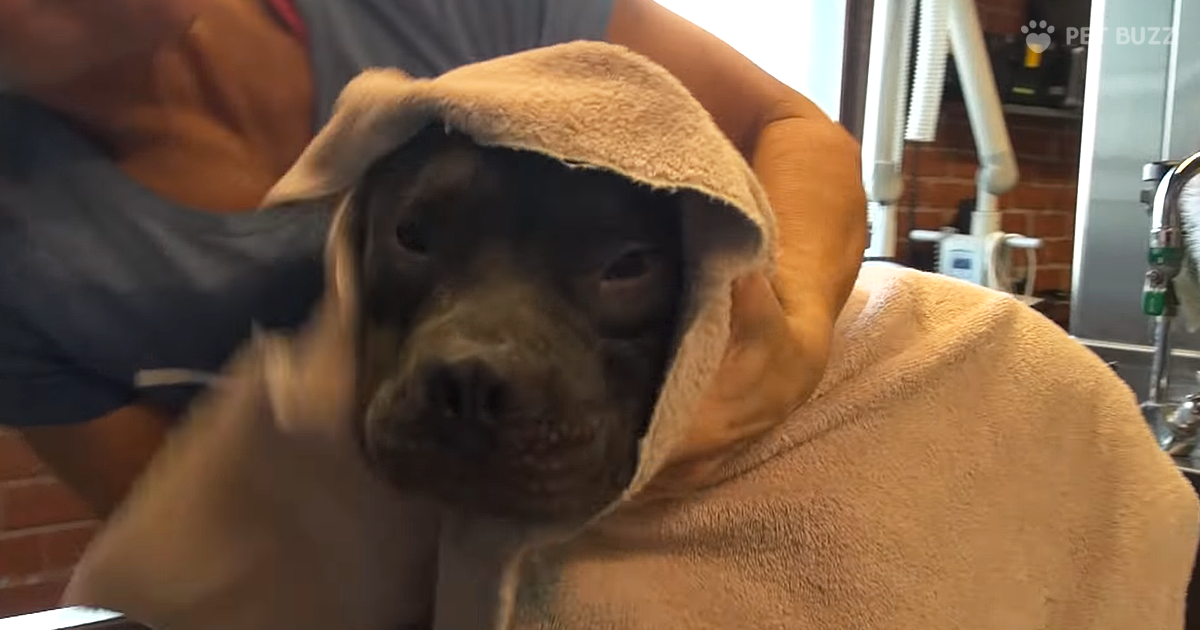 Hope For Paws is back again with another incredible rescue. This beautiful organization has done a lot to save helpless animals from horrible conditions, and we can never praise them enough. They seem to have a knack for capturing and rescuing even the most frightened dogs.

In this clip, they rescue a homeless pit bull from the streets. The poor guy in this clip was living all alone, seeking shelter near some brush located dangerously close to a busy freeway.

When the rescuers went to capture him, he ran away several times. But after many failed attempts, the rescuers were finally able to corner him. He was visibly scared of the humans who came for his rescue, which is understandable. He may have been mistreated at some point in his life, or maybe he’s never even been around humans. It is heartbreaking to see his frightened reaction.

When they finally capture the pitbull they will name Veyron right next to the bridge, he looks so defeated. He actually appeared to be pretty strong and in good health. A young man had been feeding him, trying to help him, but couldn’t get anywhere near him, so he called Hope For Paws.

His short hair and muscular frame proved to be an advantage while living on his own on the streets. This poor pit bull had spent many months on his own, but he is in a safe and loving place now. Watch Veyron’s heartwarming rescue below. 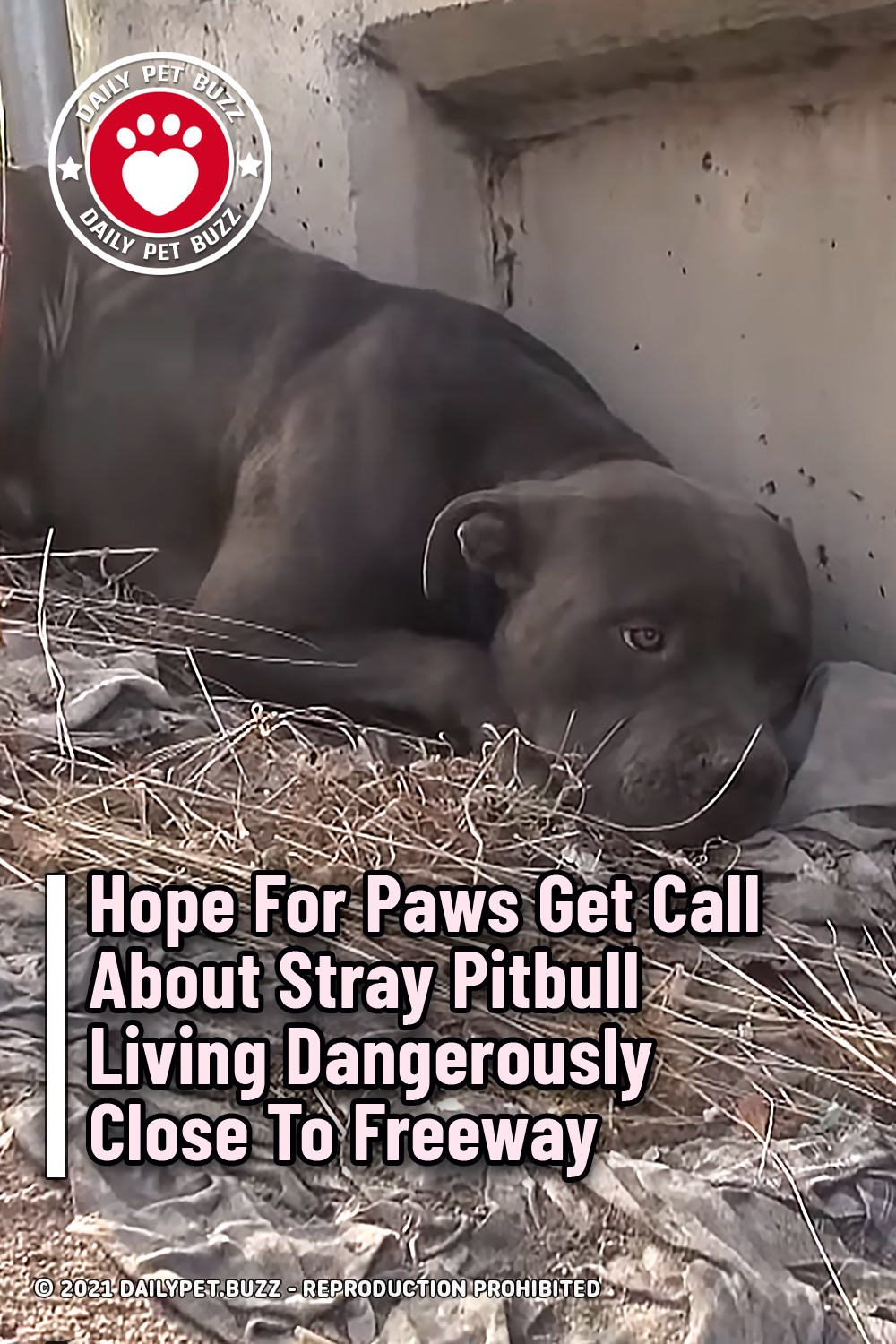