Animals find all kinds of weird things to amuse themselves. Of course, sometimes humans have to make sure that they are safe – for example, I had to keep my cat from playing with one of my son’s Legos. It’s not that it wasn’t cute for him to bat it around, I just didn’t want to have to do the Heimlich on a choking cat. That’s sure not a threat for a horse named Buster who keeps himself occupied with a children’s toy in this video.

We see Buster running around with one of those bouncy balls that children like to sit on, with the handles on the top for them to grip as they bounce around. He loves this toy, running around at a high rate of speed, with the ball whipping around his mouth. There are some other horses in his field too, and they are just standing around like, ‘Oh, look at Buster. He’s being goofy again.’ What killjoys.

Horses, for all the bluster about how dumb they are, are actually quite intelligent. Yes, there are some dumb horses, but there are also some really dumb people out there that can make these horses look like members of Mensa comparatively. Every species has its smart members and then there are ones who wind up as Darwin Award winners. Buster is a smart horse who knows how to amuse himself.

Some people noticed what looked like his shoe coming off his right front hoof. The woman who uploaded the video said that it was actually a bandage that had been on that knee that came loose, but that he was fine. She said that he was mischievous and acted like Donkey in the Shrek movies. I can see where she came up with that comparison – though he doesn’t seem to actually talk like Eddie Murphy – or at all.

Wasn’t Buster adorable? I couldn’t stop watching the video. What did you think of it? Tell us all about it in the comments section below! 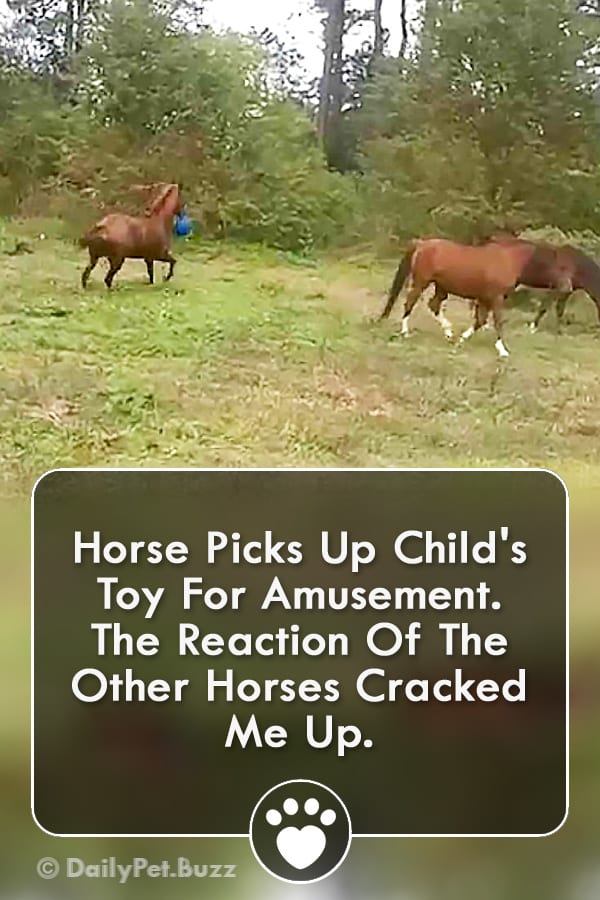