Animals, for the most part, make us happy. Sure, there are some Gloomy Gusses (or Gertas for females?) who aren’t that friendly, but they are in the minority. Grumpy Cat is an exception – he just looks like that. Most of the creatures in our lives tend to try to be positive towards us, be it by rubbing, nuzzling, or even sitting in our laps. But few of them actually smile. Meet a pitbull who is the polar opposite, expression-wise, as Grumpy Cat. He’s always happy. 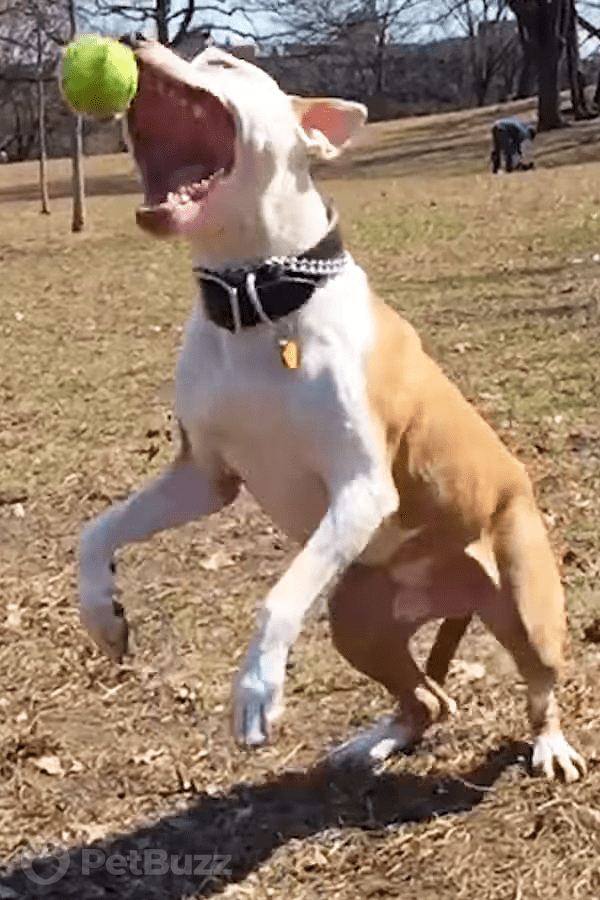 Even the way that they met was goofy. Bozak left his apartment building and saw Brinks, who was an abandoned pitbull puppy, across the street at a school that was there. According to the man who would become his new daddy, the pup was ‘sniffing teachers’ butts.’ Hey, his words, not mine. Bozak scooped up the puppy and put him in his car. He was initially going to take him to a shelter since he already had a dog, but something made him change his mind.

Brinks was sitting in the front seat, and his face just had this grin on it, like he was finally enjoying life. OK. Sold. Bozak left notices to see if his original owner would claim him and when that didn’t happen, he took him in. The two of them are best buddies more than a decade later. They even have a ritual where Bozak puts on Groucho Marx glasses and tells jokes to make Brinks smile. Sadly, the first one that he told on camera fell flat. For good reason.

Even the screenshot for the video gives me a giddy goofy feeling. If I didn’t already have a son whose image graces all my electronics, then one of the close-ups of Brinks’ smiling mug would be a great wallpaper. He just naturally radiates joy. Waking up and looking at that before starting work would put me in a very good mood. Bozak and Brinks are lucky to have found each other. May they have many more years together. 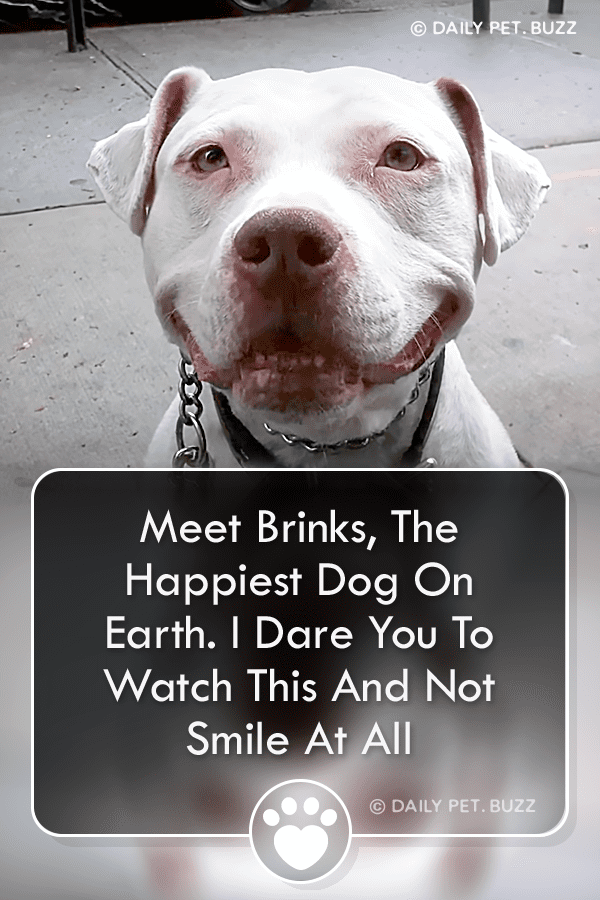