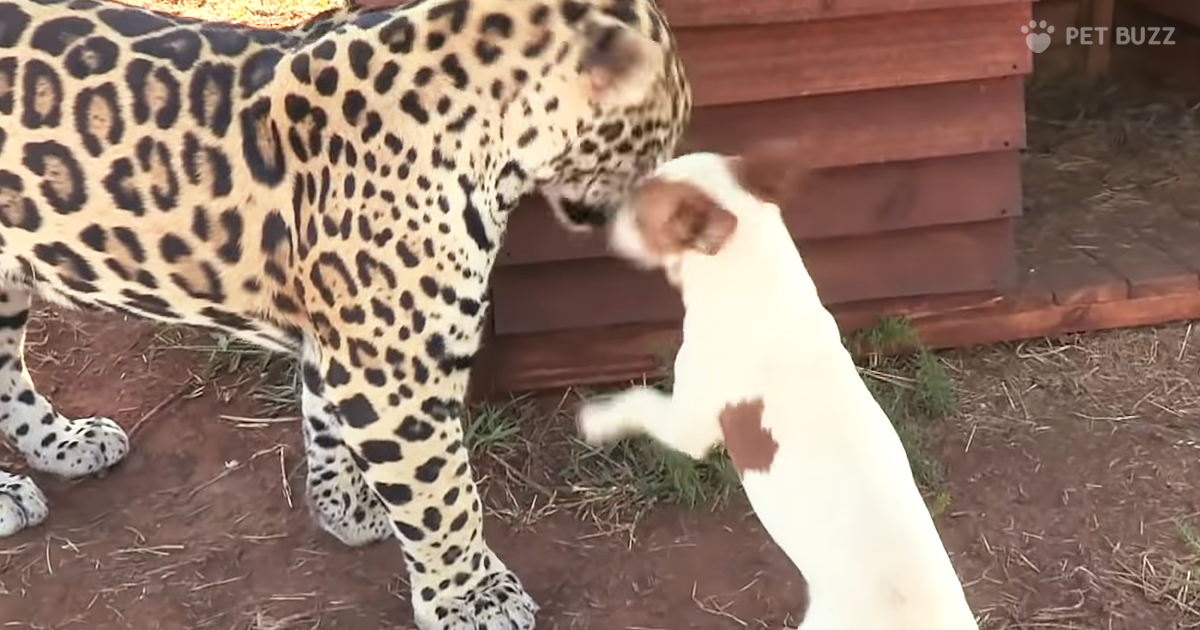 Domesticated cats have evolved to be different enough from their bigger, wilder relatives that we don’t usually have to worry when it comes to introducing them to new furry friends. But between big cats’ ferocious jaws and giant claws, it’s no question that they are intimidating animals, engineered to hunt and kill prey in order to survive. Their bodies are made for stealth and speed, putting them at the top of the food chain and leaving smaller, slower animals with little chance for escape.

You’d expect any tiny creature who dares to approach one of these imposing animals to be destined for trouble, at the very least. As it turns out, little animals don’t always turn out to be a meal for big cats. At the Akwaaba Lodge in South Africa, residents grew worried that one of their only jaguars, Jake, was growing lonely. While extremely popular amongst humans, it was clear that he needed an animal companion to keep him company.

As a result, the residents decided to introduce Jake to a well-loved Jack Russell terrier named Bullet. Bullet was a pup that dedicated his time to making new animals feel welcome. He was friendly and energetic, but how would a big cat like Jake react to such a small dog?

Anxious about the two animals’ first meetup, the residents watched as the tiny terrier and the vicious wildcat sniffed around one another, each getting used to the presence of a new, unfamiliar creature. The residents observed closely, hoping there wouldn’t be a confrontation that would result in Bullet becoming Jake’s prey. What happened next was totally unexpected and will blow you away. Watch the video below to see the formation of an unlikely relationship between two very different creatures. 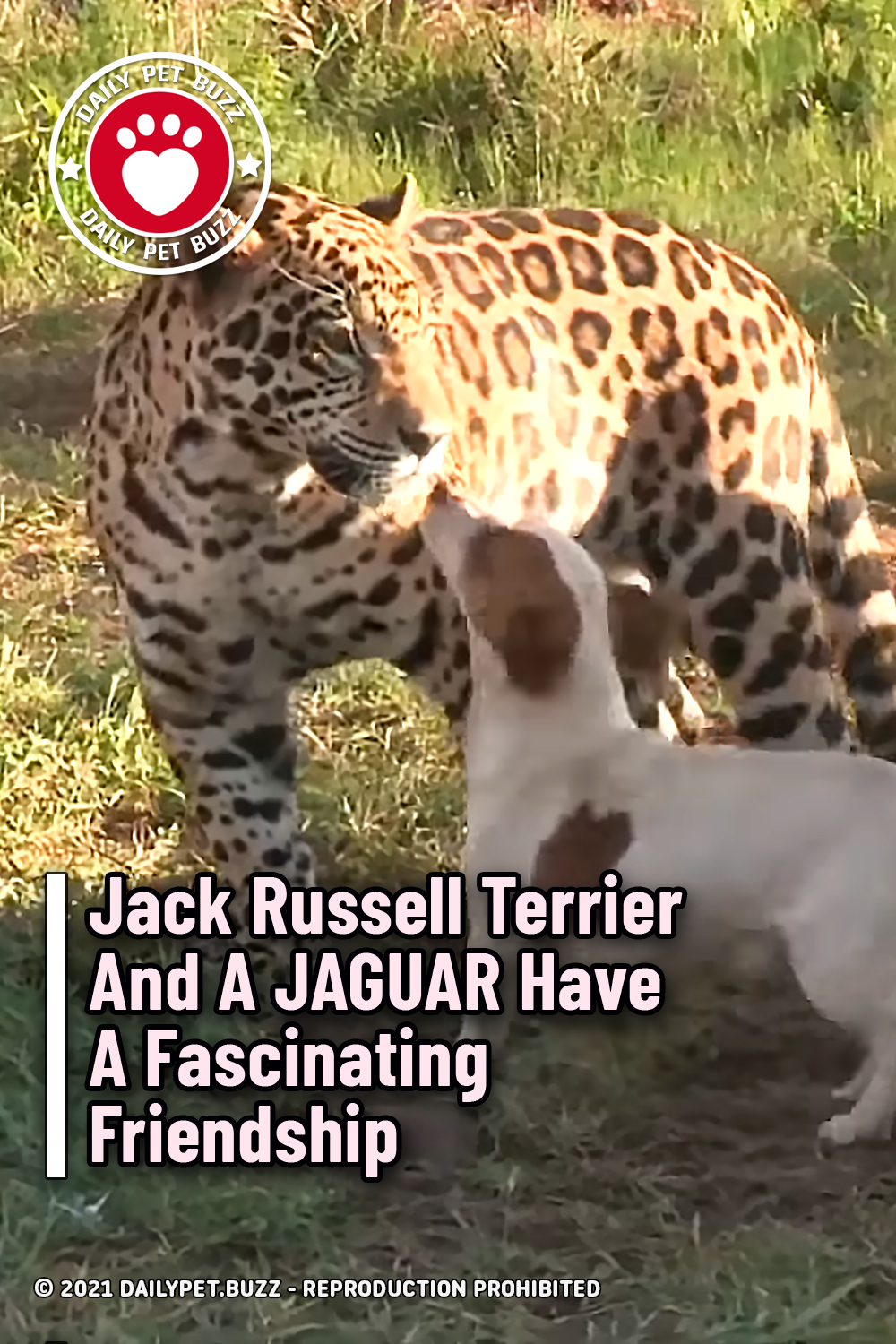