Just like human babies, puppies spend most of their time sleeping and usually, it’s pretty adorable to watch. The Golden Retriever in this video decided to plop down on the floor instead of his bed, and for good reason. He was hot and found a way to cool off, although the people in that room might not agree with his choice of sleeping arrangements.

This smart puppy discovered the air conditioning vent and decided to cool off while catching some much needed sleep. As the puppy catches some Zzz’s, he is in such a deep sleep that he doesn’t even notice that his ears are flapping in the ‘wind.’ It’s so cute, and if he was my puppy, I would do just what this owner did and film it so he could make his internet debut.

The dog’s owner decided to capture the precious moment on camera, and we’re so glad she did! It’s super cute watching this tiny puppy dreaming. The old saying ‘let sleeping dogs lie’ definitely started for a reason, as you can see with these cute canines who just can’t get enough Z’s. And some dogs can just fall asleep anywhere, like this little puppy who loves the cold air.

If you love dogs, this video is guaranteed to put a smile on your face. But be warned! It might make you want to curl up for a nap of your own.

Have you stumbled upon any funny moments with your own sleepy pooch? Let us know about them in the comments! We’d love to hear from you! 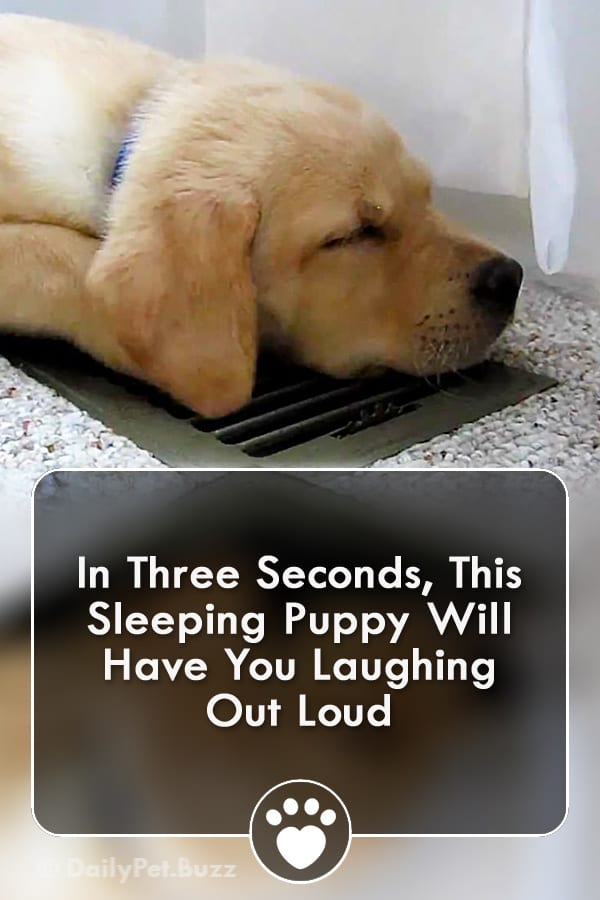