One of the most heartbreaking things that can happen to a person or animal is to lose their children. This is in the ‘they were JUST HERE’ way, not in the ‘I didn’t even know they were sick’ way. The worst scenarios run through their brain about what could have happened to them. Then there’s the sheer relief when they are reunited. The weight of the world has been lifted.

A mommy dog had that happen ” though the video doesn’t explain how it did. She lost her puppies and was probably worried sick. Then the puppies were found and returned to her. She nuzzled her babies and let them nurse on her. Then she did something I’ve never seen a dog do before: she cried. She probably cried in both relief and gratitude. Some say that dogs don’t share the same feelings that we do. This dog proved that wrong.

Of course, there may be those who try to explain it away as being something else. ‘Dogs don’t cry!’ they say. Then again, they may also say that there’s no crying in baseball. This dog is clearly crying. She just went through one of the worst mental ordeals a mother could go through and she’s expressing her relief. Watching the video made me want to reach in and pet her to comfort her too. You can tell she cares about her puppies.

Even though this is a short video at all of 15 seconds, it’s one of the most impactful ones I’ve seen. You feel the raw emotion right there. There’s no build up or lead-in. You’re with this dog right from the start. Having an introduction or padding the length of it with a re-creation of what happened would have blunted the impact, in my opinion.

I was nearly moved to tears myself. How about you? Did you need a tissue? Leave a comment below! 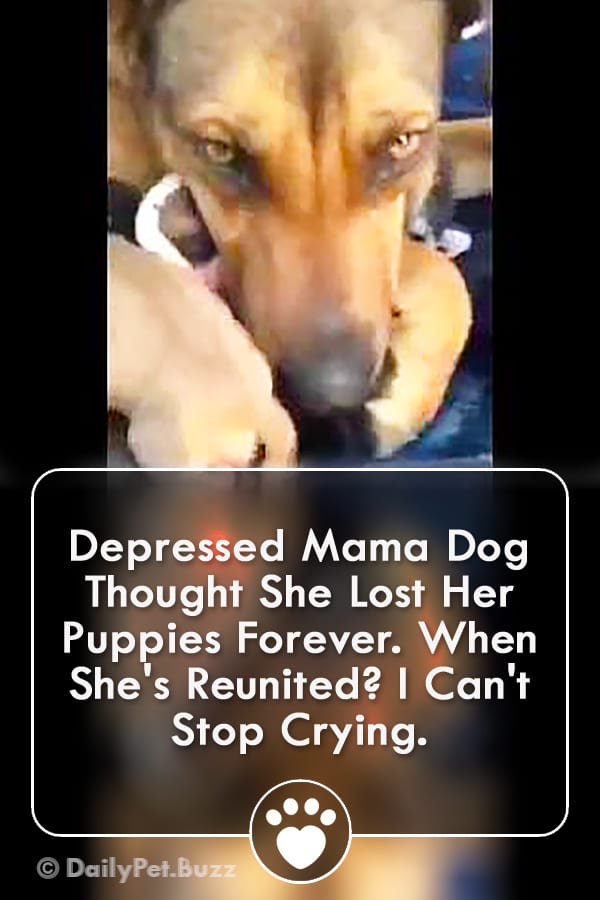