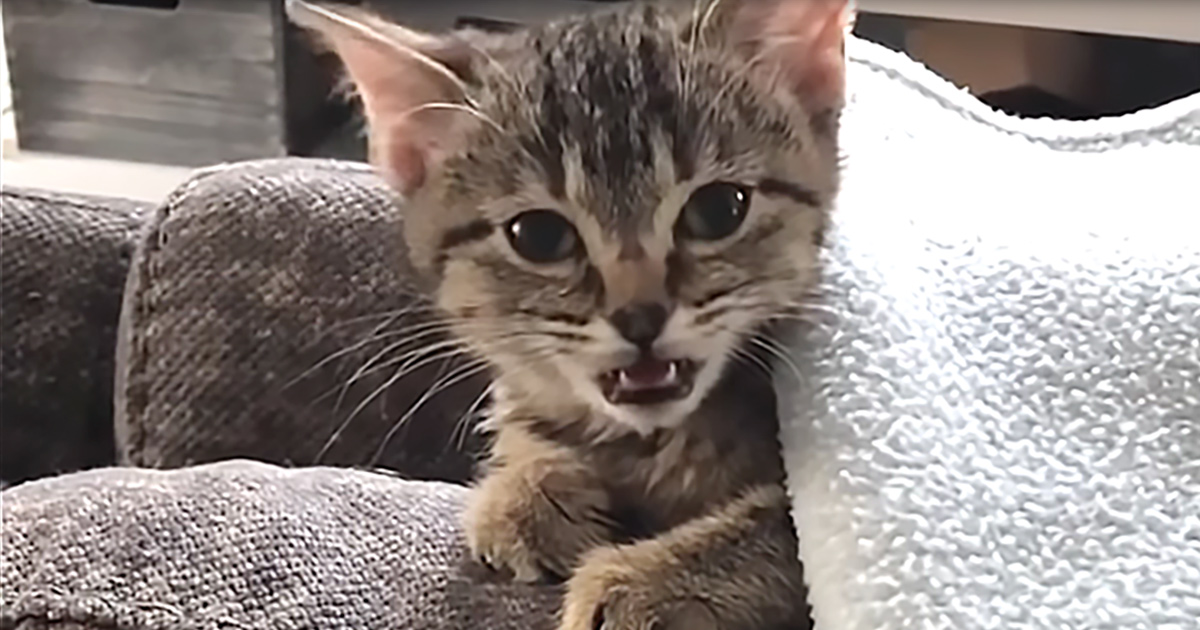 During the process of rescuing 69 cats and kittens from both outside and inside a hoarder’s house with a plan for TNR (trap-neuter-return), Nikki Martinez’s husband heard tiny cries coming from inside a pile of garbage nine feet high. Working tirelessly for hours to get to the tiny tabby, the man finally extracted the little kitten from the rubble.

After several weeks it appeared that the kitten was failing to gain weight like her peers, and her rescuers grew concerned. Nikki took the kitten to two different vets who both gave her a clean bill of health. Nikki remained unconvinced and finally brought the petite kitten to a feline specialist.

This third veterinarian confirmed that the tiny tabby, now named Jolly, was not growing because she had missed out on the nutrition she had needed during a crucial portion of her development and that was keeping her from properly absorbing the nutrition from her current diet. With some daily supplements, Jolly finally began to grow and thrive.

Her energy restored, Jolly found her favorite place in climbing to her initial rescuer’s shoulder for rides and cuddles. Nikki’s husband was happy to oblige and allowed her to indulge her appreciation for her favorite human. He and Nikki will certainly miss little Jolly now that she has gone to her forever home to be loved by her new family. 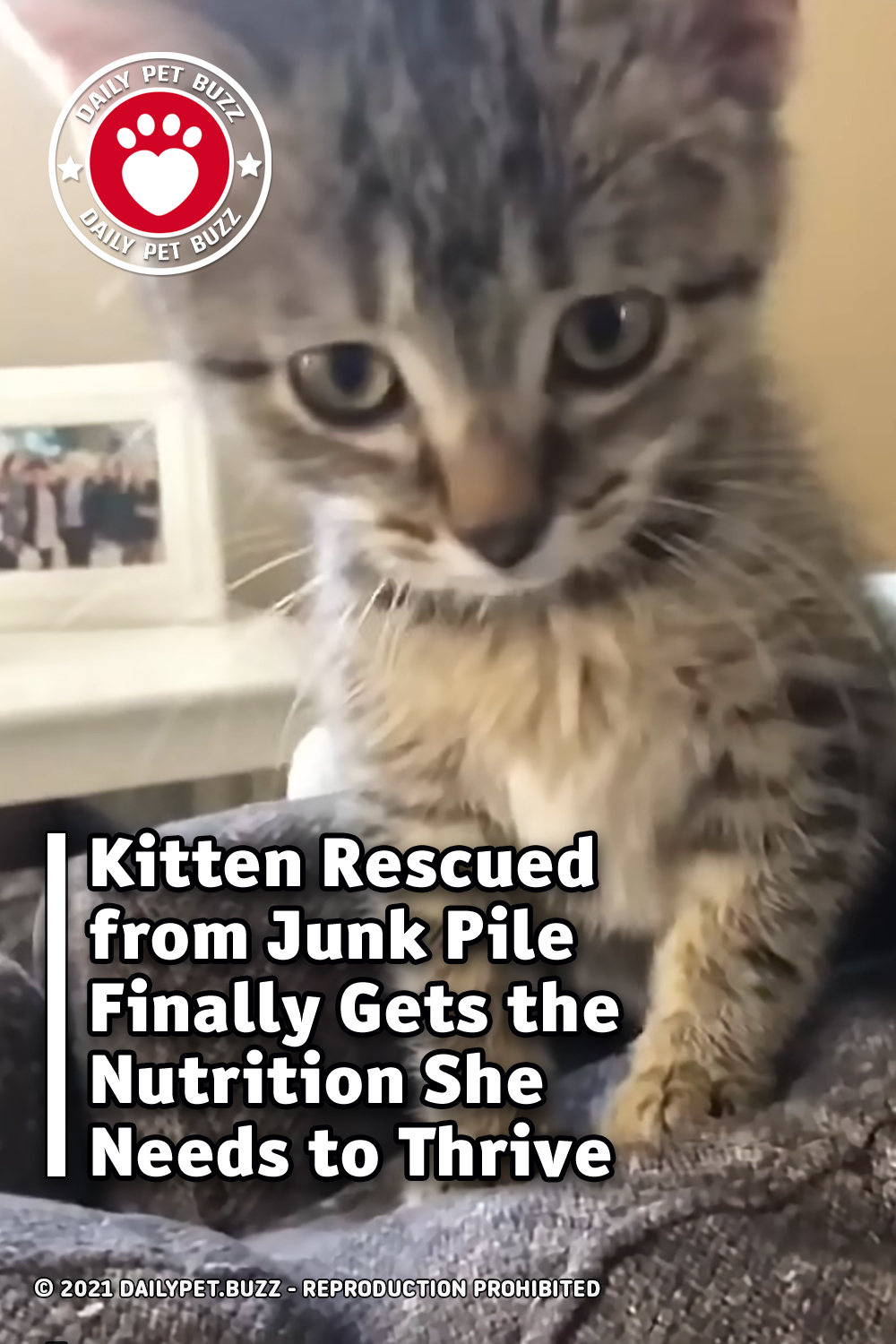