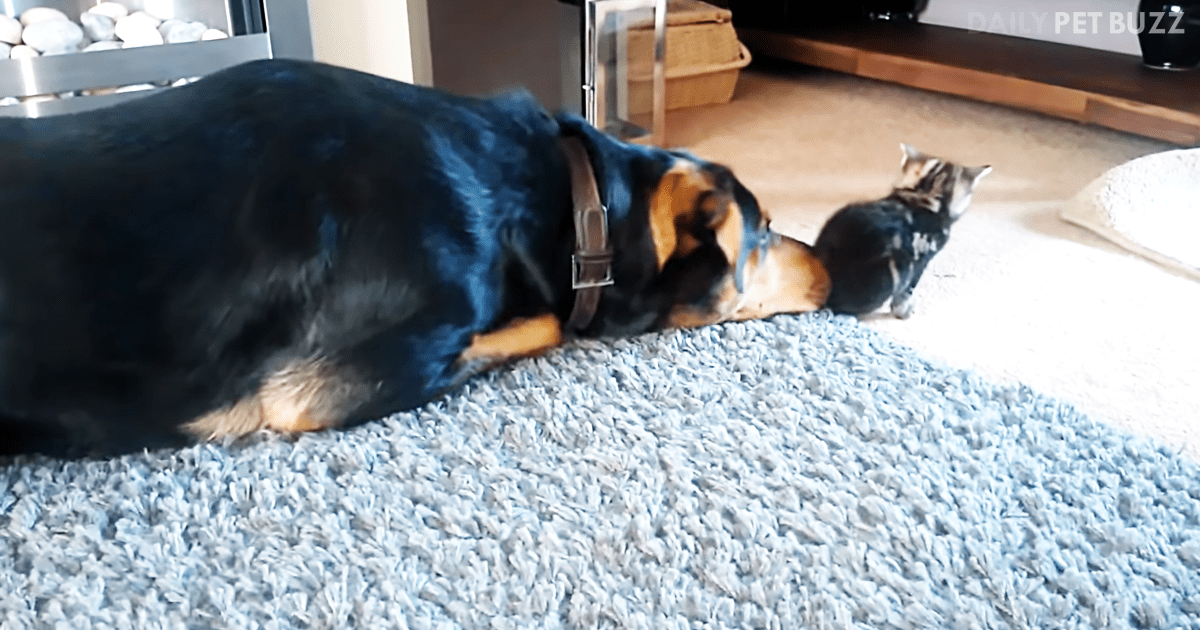 Have you ever met someone new that just seems that little bit too keen on a potential friendship? It can be a little intimidating and off-putting at times. The excitement may be unintentional and innocent, though. Maybe the new friend is just super happy with everything and wants to spread the joy.

The pooch in our video today really, REALLY, wants to make friends with the new kitten in the house. Cats will be cats, though, and it seems indifference is something they may be born with.

Despite this funny dog doing all he can to make friends with the tiny little kitten, the interaction does not seem to be reciprocated. The tiny kitten isn’t the least bit intimidated by her giant canine companion.

How can that kitty avoid falling into the sweetness in those big doggie eyes? He just wants to be friends, and kitty really isn’t all that impressed and would rather be grooming herself instead.

The doggie won’t give up so easily; he is determined to have a new kitty friend. He drags himself on the carpet, getting closer and closer until he finally gives the little kitty a push with his muzzle. The kitty just moves away, continuing her self-cleaning session, but the dog keeps pushing her gently. Oh come on, don’t be such a cruel kitty, give some attention to your dog friend. We are sure you can have just as much fun despite your size difference. 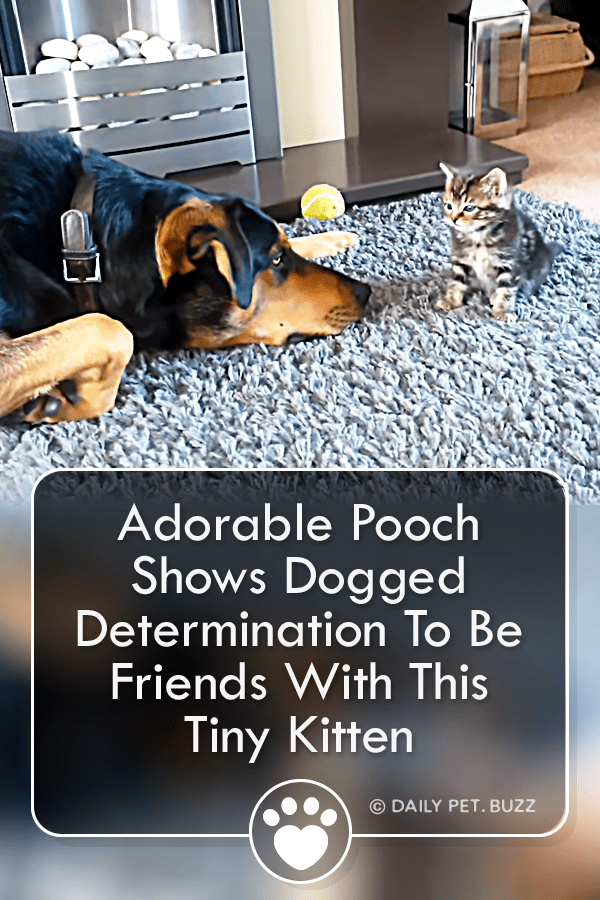