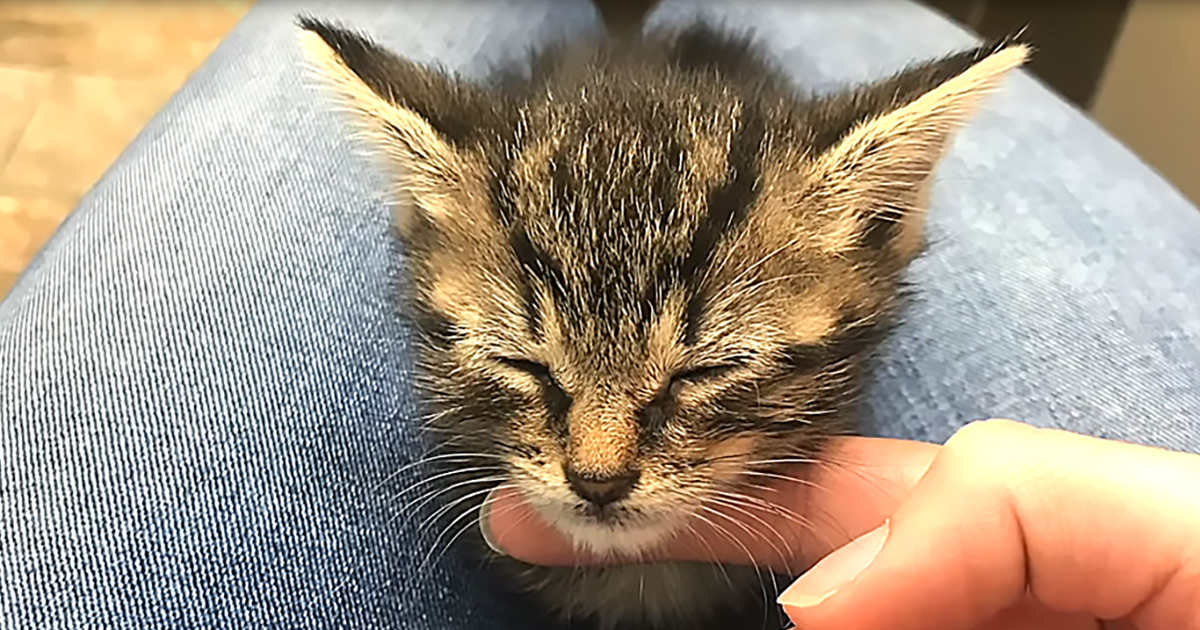 When Stephen Austin started moving into his new home in Detroit, the last thing he expected was to inherit a new little soul to depend on him. Already a dad of two cats, he found the little one meowing loudly for help just outside his new house and immediately accepted the challenge.

The kitten cautiously approached him and allowed him to gently pick her up to snuggle her against his shoulder. Timid at first, the baby relaxed against his tender stroking. She clearly felt comforted quickly by his gentle demeanor.

Since Stephen was still moving his things into his house when he found the tiny tabby, his friend volunteered to take her in and have the veterinarian check her over on that first night. She required minor treatments for parasites and some eye drops, but otherwise checked out with a clean bill of health.

As soon as Stephen’s friend got the baby home, she offered the little tabby some food, which she ate ravenously. With her belly full, the tiny newcomer settled in and purred herself to sleep. This is just the beginning of the kitty’s new life, but it is a great start. 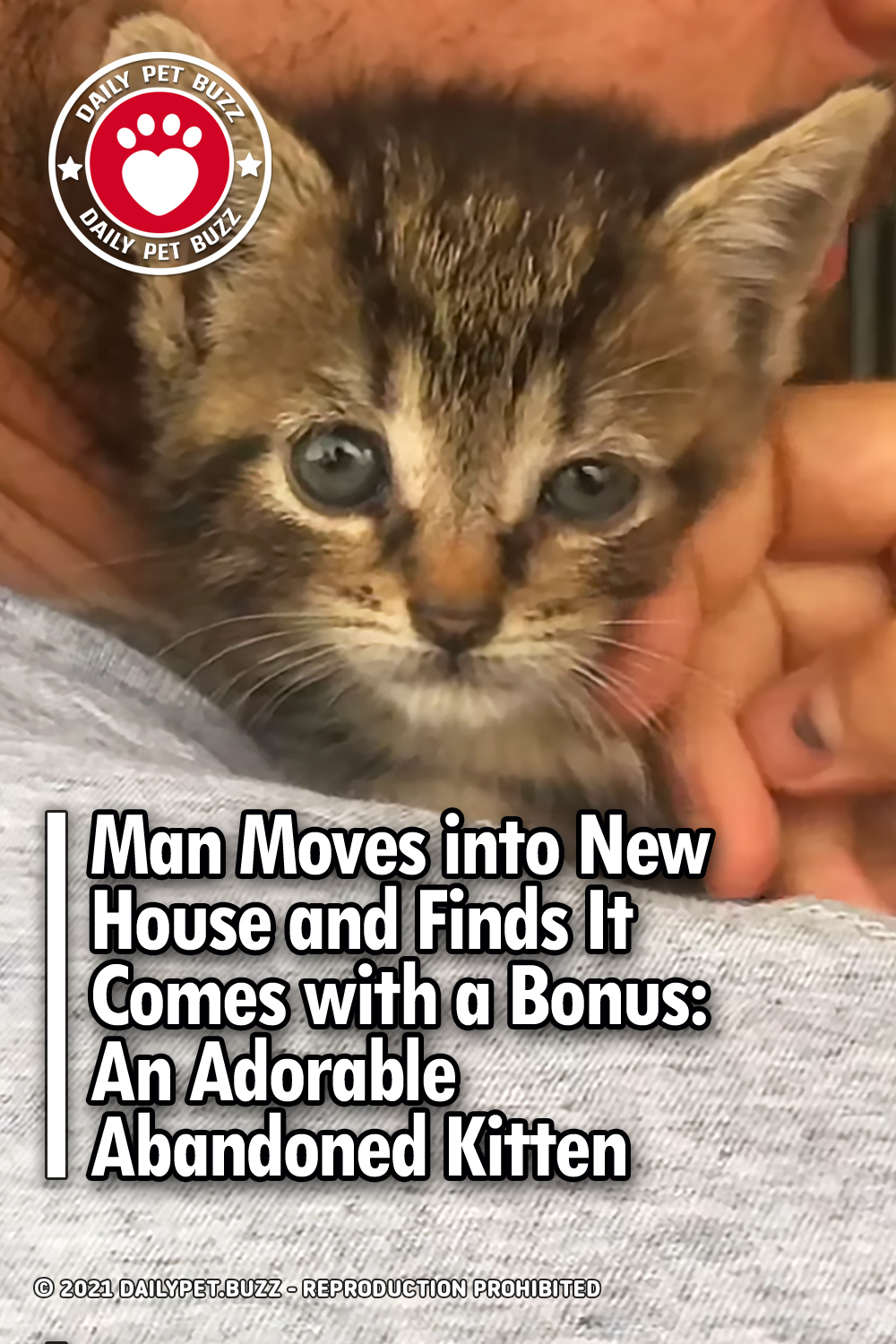