The will to live can be stronger than we understand, even for animals. The dog in the video above is a perfect example. When rescue volunteer Valia Orfanidou say this dog’s picture on Pinterest, she wanted to give it a safe place to live it’s last few days. What happened instead is a testament to the power of love.

It was November, 2014, when Orfanidou first saw the dog. The image was like something out of a horror movie. Gaunt, with matted fur and a slinking appearance, the dog looked ready to give up.”The crazy thing about that dog was that his story was, and still is, unbelievable to some,” Orfanidou said. “When his first photo was posted by a woman who had passed him on a train, there were people claiming it wasn’t real, that it was a fake photo taken out of a video game or something like that.”

When they picked up the dog, who they named Billy, he was terrified, and in bad health. The first few days he spent in Orfanidou’s home, he would barely move, waking up only long enough to eat. Slowly but surely, Billy regained his strength. He began taking short walks, and the glint of hope returned to his eyes.

During Billy’s recovery, Orfanidou was contacted by a woman named Emma from Switzerland. His forever home had been found. Instead of giving Billy a comfortable place to die, Orfanidou gave him a new lease on life.

Watch Billy’s moving story in the video above! What did you think? Leave us a comment, we’d love to hear from you! 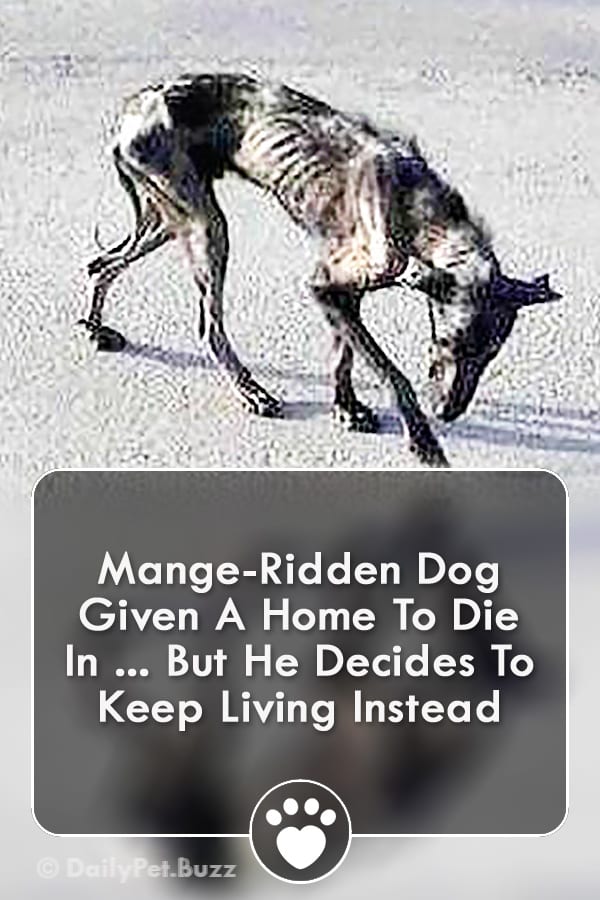