It’s always rough to see these Vet Ranch videos. They show the worst of what humans can do to dogs and other animals. On the flip side of the coin, they also display the best of humanity in the form of the vets who care for them. These people champion the animals and bring out the best in them so that they can go find a place to live permanently where they are loved.

Doctor Matt is a vet at Pet Ranch and he’s got a new patient, Murphy. Murphy was brought in by a woman who found him on the street. He’s a very shy, but friendly dog, who has a couple of scratches on his face, a nasty gash on the back of his head and a retracted testicle. Dr. Matt’s going to fix up Murphy as good as new. He’s the one holding the camera, probably using a selfie stick and he’s very calm and soothing to both the dog and the viewer watching.

I’m going to warn you though ” for like the first minute and a half, the vet focuses the camera a LOT on the wound on the back of Murphy’s head. It was like a horror movie. I’d close my eyes and listen to him talk. If it sounded like he had moved on – . Nope. Still showing wound. Sigh. In case you haven’t figured it out, I don’t like gore. Fortunately, he did not show the footage of him neutering Murphy and pulling out his retracted testicle. Aren’t you glad you clicked on this?

Seriously though, they fast forward a bit and Murphy looks GREAT. His wound’s healed and he’s a friendly, social dog. The woman who found him is going to foster him until he finds a forever home. The video ends with her scooping up the pooch and putting him in her car, off to a much brighter future. Hopefully he was able to get the forever home rather quickly ” he deserves it. The people at Vet Ranch deserve kudos for what they do.

What an amazing video ” the wound-less part, that is. What did you think? Tell us in the comments below. 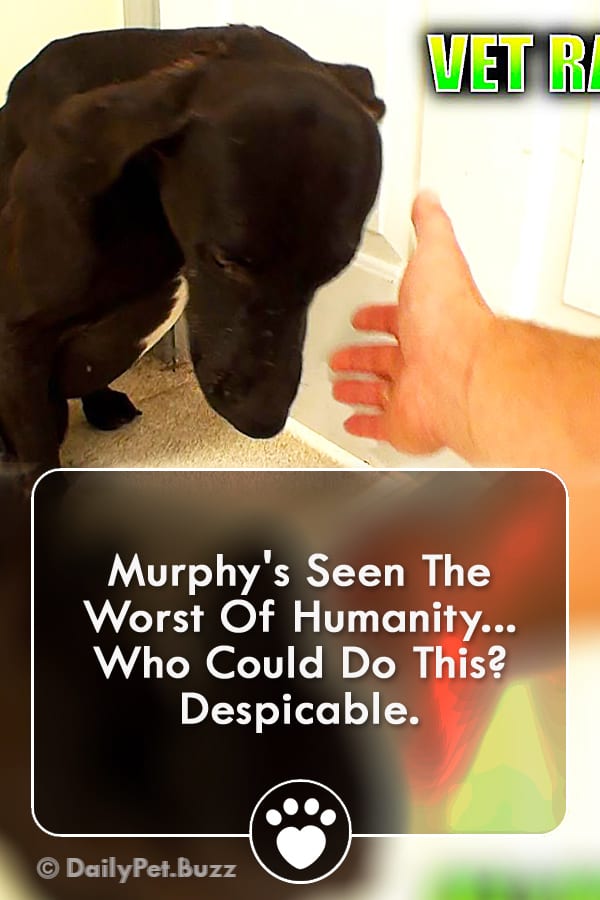