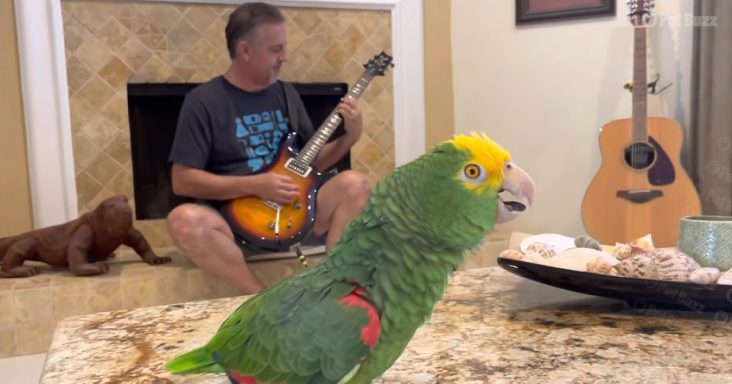 There is an Amazonian parrot called the double yellow-headed Amazon parrot. They are known to be the best mimics in the Amazon, and second-best in the world to the African grey parrot.

Tico is one of these Amazon parrots, with luscious green feathers and a beautiful singing voice. He is 18 years old, so he’s old enough to drive.

Perched on his stand a parrot named Tico calmly waits for his friend Frank Maglio to begin playing on the acoustic guitar. They are both known to do covers and improvisational music together.

Maglio masterfully plucks the strings of the guitar, playing Kansas’ “Dust in the Wind.” It is a fairly mellow song, and Tico turns his head slightly in the direction of the guitar, listening intently.

He lets out his signature screeches and whistles, matching the melody of the song as best as he can. It is an impressive show of talent on both their parts.

Despite the song being slow, it doesn’t stop Tico from showing off his vocal prowess. He hits a series of complicated notes a few times. Even for a human, it would be difficult to do.

Tico seems to know the song is about to end and he becomes quiet, allowing Maglio to pluck the last new notes and strum the final chord. A wide smile appears on Maglio’s face when he finishes the song. 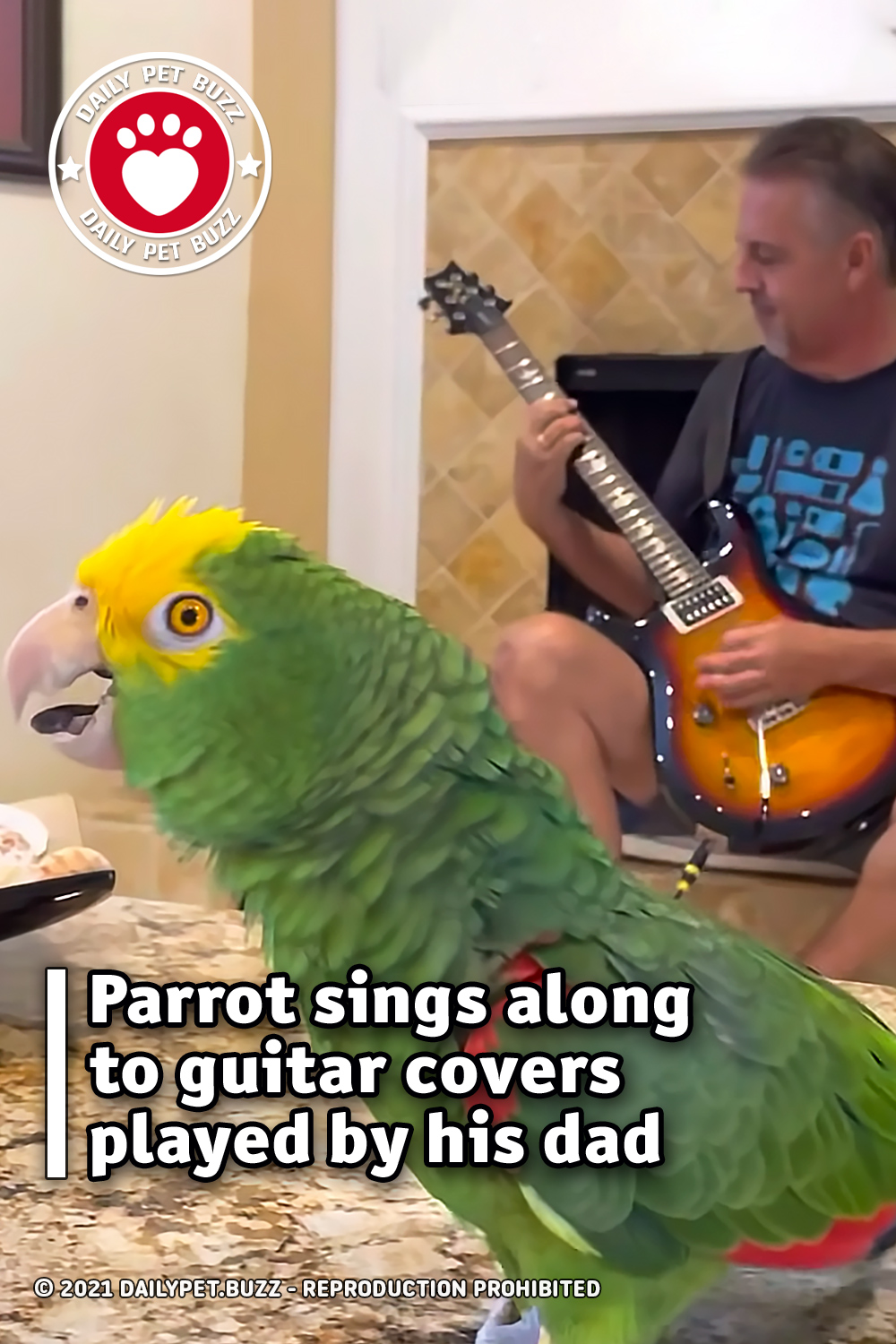