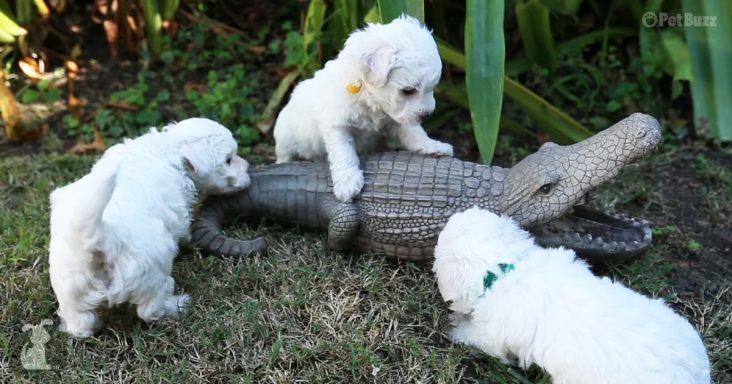 It was a bright clear day in the beautiful pristine garden. The toy alligator was lying completely still, arm missing but still strong. In the distance, three puppies approached.

Small, white, adorable, and strong, these were the attributes of the puppies. They were of the Bichon Frise breed, a mighty and proud dog. The alligator didn’t stand a chance against them.

As expected the puppies stood tall against the alligator, not even backing down for a second. They ran around it, climbed it, sniffed it, and touched it with their tiny paws.

The toy alligator made no moves, it stayed as still as a statue while the puppies enjoyed the fruits of their labors. The garden was theirs to do what they wished.

So, they played and continued to do so until they were tired. With so many plants and leaves hanging right above their heads, there were so many curiosities around them.

They stayed near each other and the alligator as they explored the wilderness, making sure to sniff and bite what they could. It was a brave new world for them.

Overall it was a very successful day for the Bichon Frise puppies. They won against the alligator and they made new discoveries about the backyard. In time they will mark even more territory. 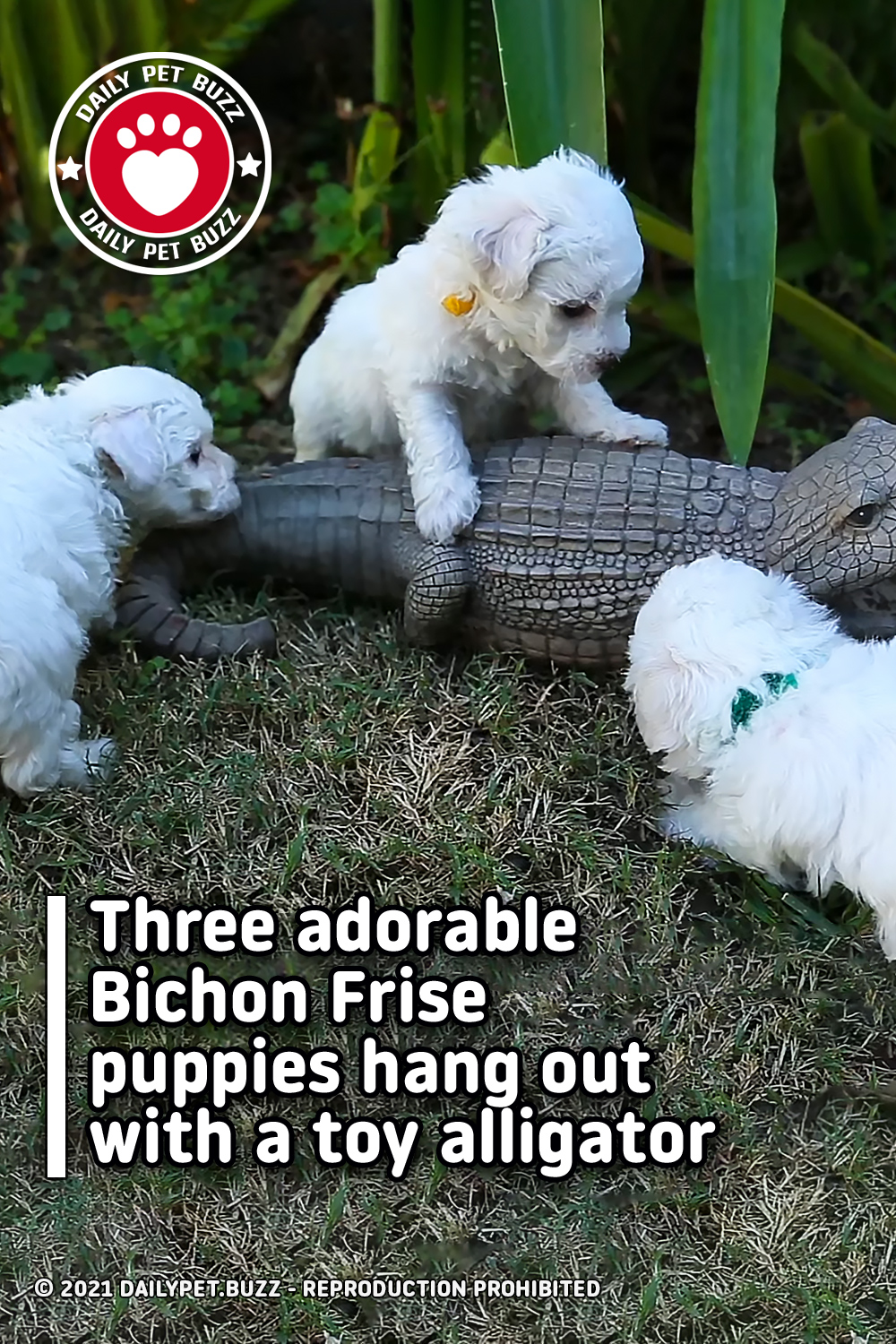