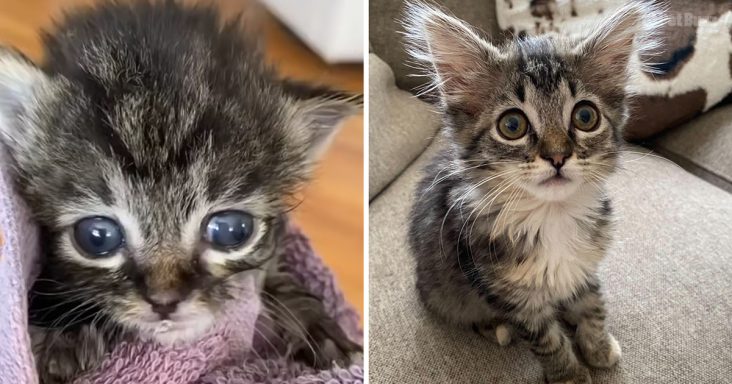 While Bagel the kitten grew more slowly than other kittens, she displayed the spirit of a wild cat. The founder of Kitten Rescue Life, Amanda Hodder, took her in.

Kittens of Bagel’s age need constant care to survive. They saw that her development was slow and delayed, and she hadn’t opened her eyes at three weeks, when most kittens can see by two weeks of age.

Despite her size, Bagel ate lots and was determined to become strong. The shape of her head revealed that there was something more they needed to figure out.

Bagel weighed 0.4 pounds at six weeks old, and they had to wait longer to perform tests on her. Eventually, they found she had open fontanels, which was a symptom of hydrocephalus.

They gave her steroids and antibiotics, which Bagel responded to very well. Bagel grew slowly but surely after a few months. She surprised everyone with how much progress she had made.

Amanda says that Bagel can even play too rough sometimes with the other kittens and bigger cats. Bagel is also incredibly loving and affectionate.

Everyone is so thankful for Bagel’s spirit. They cannot wait until a loving family comes to adopt their little fireball. Bagel is small, and her love for life is immeasurable. 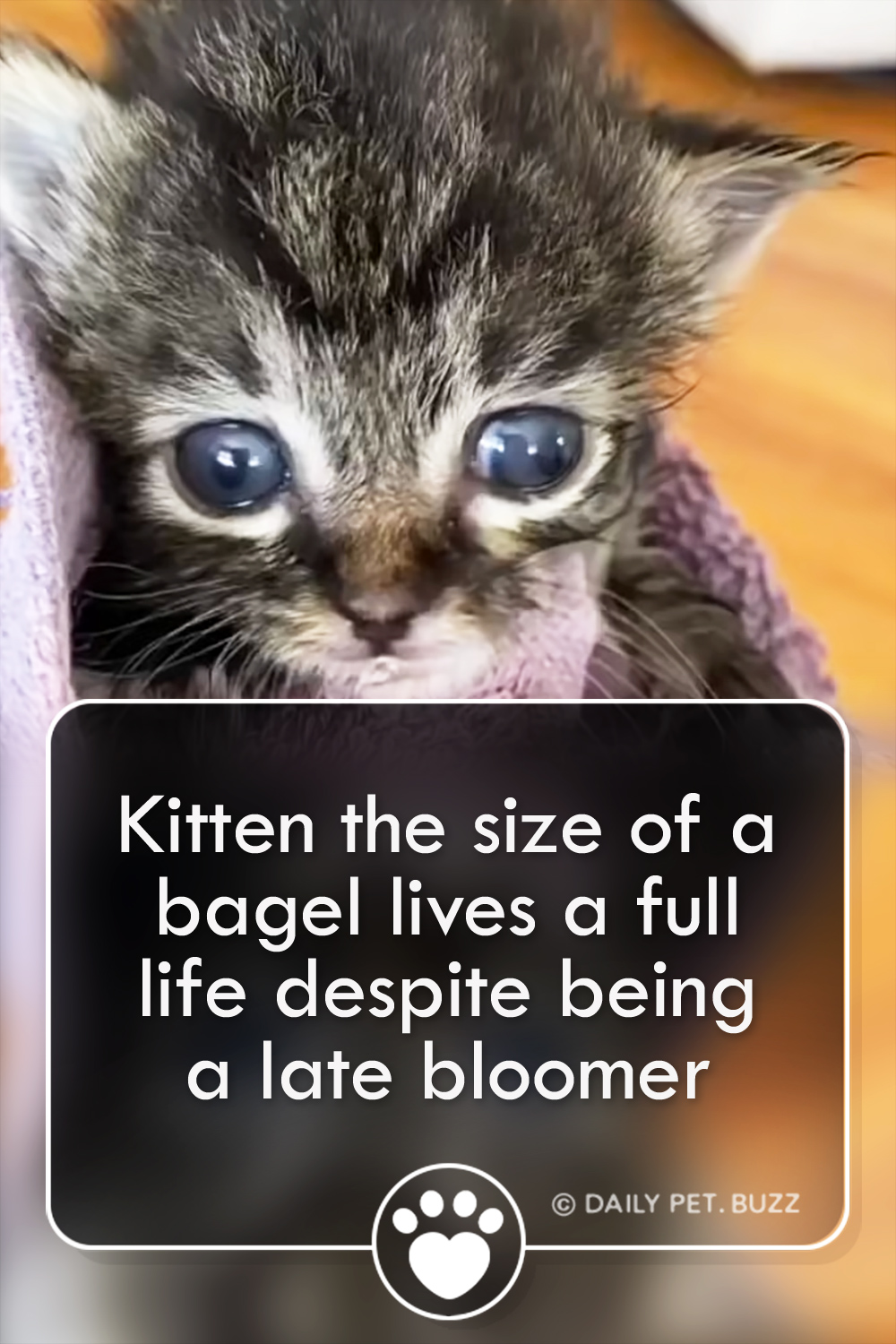