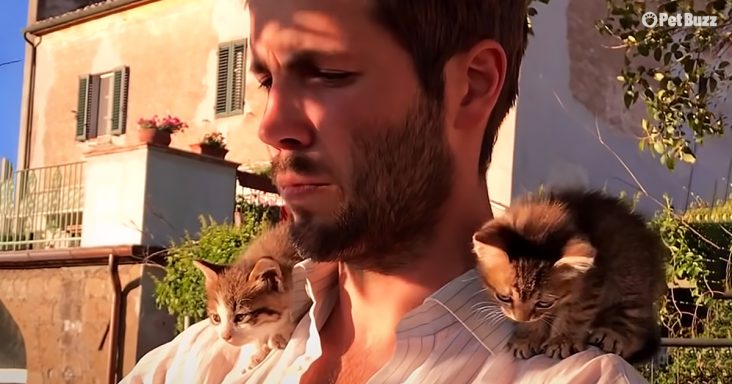 Caleb loves to paint in Sorano, Italy, with his two rescue kittens resting on opposite shoulders. Cici and Nunu are the two kittens he brought home one rainy day.

Their mother had moved locations and never came back. Caleb heard them crying, and after he brought them inside, they slept for a long time. In two days, they became rambunctious little kittens.

Cici and Nunu were scared at first, but then Caleb quickly became their mother. They were always on his chest, shoulder, or under his neck. Caleb was never alone again.

His mothering instincts kicked in, and he loved to take care of them. Caleb works as an artist, and he paints on location frequently. When he goes out, he takes Cici and Nunu with him.

While painting, the adorable kittens usually perch on his shoulders. People ask him if he’s worried they’ll run away, and Caleb says they never stray far from him.

They are his tiny sidekicks. Sometimes they end up on his lap while he paints. He tried putting them down to follow them, but they would instead follow him.

Caleb loves how animals bring a lightness to his life. People around town see Caleb walking around with the kittens on his shoulders. He sees through their eyes and catches details he may have missed or taken for granted. 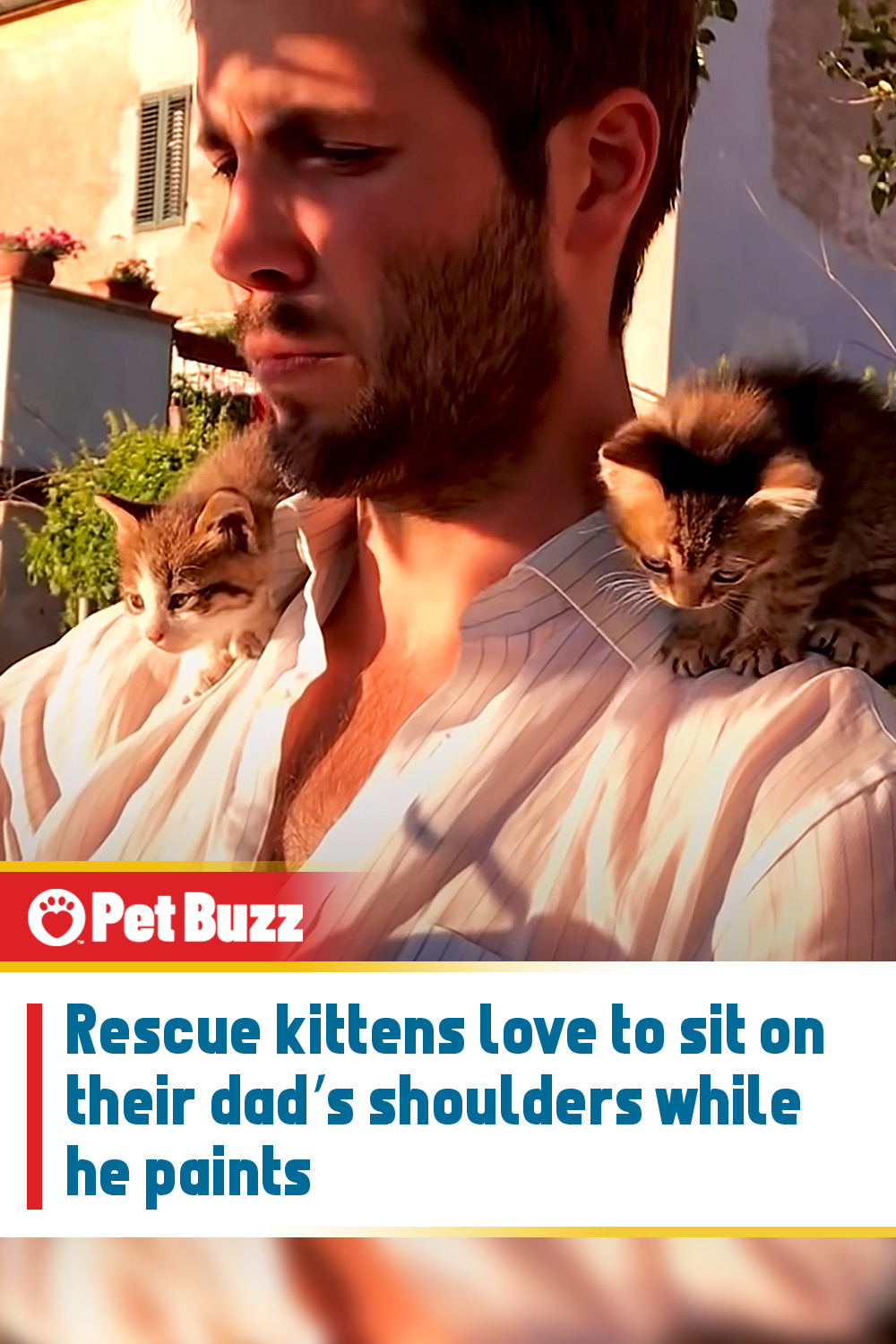