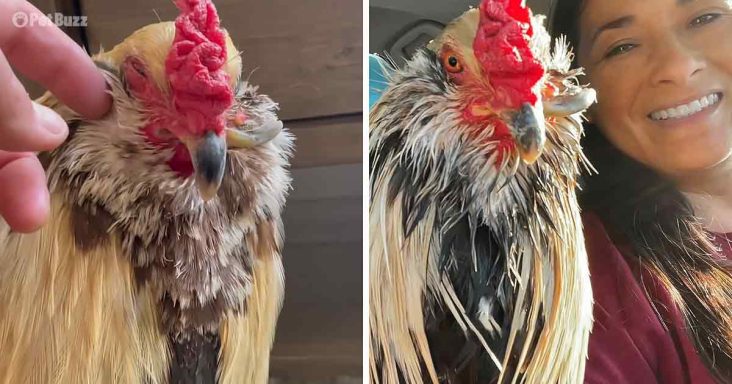 Poppy, a rooster, thinks that Tricia Stone-Shumaker is his hen. He is a special needs rooster with a lower beak that curved over time, which means he cannot eat on his own.

Everything that Poppy needs is supplied by Tricia. She gives him food, sustenance, and love. Poppy eats two to three times a day, and Tricia has had him for over two years.

Tricia considers him to be her little buddy. She used to travel every six months, but since poultry can’t travel on planes, Tricia had to find another mode of transportation.

For her son’s graduation at West Point, they rented an RV and drove cross-country to New York. In the vehicle, they had Poppy, a duck with a broken leg, and two dogs.

Poppy has a strong bond with the animals in their house, and sometimes he acts like a dog. Tricia works as a speech pathologist, and Poppy enjoys going to work with her.

All the kids that Tricia sees or visits love to interact with Poppy. When Poppy isn’t with Tricia, he is with her husband, relaxing on the couch.

Tricia wants to raise awareness that chickens with curved beaks shouldn’t be culled. Animals with special needs should be celebrated instead of put down. She can’t speak chicken, but she understands Poppy, and he has shown her nothing but love. 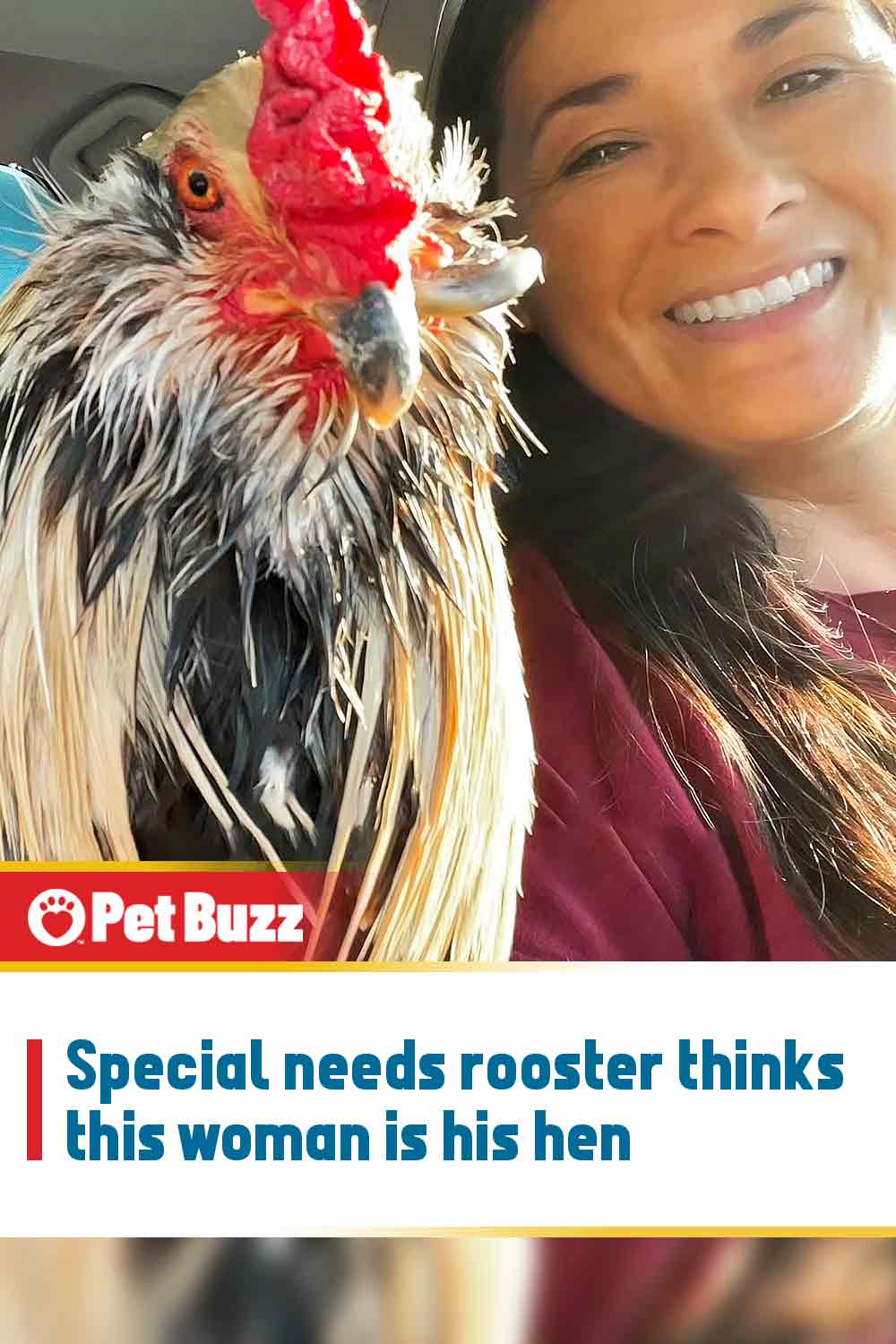