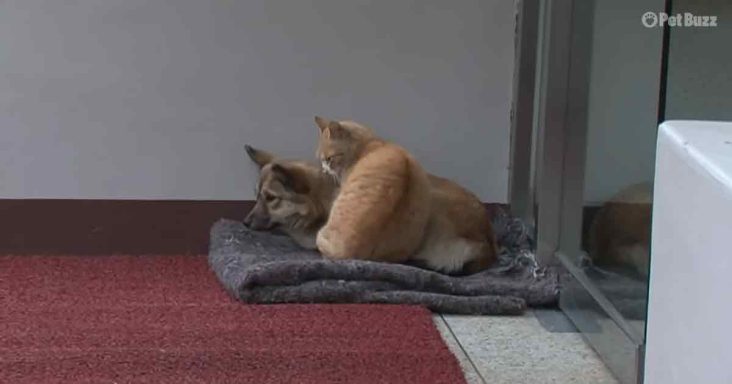 Nyang, a stray cat, comforted a puppy, Meong after his owners had to leave him behind. For around six months, Meong was seen wandering outside the building where he used to live. 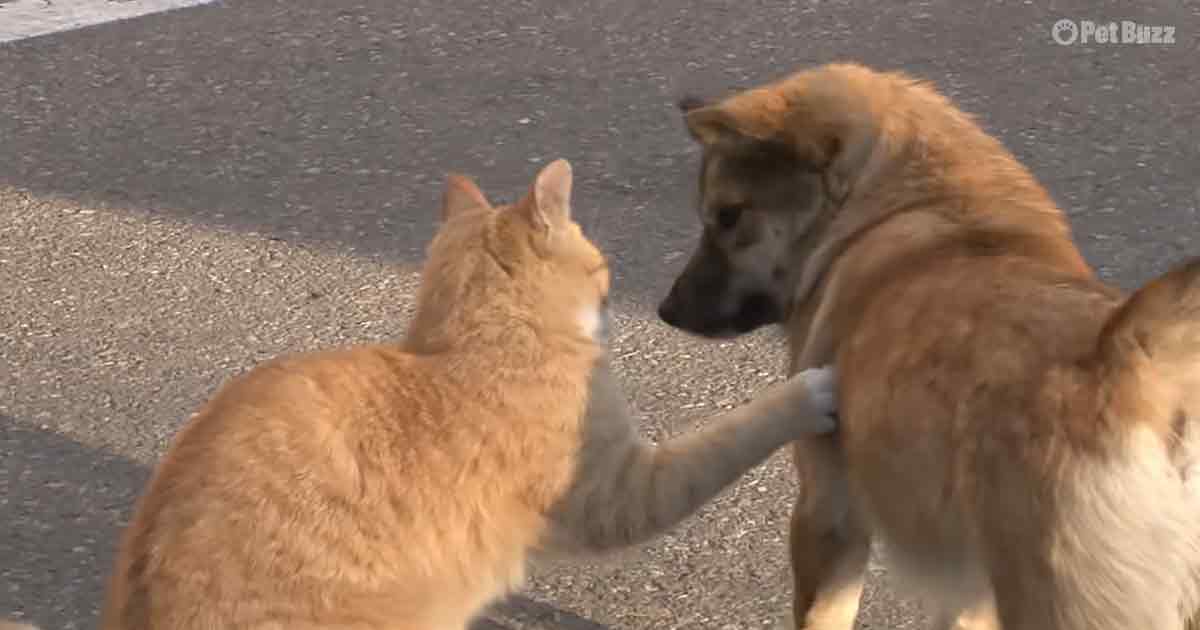 Meong’s owners were taken to a senior care center, and unfortunately, they couldn’t take their dog with them. Even with them gone, Meong continued to wait for them to come back home.

The neighbors were sympathetic to Meong’s situation and gave him food and water when they saw him. Eventually, they noticed a stray cat started to provide company to the lonely dog. 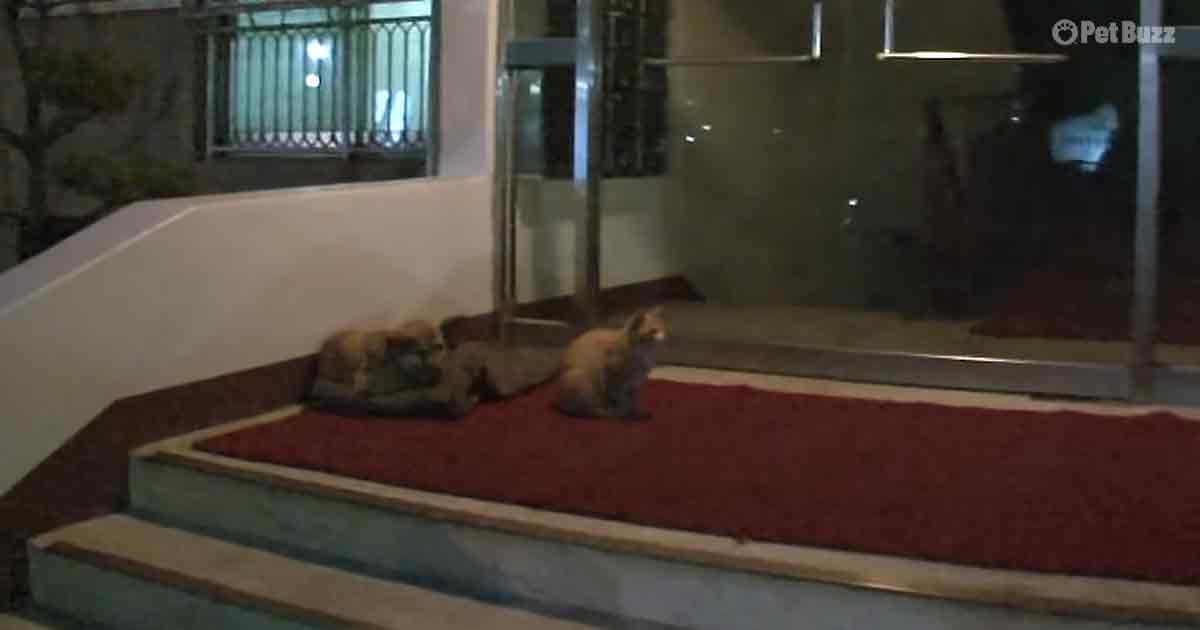 Nyang offered her support to Meong, and they constantly cuddled, especially on cold nights. The residents of the building even built a small shelter for both of them.

Meong and Nyang still preferred to stay on the stairs of the building. It was probably so Meong could keep an eye out for his owners, who he hoped would come back for him. 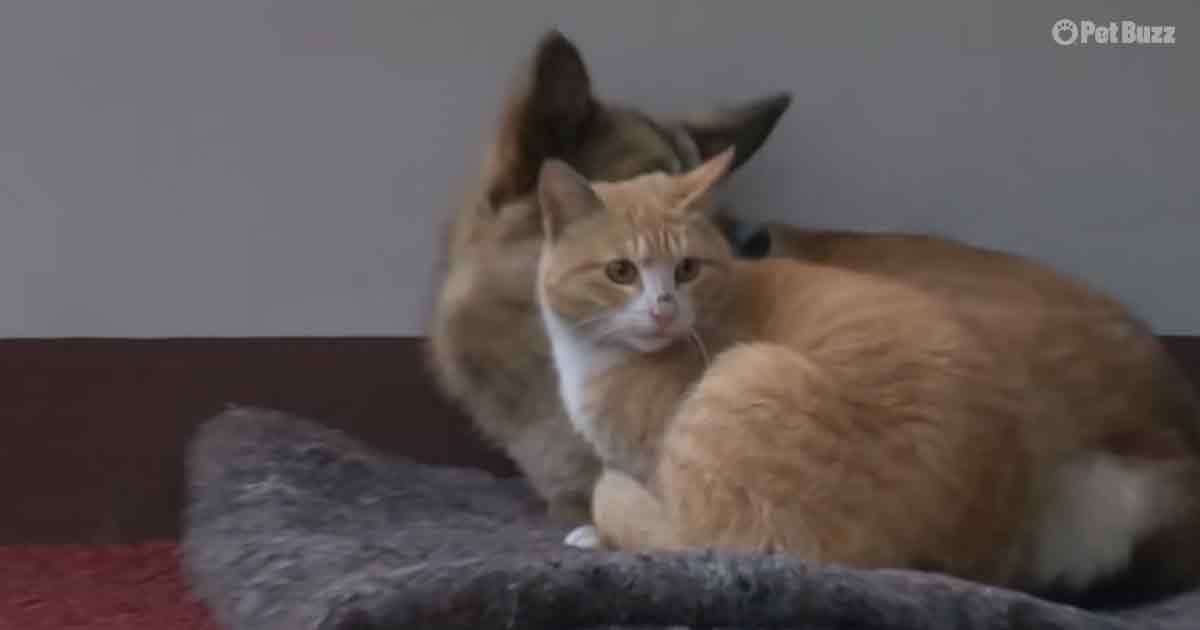 The residents were worried that Meong and Nyang wouldn’t survive through the winter if they were out in the cold. They contacted a local rescue center for help.

Together with the rescuers, the residents helped capture Meong and Nyang so they could be taken to a shelter. They stayed at the shelter until someone came to adopt them. 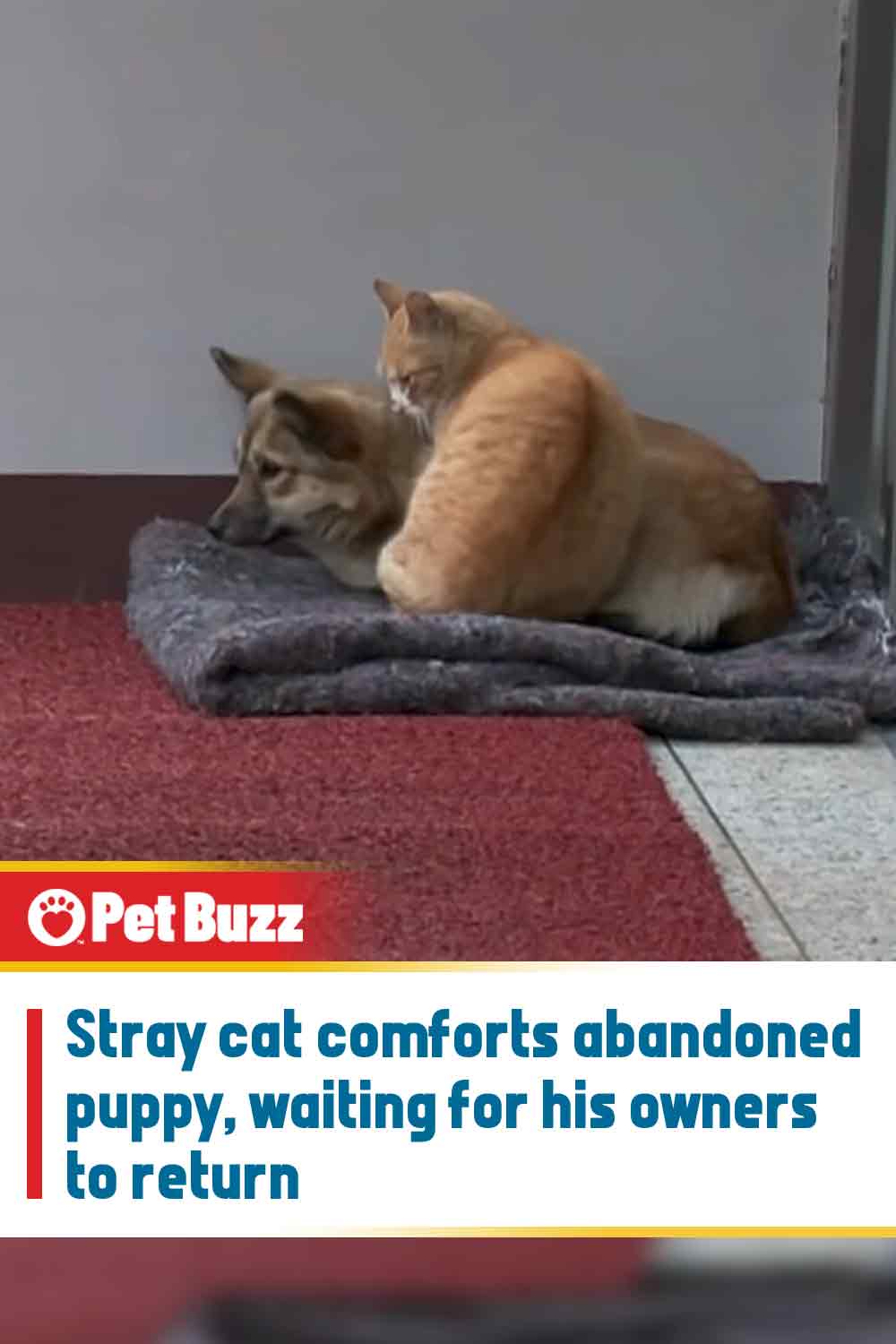