Anshu discovered that her toothless senior cat, Nugget, trills like a pigeon. She considers herself to be a clingy cat mom and believes Nugget is her soulmate.

In the DC area, lots of animals are abandoned on the streets, so Anshu and her husband wanted to do something to help. They went to a shelter planning to adopt a kitten.

Their plans went out the window as soon as they saw Nugget. His teeth were extracted because of an infection, but he was still an affectionate cat.

Nugget went up to Anshu and her husband and started to rub himself against their legs. They had never had pets before, so they were worried, but they connected with Nugget instantly.

With Nugget in her life, Anshu is now a big advocate for adopting senior animals. Nugget has been calm, cuddly, and affectionate since his first day with them.

It wasn’t long before they started to hear Nugget and his amazingly loud purrs. Anshu calls them pigeon purrs, and sometimes it keeps them up at night.

For some reason, Nugget finds comfort when he is around potatoes. One day, he jumped into Anshu’s potato cabinet and claimed it as his. Anshu loves Nugget so much and doesn’t know what she would do without him. 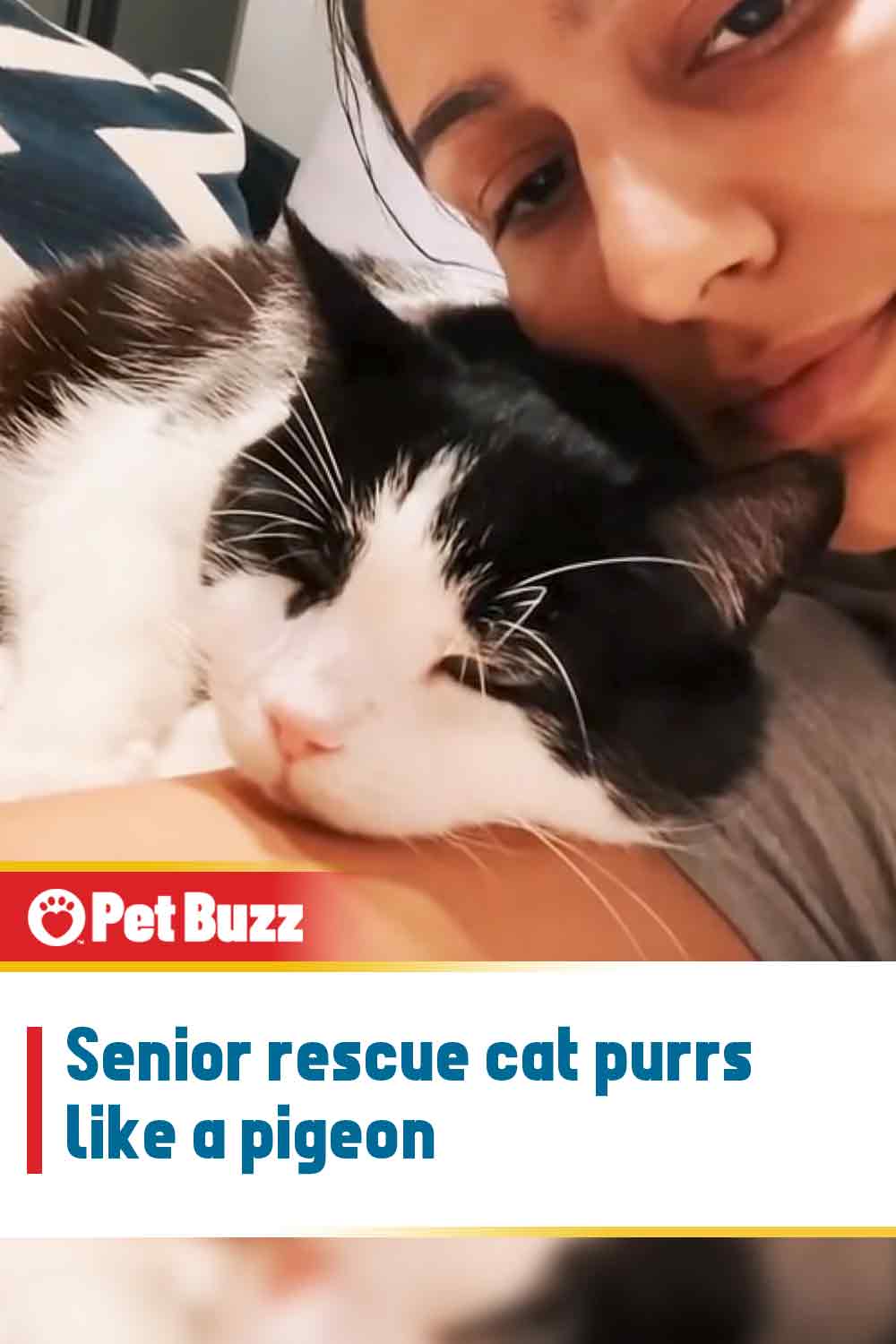