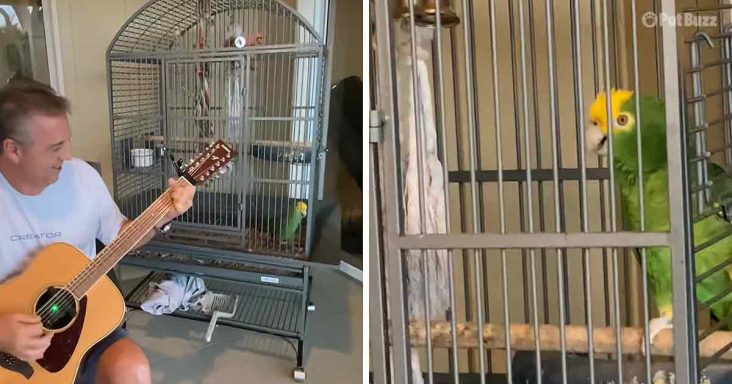 The duo of Tico, a parrot, and guitarist, Frank Maglio, were first discovered when they performed Led Zeppelin’s ‘Stairway to Heaven.’ Since then, they have covered many other songs.

Frank Maglio sat on a stool in front of Tico’s cage. He had an acoustic guitar on his lap, and he started to play the awesome song. Tico was born to perform.

He had bright green feathers and a yellow head. As Frank plucked the strings, Tico patiently waited for the right time to show his vocal chops.

Then finally, Tico started to whistle. His singing was effortless, and Frank couldn’t help but smile. Led Zeppelin energized Tico, and he channeled them throughout the entire performance.

Tico’s bright feathers flared with excitement. With eyes wide open, he climbed his cage onto a higher perch as if he was ascending the stage of a concert.

As Tico rose, so did his volume and notes. It was impossible for him to falter, and his impressive vocals would have captivated a live audience. Tico sang as if he was surrounded by cheering fans.

Frank had a broad smile on his face the entire time, and he could tell Tico was enjoying their performance. Tico slid down to the bottom of his cage, and their epic concert was over. 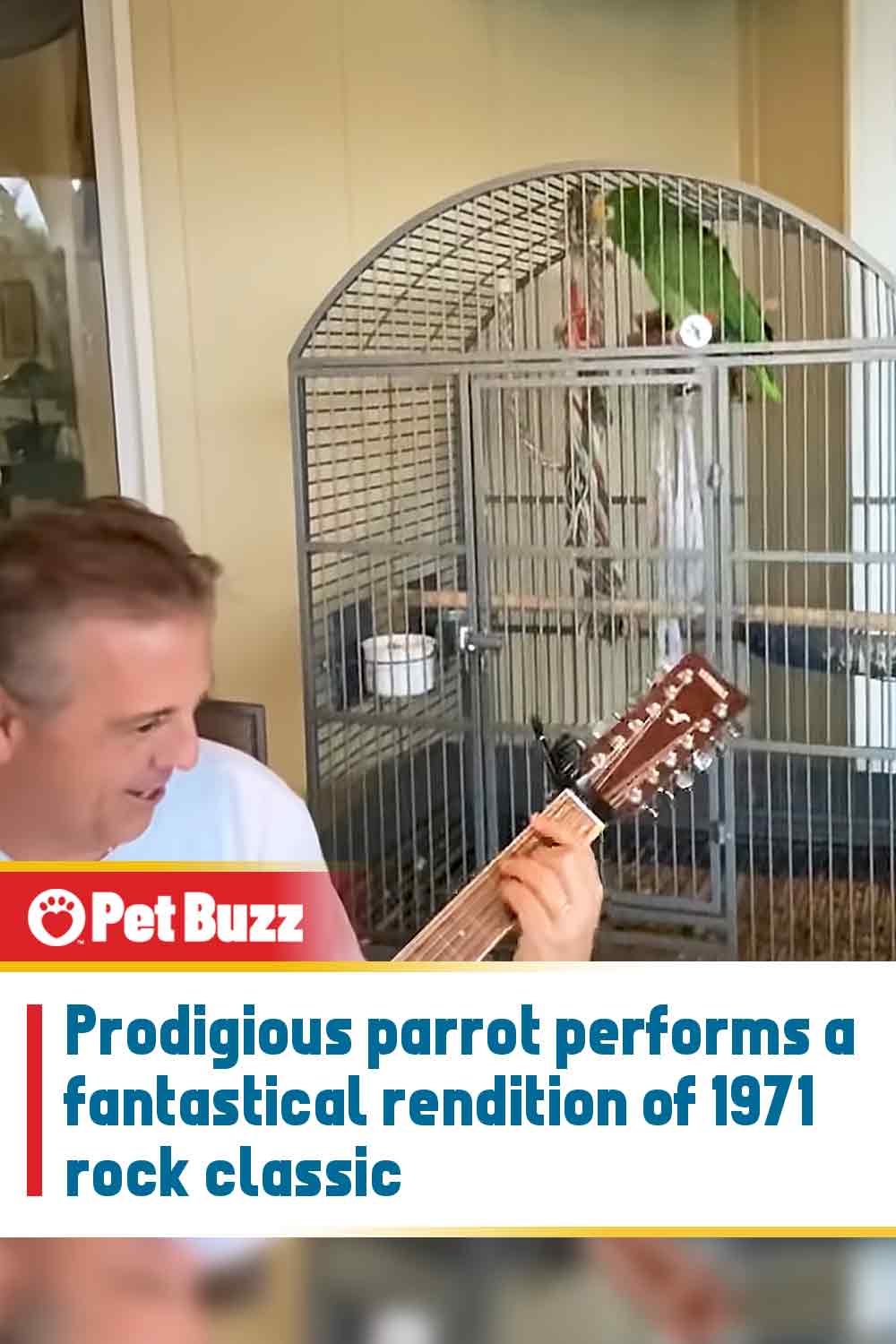