The dog you will see in the video is probably going to be one of the gentlest and most beautiful dogs you will ever see! She is called Lexi and Lexi is a Samoyed. Lexi is trying to wake up her dad very softly. The owner has mentioned in the description that she wanted to go for a walk, and that she doesn’t like it when her dad sleeps in.

Most dogs are known to cause chaos when you leave them unattended for even a little while. But it seems these owners don’t have any problem in that department. Unlike some dogs that might pounce and bounce on you to wake you up, Lexi quietly and delicately taps her dad to get up. Lexi’s wakeup call is definitely one of the best!

First she sits beside him on the bed and gently puts a paw on his chest. She taps his chest a few times, and by now he’s awake, but he ignores her. Soon she gives him a little nuzzle on his nose and he turns his head. She taps him some more, and even put a paw on his face. It’s just adorable, and she never makes a sound.

Her facial expression is so cute. She wants to go outside so badly, and I guess that’s dad’s responsibility because mom is awake and filming, and the dog doesn’t even notice her. LOL!

Watch the video above! Let us know what your dog does to wake you up in the comments! 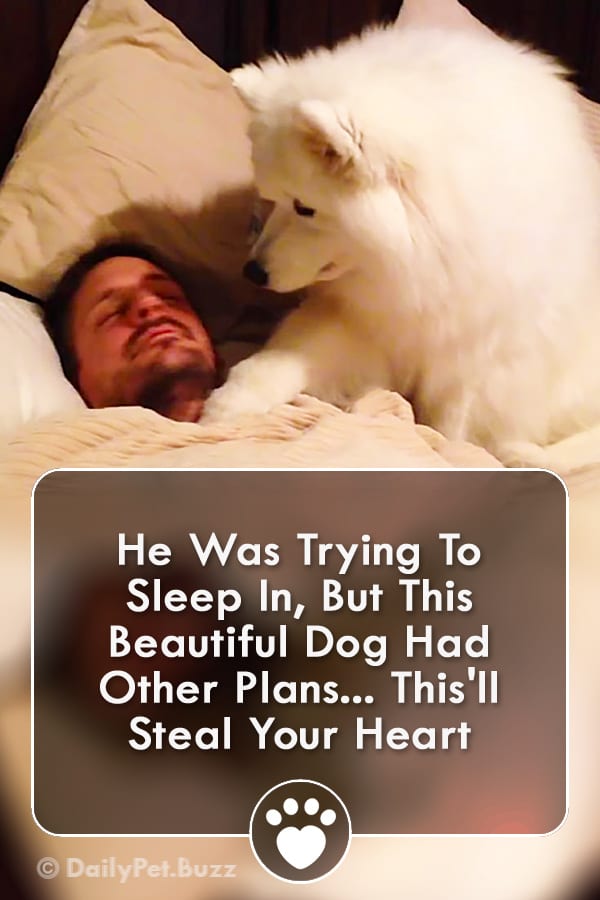