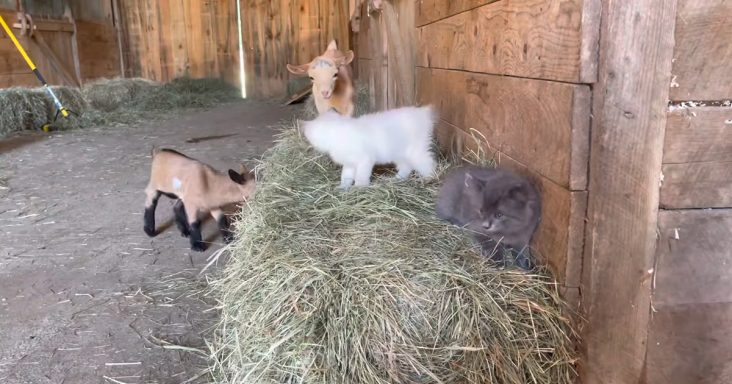 At the Sunflower Farm, goats and cats live together in harmony. Two of the newest additions to the family are kittens named Phil and Roger. Phil has white fur, and Roger is grey.

The two kittens have found themselves in a good spot in the barn near the stairs where they can watch everything going on. Goats passing by don’t even see them.

Phil and Roger moved to rest on top of a hay bale, and the goats were happily eating from it. A goat was milked, and the two kittens were given the milk in two tiny bowls.

They happily drank the milk and when back to curiously watching the goats. Some goats would go close to Roger and Phil to sniff them.

Baby goats were nearby enjoying their mothers’ milk. Some of the more playful goats played hide and seek with Phil and Roger when feeding time was over.

Thanks to their size and agility, the kittens took advantage of every nook and cranny in the barn. A baby goat named Maya was tenacious and playfully pushed them around.

Maya pushed away Roger and Phil while resting on the hay bale. She took their territory and showed them who was boss. When Maya left, the kittens went back and started to wrestle with each other. 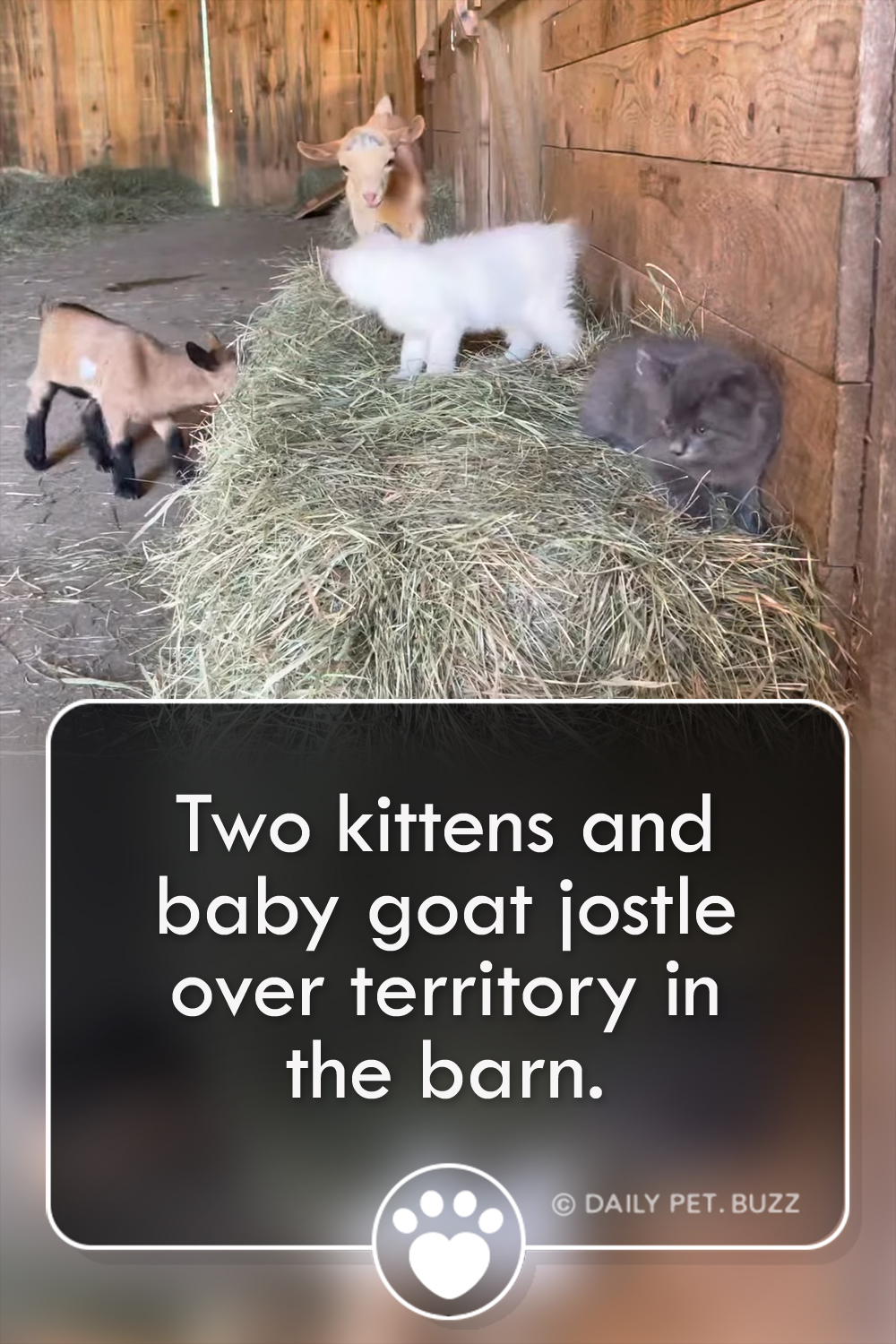