We all have our heroes. Musically, Phil Collins is my favorite singer/drummer. Stephen King is my favorite author. Norman Rockwell is my favorite painter. I also like to watch anything that features Neil deGrasse Tyson or Bill Nye. I’m sure that people who watch this video will include the veterinarian that they see as one of their favorites. Watch this one as he tries to get an unusual visitor out of a house.

The ‘Not American Idol/X Factor’ Simon Cowell goes to a house where a tired fox cub had broken into to try to catch some rest. The homeowners were not too keen on that scenario, so Simon was called in. In case you didn’t know, Simon is the most unflappable vet EVER. He could walk into a room with a raging bear and he’d be like, ‘Oh.. calm down, big fellow. We can’t have this – ‘ You know the bear would turn into a big pussy cat after that. Well, Simon shuts the door to keep the cub from bolting out to the rest of the house and tries to work his magic.

The chase is a bit clumsy at first – the cub scrabbles all over the place, knocking over a couple of things, but not breaking them. Simon never loses his patience, not raising his voice a single octave as he follows the fox around the room with his catcher. Eventually, he gets the rope around his neck and brings him over to the crate, which he deposits him into. It was all over in a minute or so. There was a brief hilarious moment when the cub didn’t want to leave the crate, but he was able to coax him outside. All’s well that ends well.

Aspiring athletes hang posters of their favorite players to inspire them. Science buffs have Albert Einstein posters adorning their walls. Anyone having veterinary ambitions should own a Simon Cowell poster. I’m not sure if they actually make them, but I’m sure one could have a copy made at a local copy shop or online. If they did exist, I would buy one since he’s that cool. Heck, the fox cub might want to get one for himself.

This makes me want to move to England to have a chance to have Simon rescue an animal near where I live. OK, that might be an extreme reason, but it would be cool, don’t you think? Did you like the video? Let us know your thoughts in the comments section. Also, please ‘Like’ us on Pinterest. 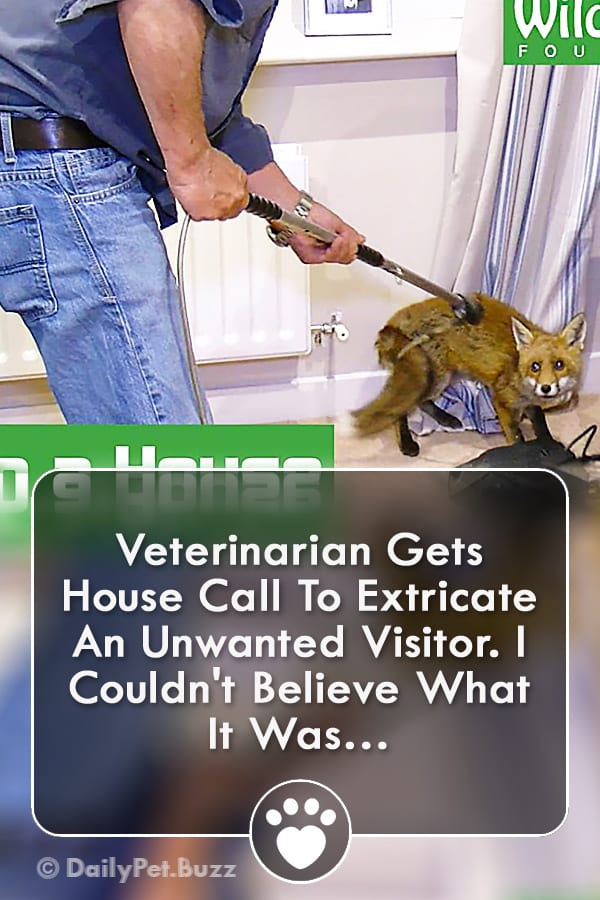