Let’s face it, every year millions of people buy automobiles for the first time. This makes our roads and streets even busier. There are hundreds of accidents every year, and many of them involve pedestrians. In an accident where there’s a pedestrian involved, chances are the person walking is going to end up with the short end of the stick.

There have been many government initiatives to try to protect as many people as possible. The solution to winning this war against pedestrian accidents is a matter of education. But how to do educate a growing number of pedestrians walking every day in our streets? Is it a question of getting to them while they are young? This is part of the solution.

Teachers around America are raising awareness in their classrooms every day. For them, the battle is not only to educate their students to do the right thing. It’s also to wait for the pedestrian traffic light to turn green. It’s to educate the children’s parents and make them aware of the dangers they face when jaywalking. Parents are always on the move. They don’t have time to chit-chat and they have much less time to way for a color.

So, what do they do? They cross the street anyway, often putting their lives at risk and the life of their child as well. When you are rushing, you cannot always stop when you need to. And this is what causes most of the accidents. I know no one likes to wait for anything (I know I don’t), but how do you make people do it? Well, a group of people came with an excellent initiative to do this.

They realized that even though most people don’t like to wait when they’re in a hurry, many of them will if there is something that sparks their interest. I mean, people might be in a hurry, but if there’s something like an accident or something that appears out of the ordinary, people will stop for as long as it takes. They thought that there was probably something that they could do with that ‘red man standing’ that seems to annoy everyone.

That’s when they came up with a genius idea. They installed a booth that can be accessed by anyone, it’s free. The booth would be equipped with a couple of TV screens where people could see the intersection they would be moving on. Next, they would just dance to the music when their cue played. Sensors in the booth would pick up their movements and would transfer that dance to the pedestrian light, so the red man would be animated. The result was over 80% more people stopped at the light. And that’s how you save many lives with a great idea.
Now, take a look for yourself! 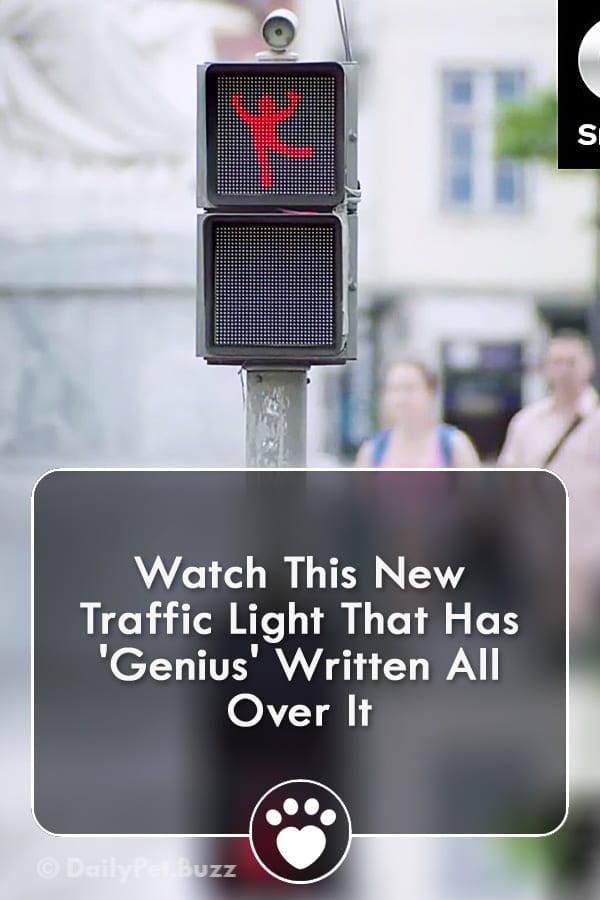