Knitting can be a wonderful form of relaxation for many people. It can also save a lot of money, since the cost of knitting needles and yard can be significantly cheaper than what people pay for a winter hat, for example. Then again, people pay money for something that will be durable – so it all depends on the person doing the knitting. This video shows how to make an expensive blanket in a matter of four hours .

This blanket, which Laura Birek, the person in the video, calls a ‘Giganto Blanket’ is easy for people who know knitting to do in four hours. That can save a lot of money, since these blankets can cost upward of $100. The threads of the blanket are really thick and it looks like it would be really comfortable to sleep under on really chilly nights. She uses 10-foot PVC tubes, with the ends duct taped and unspun wool roving. I know nothing about knitting, so I assume ‘unspun wool roving’ makes sense to those who do knit.

Am I the only one that thinks that ‘Giganto Blanket’ sounds like one of those things you see on infomercials at 3am? ‘TIRED OF YOUR REGULAR WIMPY BLANKET? GET A GIGANTO BLANKET AND SLEEP AS SNUG AS A BUG IN A RUG!’ Also, while Laura is nice and soothing, the video speeds up the process, which makes it hard for me to see what she does. It’s almost like that joke where someone shows how to draw an owl ” the first step is an oval with two circles for eyes and then the second step is an incredibly detailed drawing –

I admire people who can do something like knitting. Admittedly, even as a person who has played the drums for decades and also am an artist, there are things that I still lack the manual dexterity to do. Knitting is one of those things, and even using those 10-foot PVC tubes and the super-size yarn, I would still probably mess a certain part of it up so that it would resemble a giant mass of yarn rather than a blanket. I think I would buy one off a website, personally.

Have you had experiences with a Giganto Blanket? Tell us all about it in the comments section. Also, please ‘Like’ us on Pinterest. We won’t knit you a blanket, but we’ll appreciate it nonetheless. 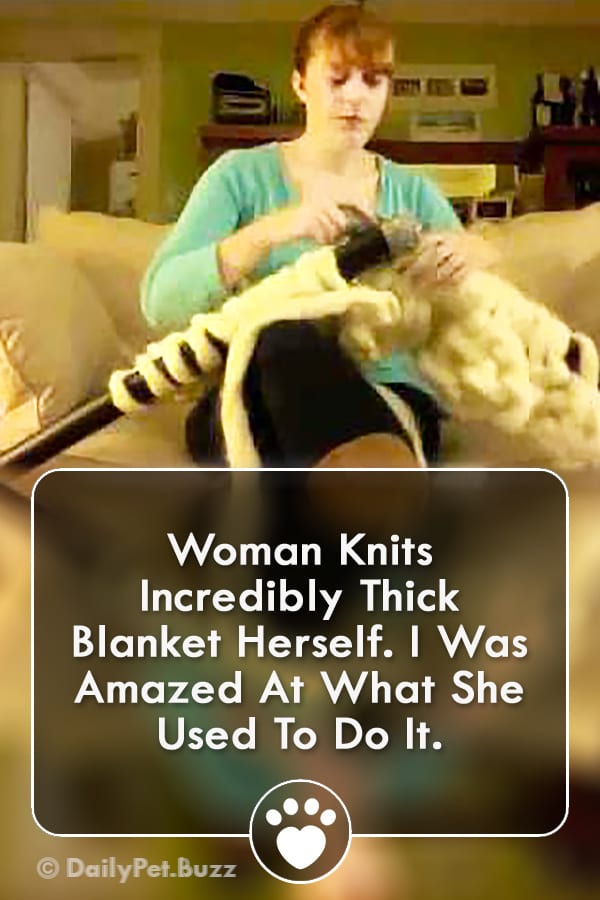