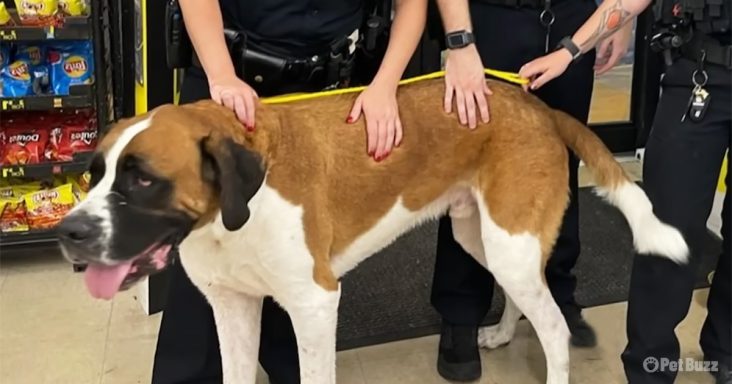 Officers were called to a Dollar store in Florida to help the staff escort a 135-pound dog that had wandered in. They later found out the dog’s name was Bentley.

In the middle of the day, Bentley casually strolled through the entrance. The staff watched the giant dog and thought he was looking for something specific. Bentley had good manners and was well-behaved.

They let him stay inside since he wasn’t destroying anything or causing a commotion. Later in the evening, the staff had to close the store, but they couldn’t leave Bentley inside.

Another worry was also leaving Bentley to wander alone in the streets. So they called the police for help. The first officer arrived and tried to lead Bentley out.

Bentley was ginormous, and the officer’s leash was not big enough to fit on him. More backup arrived, but they still weren’t able to put a leash on Bentley.

The officers surmised that Bentley was a house dog because he was so affectionate towards people, and he was very clean. Eventually, a third officer arrived with a leash that worked on Bentley.

When they brought Bentley outside, his owner was just arriving. Somehow Bentley had crashed the gate of his home and clearly wanted to go on a shopping trip on his own. 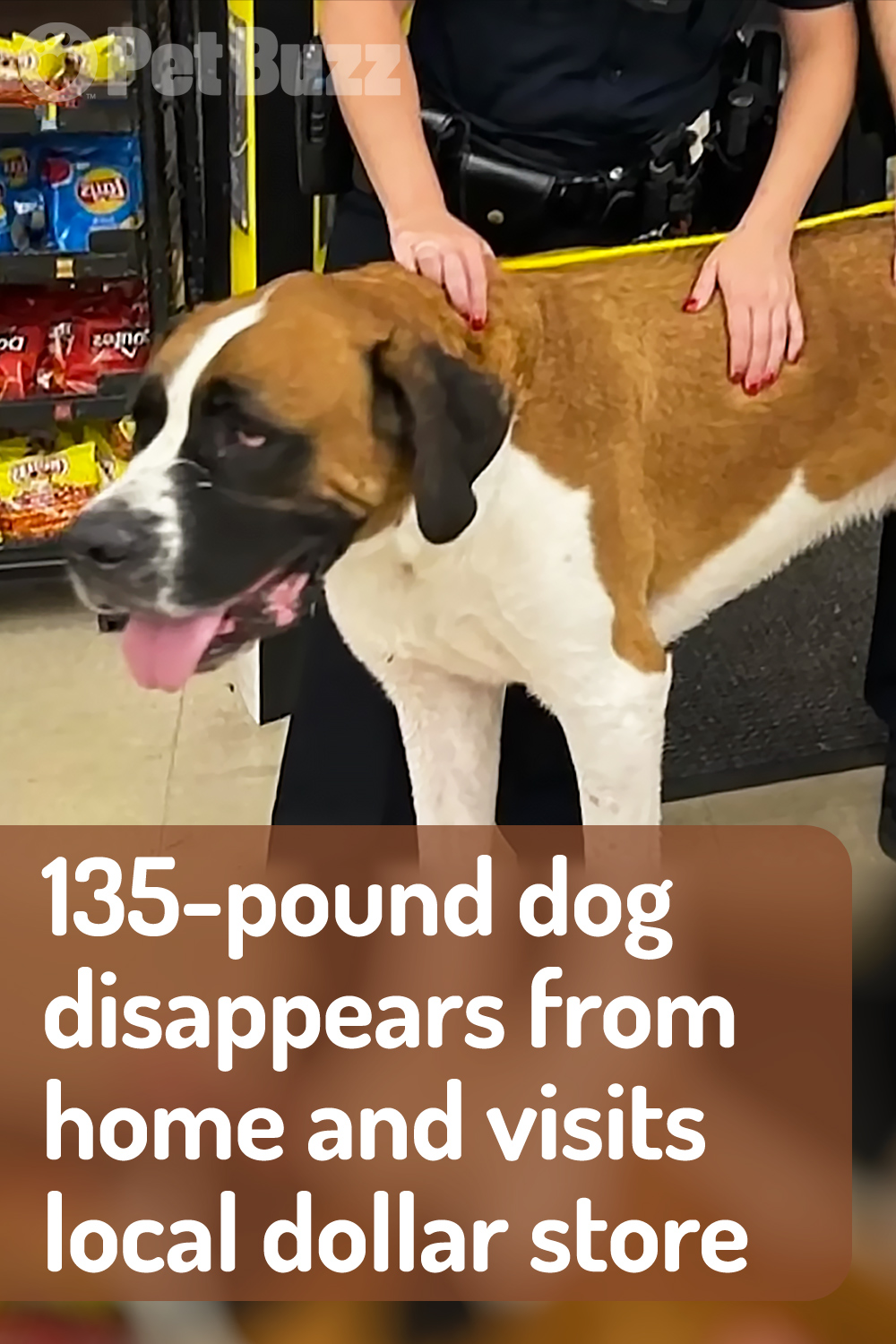