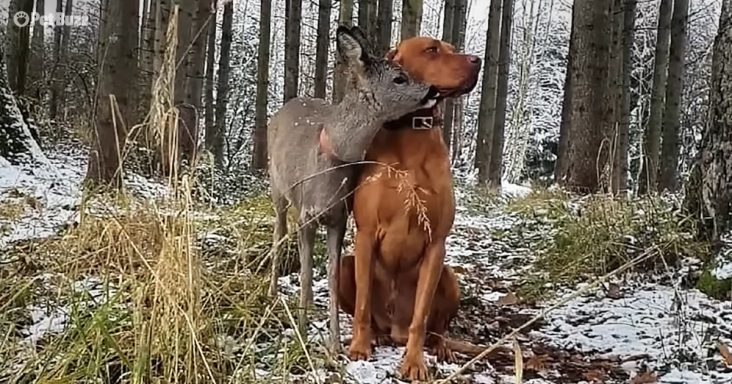 Leo, a 4-year-old Vizsla, adopted a baby from an entirely different species and surprised his owners. In the countryside, he lives with two sisters on a modern organic farm in Bavaria, Germany.

They are surrounded by meadows, forests, and fields. Around a year ago, Leo met a fawn they named Ludovica. Her mother left her in the garden and came by once and then never again.

Ludovica was left alone, and Leo knew right away what to do. The sisters saw that the fawn was hungry and limping. She was probably not fast enough to catch up to her mother.

Leo adopted the fawn, and the sisters became her new mothers. Ludovica needed special care and devoted attention. They invested a lot of time, especially in feeding her.

Ludovica ate milk from a bottle every two hours from day to night. The sisters took shifts, with one in charge of the daytime and the other in the evening.

They kept Ludovica outside so she could learn how to be wild, and Leo was always around to protect her. At first, she was reluctant to enter the woods, but Leo showed her it was okay.

Ludovica spends most of her time in the forest now, and she has an orange collar, so she is protected from hunters. The sisters learned that creatures can live together and trust each other despite their differences. 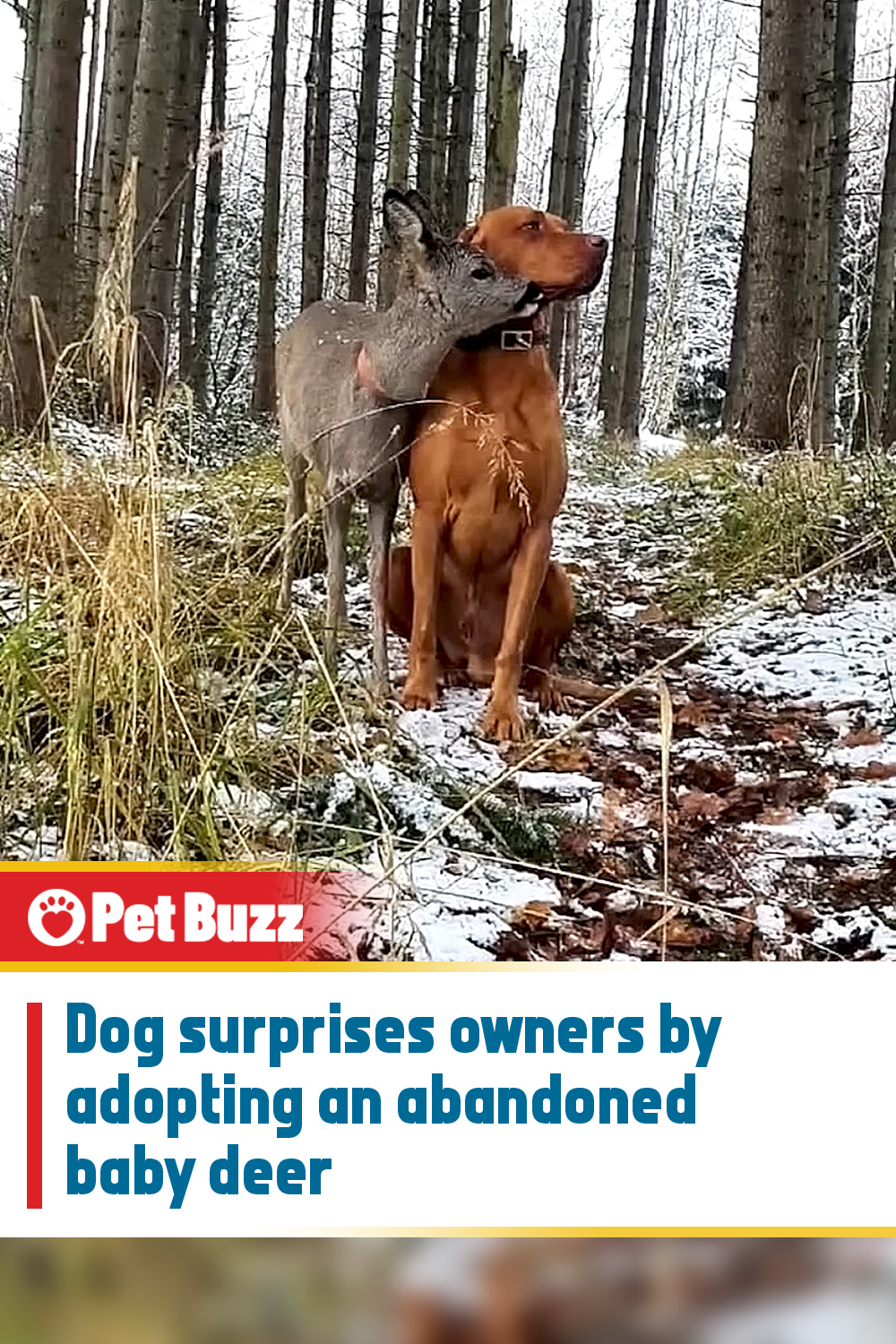