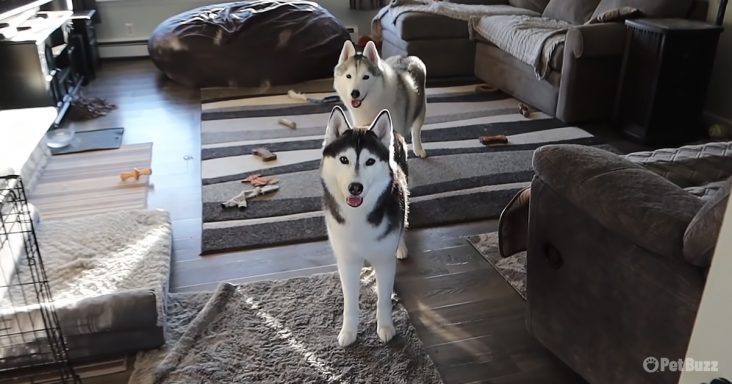 Memphis, Kira, and Eleanor are three Husky sisters who all want to play with the same toy. Their mom greeted them with a good morning and looked out the window to stare at a red jeep.

Apparently, they are selling the red jeep because they don’t use it much anymore. While she talked about it with the Huskies, they didn’t seem to care too much.

Memphis has a white coat, Kira is black and white, and Eleanor is primarily black and has heterochromia. They were hanging out in the living room until it was time to go outside.

The three adorable Huskies lined up side by side at the door, then when it was opened, they darted out. Kira and Eleanor ran as fast as they could while Memphis strutted out slowly.

It was a cold day out, and they were sniffing the freshly cut grass. They had been getting a lot of visits from squirrels, so the Huskies were keeping an eye out for them.

When it was time to go back inside, Eleanor grabbed Kira’s leash and led Kira back to the door. Kira did her best to keep up with Eleanor’s frantic and chaotic energy.

Then they went for a walk, and Eleanor wouldn’t stop barking as they moved forward. After getting back home, Kira and Eleanor fought over the same toy even if they had so many toys around them. 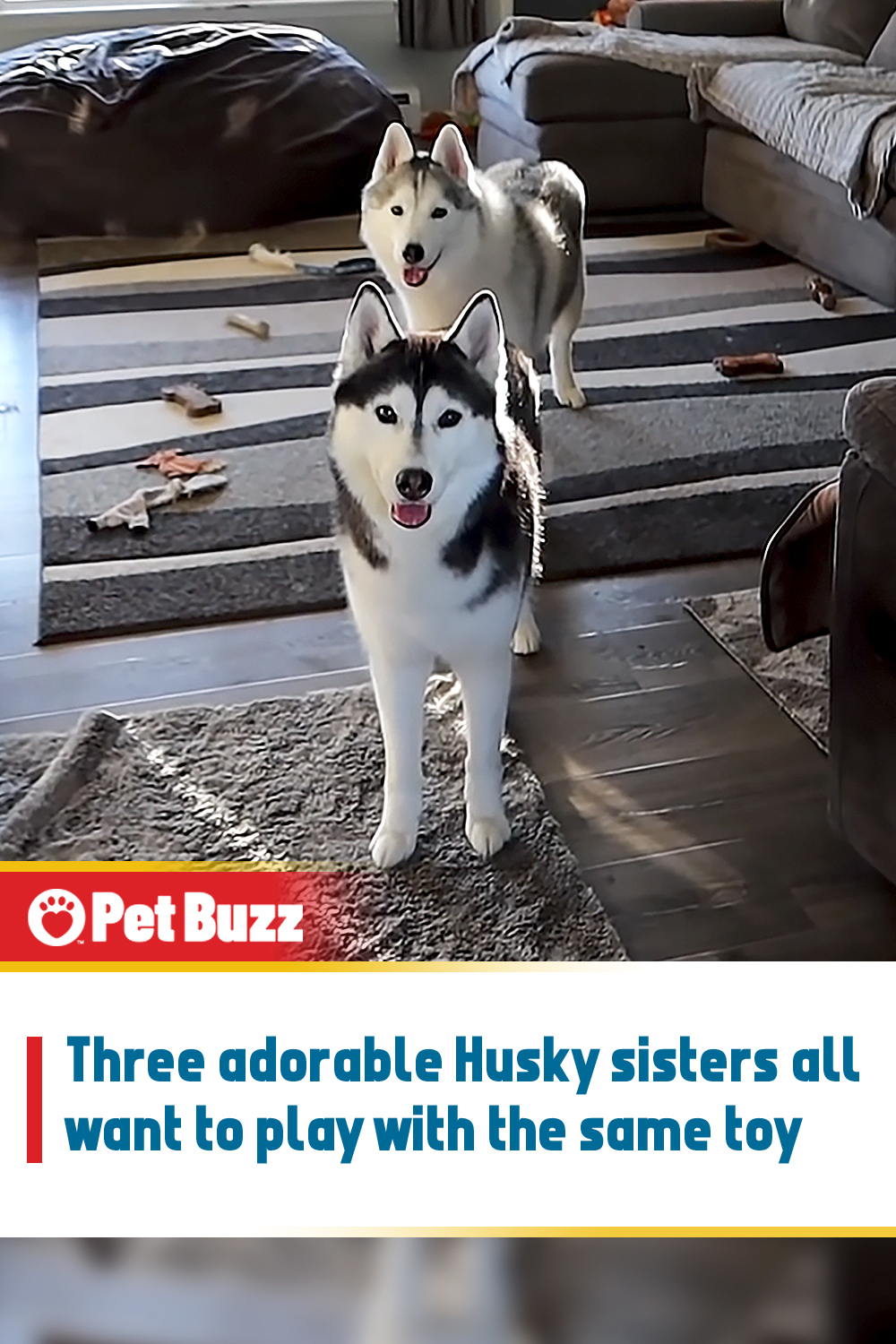