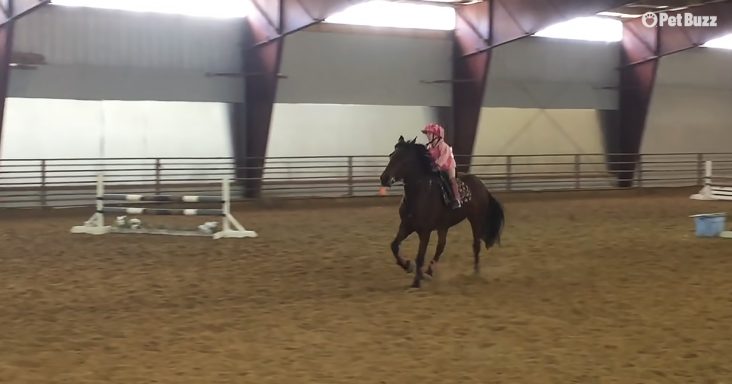 Kinsley is a 5-year-old horse rider who captured the hearts of everyone when she took on an obstacle course with her giant horse. She even requested “Let It Go” from Frozen to play during her performance.

The horse she was riding was Ruby, a seven-year-old draft cross mare. Together they went through the 2’6” jumping course. Kinsley’s outfit was pink, from her helmet down to her riding boots.

She looked even smaller while riding on top of her massive friend. They had a strong bond, and the trust between them was undeniable. Ruby confidently trotted all over the course.

There was some tension in the air that was alleviated right away after Kinsley made her first jump. Ruby had no issue carrying the child on her back.

The real challenge was for Kinsley to stay on Ruby’s back, but the horse was exact and calculated with her jumps. Their riding pair was practiced and disciplined.

As the song was playing, one of the announcers joked that the track was “so last year.” The crowd laughed and watched with amazement as Kinsley continued to go through the course.

At the perfect time, the song reached its climax, and Kinsley’s final jumps were the highlight of her performance. The crowd applauded her and Ruby as they finished the course. 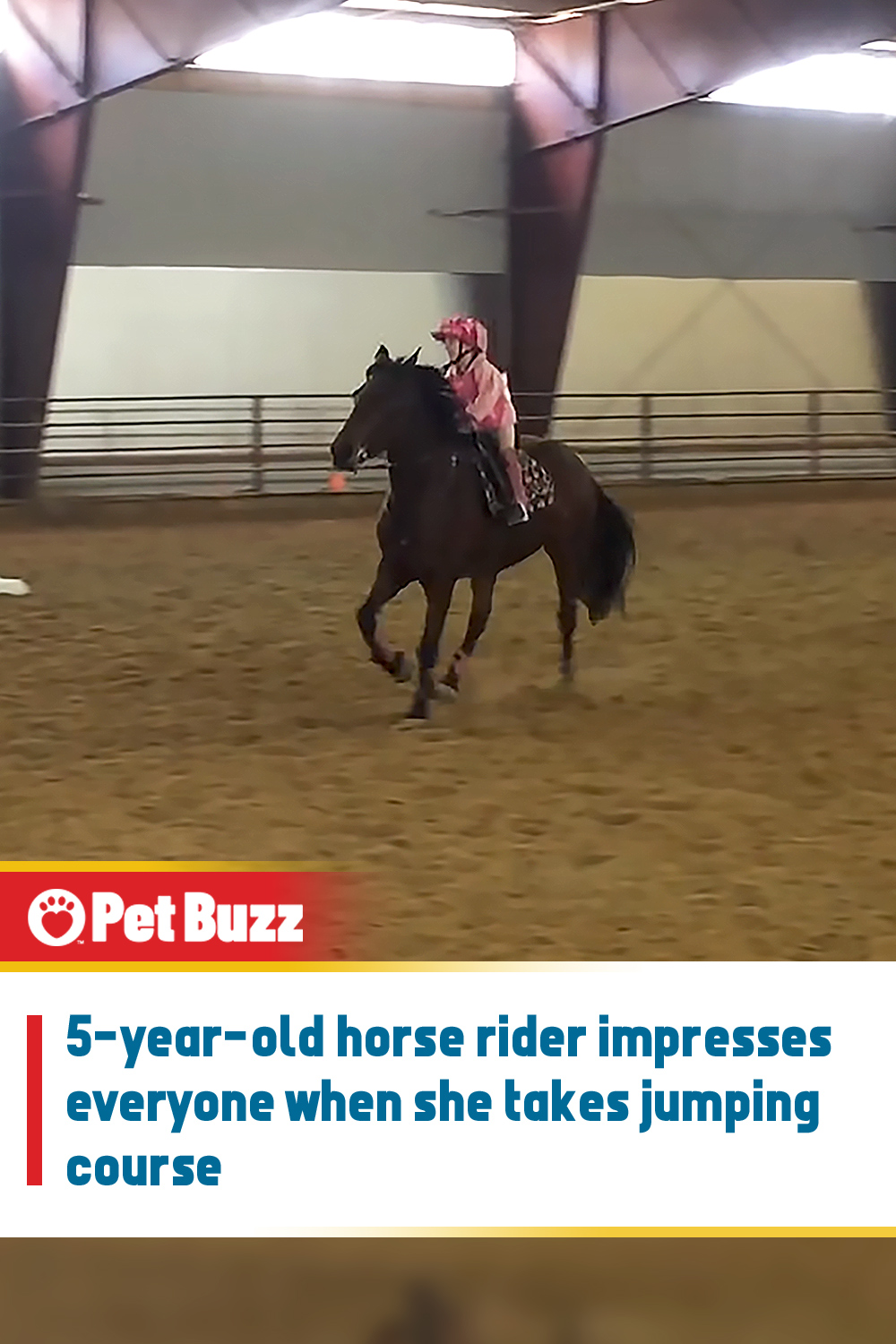