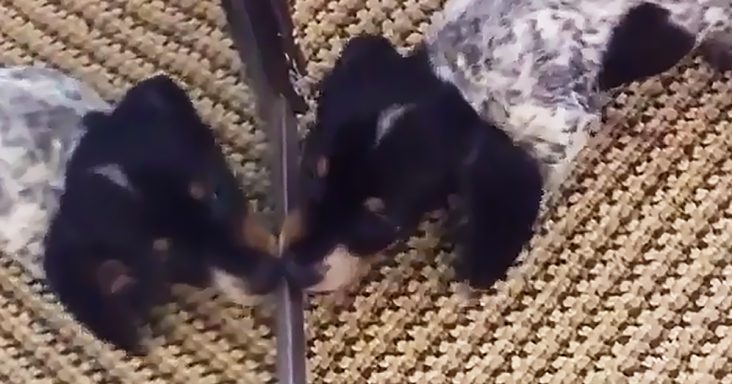 Reese is a Dachshund puppy who was recently adopted into his new home. He was getting acquainted with his new house when suddenly he saw another puppy who looked just like him.

It was an adorable sight as Reese approached the other dog. There was a mirror in front of him, but he didn’t realize it. He was thoroughly excited then he bumped up against the puppy.

Reese’s new buddy was actually just himself, and he repeatedly tried to sniff and play with the reflection. He even started to growl and was probably surprised when the puppy growled back.

There was no outsmarting his new friend. Reese tried to bite and push with his tiny paws. The mirror was pristine, and there was no way he could have known it was himself he was seeing.

Reese was determined to be victorious. He crashed against the reflective surface several times, and the puppy was not getting past himself. Maybe he will eventually realize what was going on.

It didn’t seem like he was getting a better understanding of what was in front of him. Reese only grew more frustrated and more playful.

His twin may have gotten the better of him, but he seemed happy to have a playmate that could keep up with him. The mirror is sure to keep him busy for a long time. 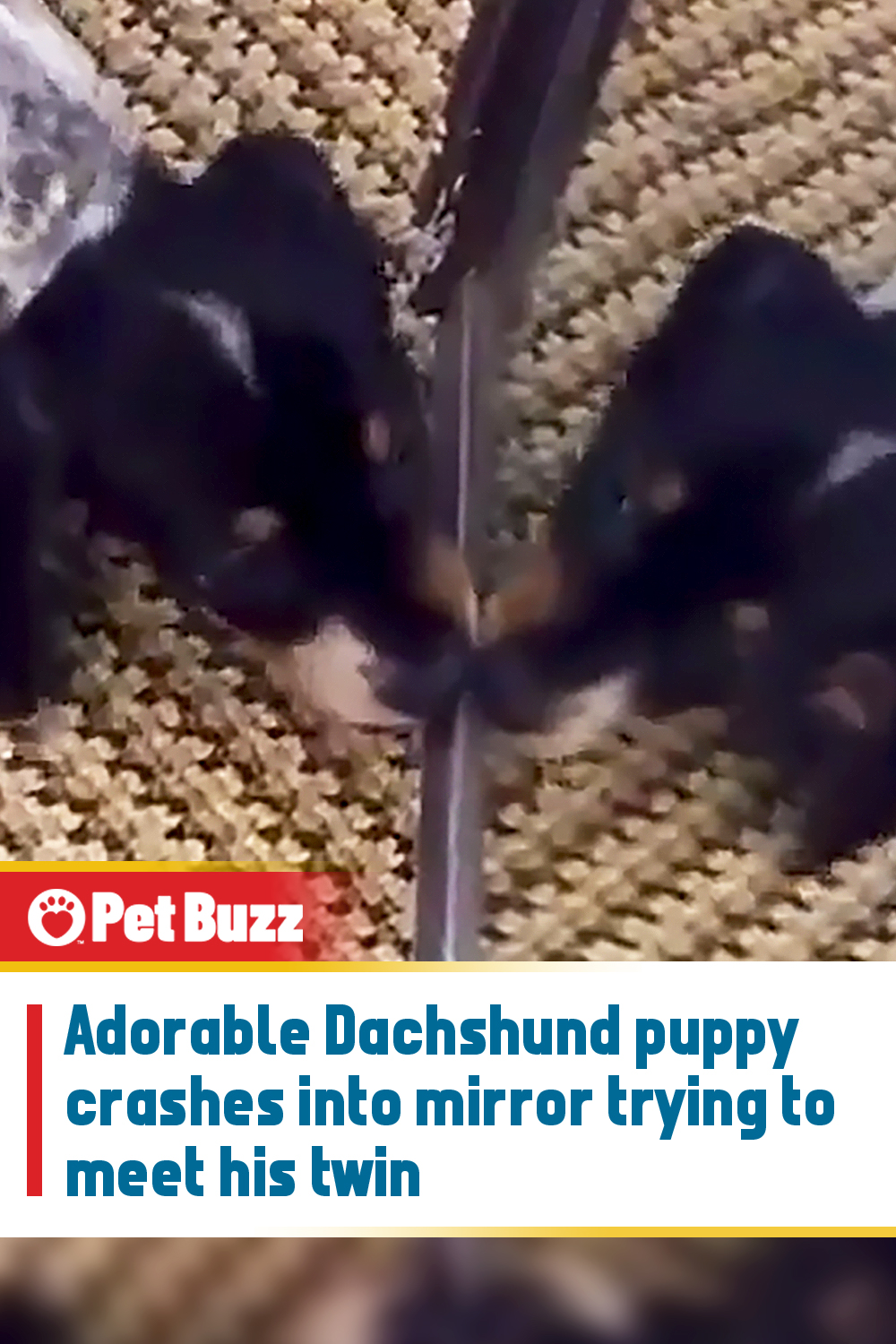