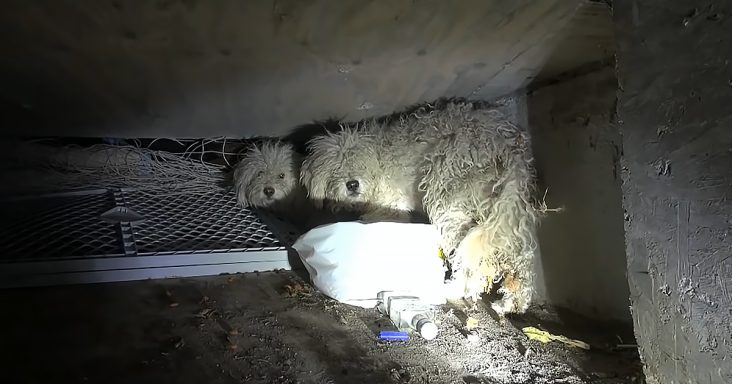 Hope For Paws founder Eldad crawled into the sewers under a freeway to save two stray Poodles. His friend, Vanessa Enriquez, volunteered to help and came with him.

When they arrived at the entrance to the tunnel, they saw that people had been leaving food for the dogs. It was clear that the Poodles were scared because they ran to the other side of the sewers.

Eldad and Vanessa blocked one side of the tunnel and went through another entrance. They crawled through a long passage and found the terrified dogs whose fur was covered with dirt and grime.

The Poodles weren’t sure of Eldad’s intentions, and they hid in the corner. They were siblings, and the brother shielded his sister. Vanessa and Eldad slowly and carefully put leashes on the dogs.

It took some time to gain their trust and the boy was less scared. He went with Vanessa. The girl needed more time, and Eldad scratched her back.

They moved closer to the exit but had to sit with them for a bit longer to have them calm down and feel more comfortable. Vanessa sat with both of them on her lap.

Eldad and Vanessa carried them out of the sewers. Then the Poodles were given a shave and shower. During this time, they were named Pepsi and Cola. 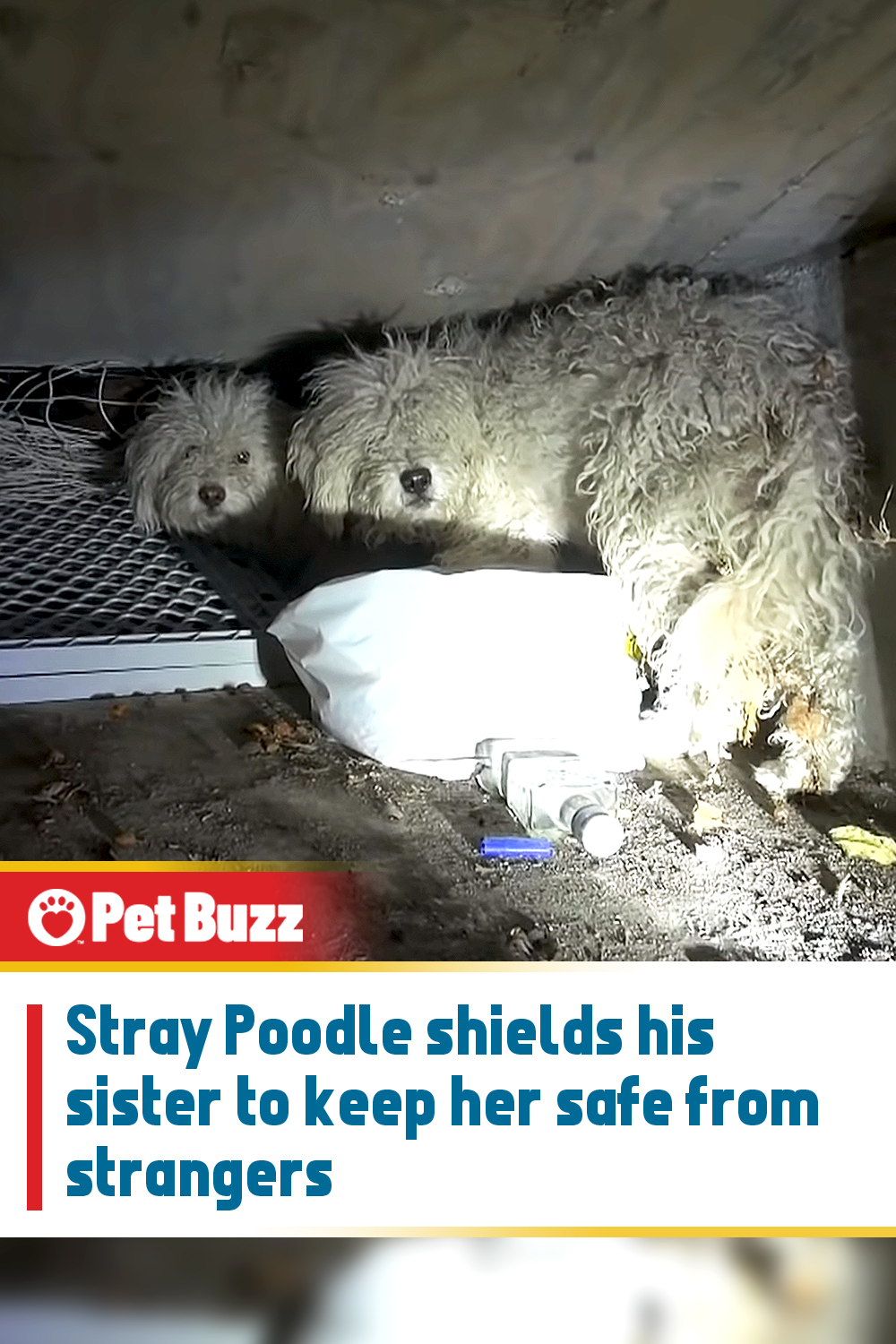