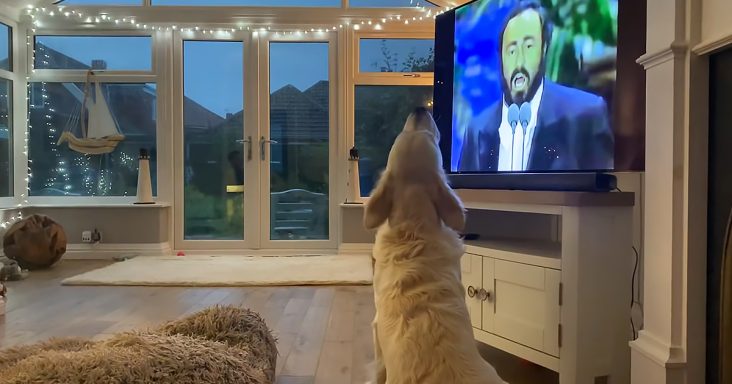 Hugo, the Golden Retriever, loves listening and singing along to opera music. The adorable dog was resting on the wooden floor with his head against a soft bed.

Suddenly one of his favorite songs, ‘O Sole Mio,’ starts to play on the television. Hugo recognizes it immediately, and his ears perk up. He has to readjust his position to prepare for the performance.

The music is loud and starts to swell. There are three opera singers performing on the screen, and Hugo decides he is the fourth one in their group. He begins to listen closely and carefully.

As the performance begins, the singers show off their powerful and compelling vocals. Hugo is undoubtedly impressed, and he presents his own voice as he howls sweetly. He knows the perfect time to start and stop.

Hugo’s operatic chops are just as good, if not better, than the three singers he is singing along with. His howls are perfectly controlled, and he knows how to change his pitch accordingly.

When the performers take a short break, he does so as well. Hugo grooms himself for a bit and prepares for the final moments of the song. Once the singers start again, Hugo sits up and sings with all his heart.

As he howls, he points his nose high to the sky. Hugo sustains his notes as long as he can to match the opera singers. For the last note, the three singers and Hugo vocalize together for a harmonious finish. 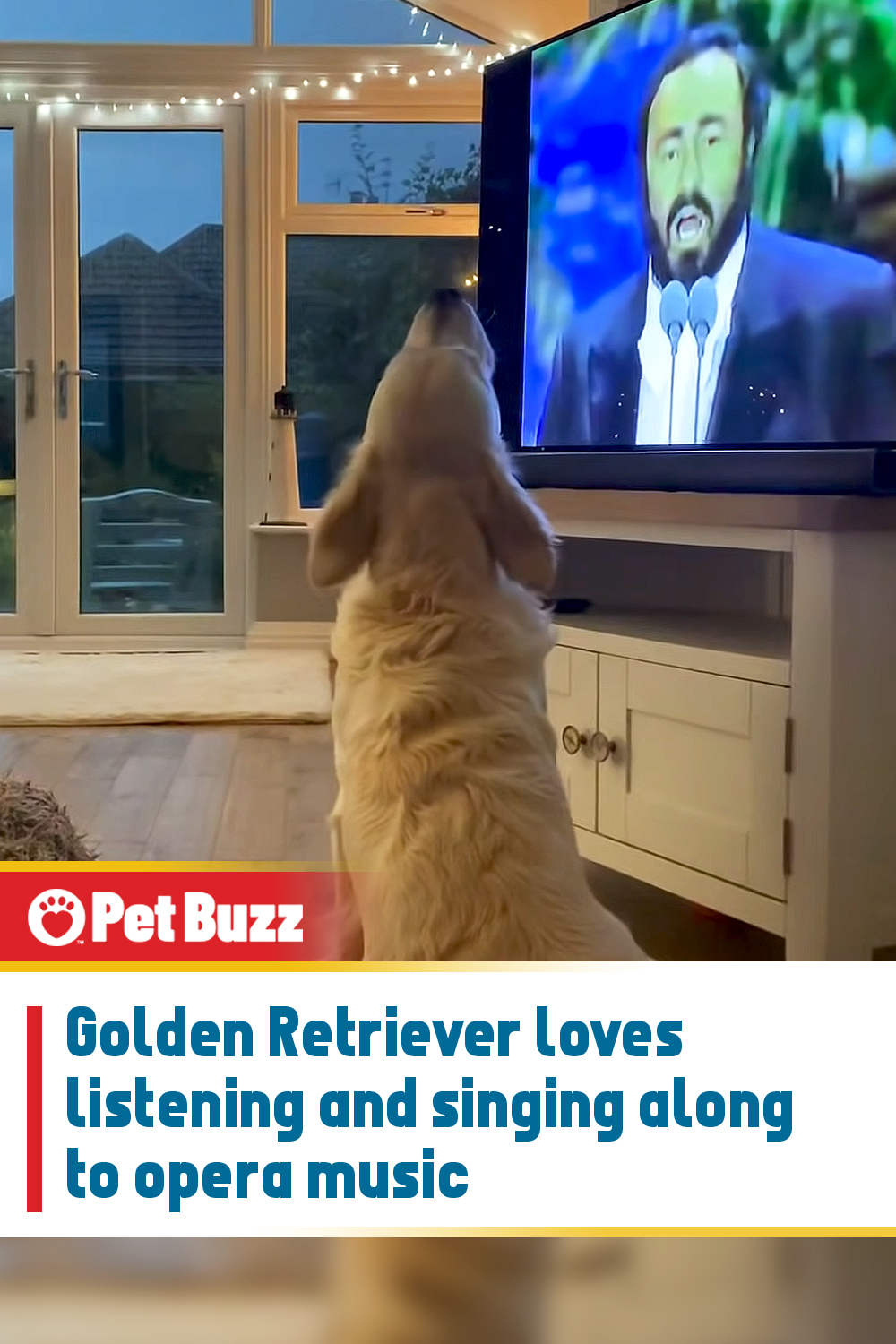