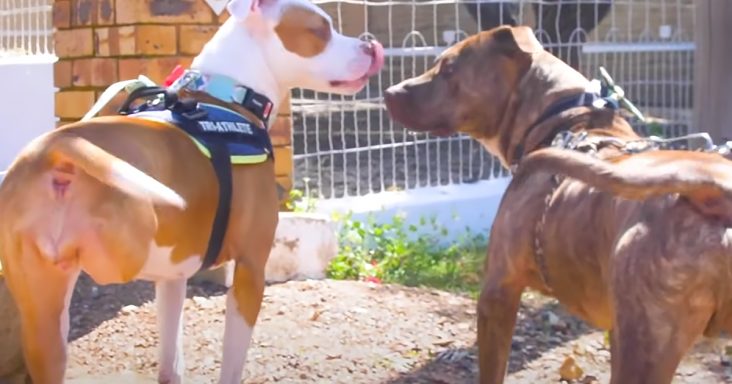 Two Pitties, Tilana and Buster, who were rescued together, got to reunite after a year of living with their own families. Rachael of the Sidewalk Specials Team was the one who saved the stray dogs.

She found them hiding under a table, and their ribs were clearly visible through their skin. They threw in food for them, and they happily ate it.

It was heartbreaking to see the dogs in that situation because they were so trusting and friendly towards strangers. Tilana and Buster were separated in foster because the behaviorist advised having them go to different homes.

Tilana was adopted into a home with kids who loved to spoil her. She had her leg amputated, and she constantly rolled around. It was challenging to keep her still.

Buster found his home after six months. He is now living with two high-maintenance dog sisters, and he is thriving as well. A year after their rescue, it was time for a reunion.

The kids were excited to meet Buster, and Buster’s owners were looking forward to seeing Tilana. Once Buster and Tilana heard each other, they started running right away.

They sniffed one another, and their tails were happily wagging. It was as if they had never spent any time apart. The anniversary of their rescue was a lovely day. It was heartwarming to see how different they were from when they were first found. 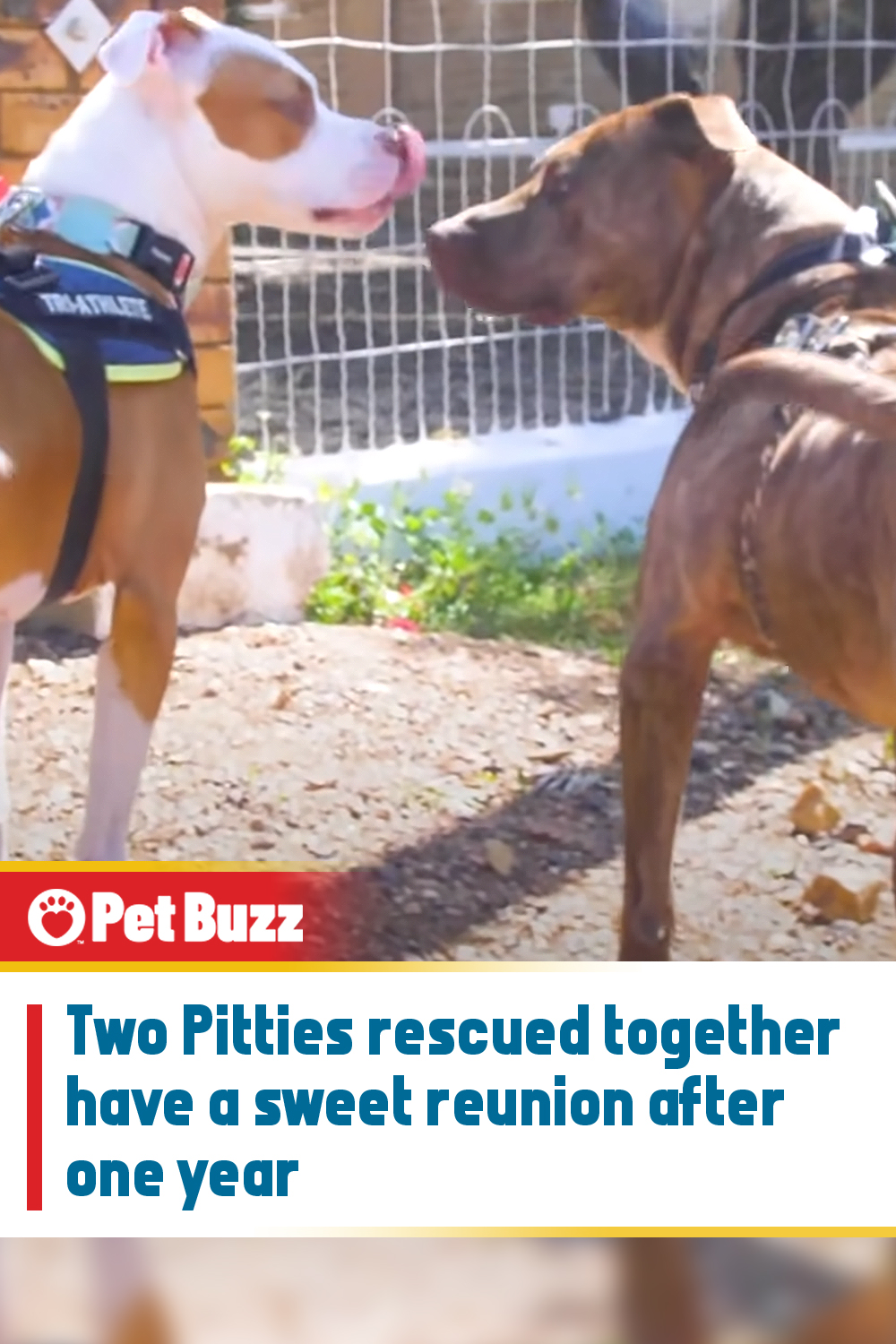