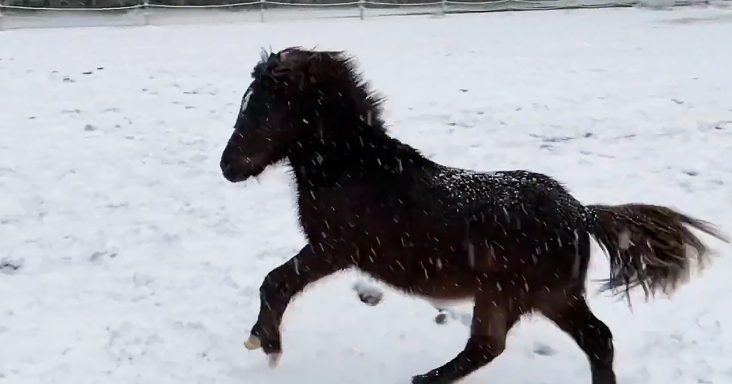 Teddy Bear, the miniature horse, experienced snow for the first time, and he couldn’t be any happier. He ran around outside with his buddy Salem who was another miniature horse.

It was a cold day, and everything was covered with a blanket of frost. The trees surrounding the fences were tall and white, and nothing else could be seen past them.

Teddy’s back was covered in snow, and he stood out as a black spot among the blank canvas of the flake-covered ground. Salem wasn’t nearly as energetic as his friend.

He was minding his own business while Teddy kept bumping him and playing around. Teddy was galloping and running in circles, leaving countless hoofprints in the snow.

The wind was strong, and the snowfall was thick, so there was no shortage of fun that Teddy could have in the cold weather. He constantly charged at Salem.

Eventually, Salem got riled up and had Teddy’s same frantic playful energy. It was an adorable sight as the two miniature horses acted like joyful children.

Teddy will not soon forget his first day in the snow. Another horse watched him and Salem excitedly from his side of the fence. It was a perfect time for playing and running on the cold and soft ground. 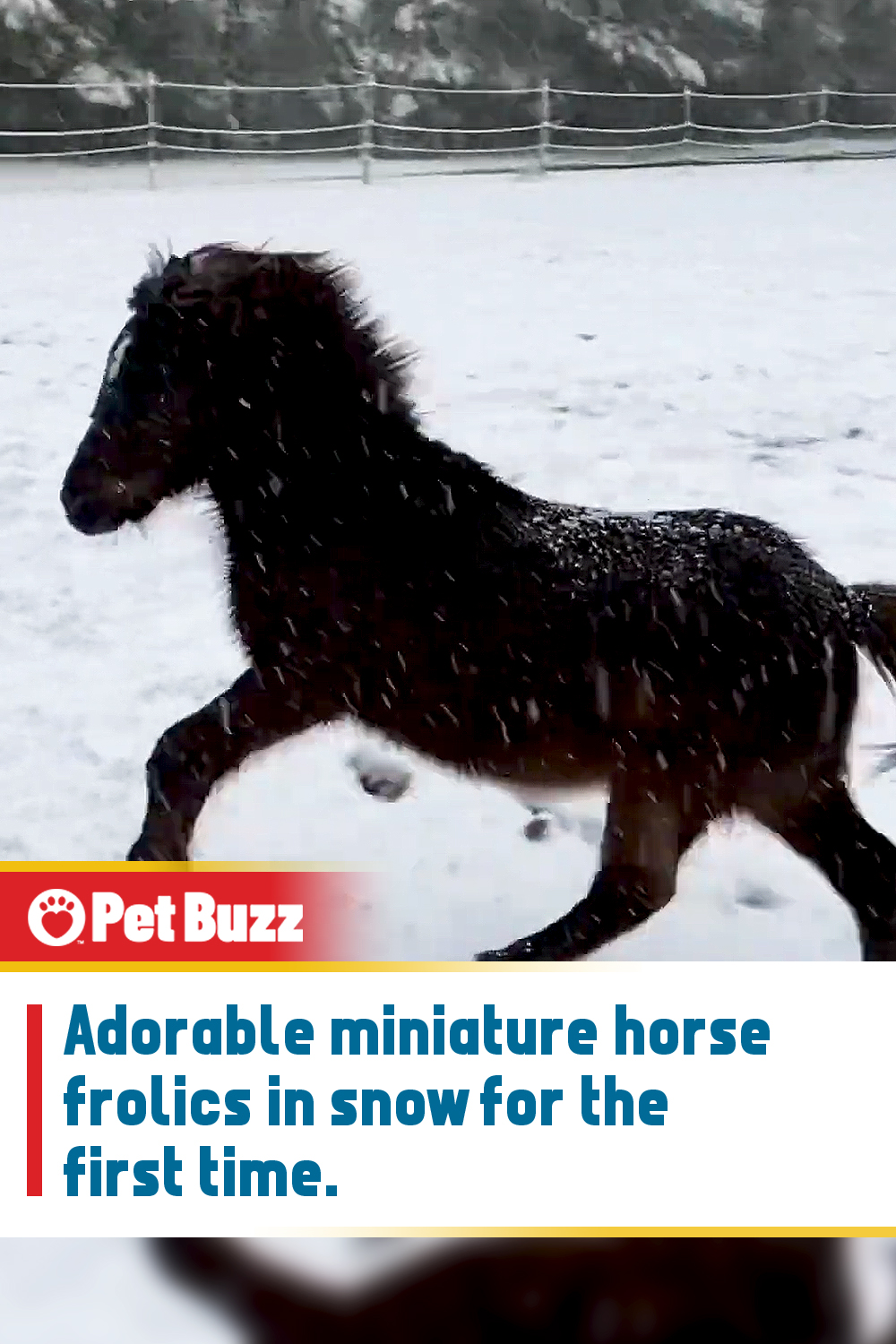