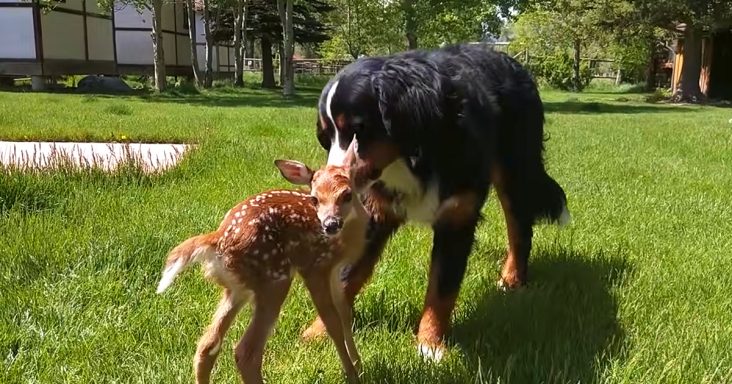 When a man found an abandoned baby whitetail deer in his yard, he didn’t think twice about taking her in, much to the initial chagrin of his cats and dogs.

He witnessed the birth of twin deer on his property, but the mother left one of her children behind when the baby couldn’t walk properly. Easy prey for local predators, the kind-hearted man took the deer into his home.

While the little deer was curious about her new roommates, the man’s dogs and cats were less than thrilled with the fawn, keeping their distance and throwing the young doe dirty looks.

The Youtuber concluded that the fawn’s leg wasn’t broken. Still, something was definitely wrong with it, so he fashioned a makeshift brace out of an oatmeal box for her as his pets looked on skeptically.

Eventually, the hearts of the dogs began to soften as they took on a nurturing role. They guarded the young doe when she went outside to practice walking and gave loving, encouraging licks when she was successful.

With all the love and cuddles from her new furry friends, the young fawn was nursed back to health in no time, and her bum leg grew stronger until she was able to walk normally.

The man released her back into the wild, where she reconnected with her mother and twin brother. The deer still come back to visit her foster family any chance they get. 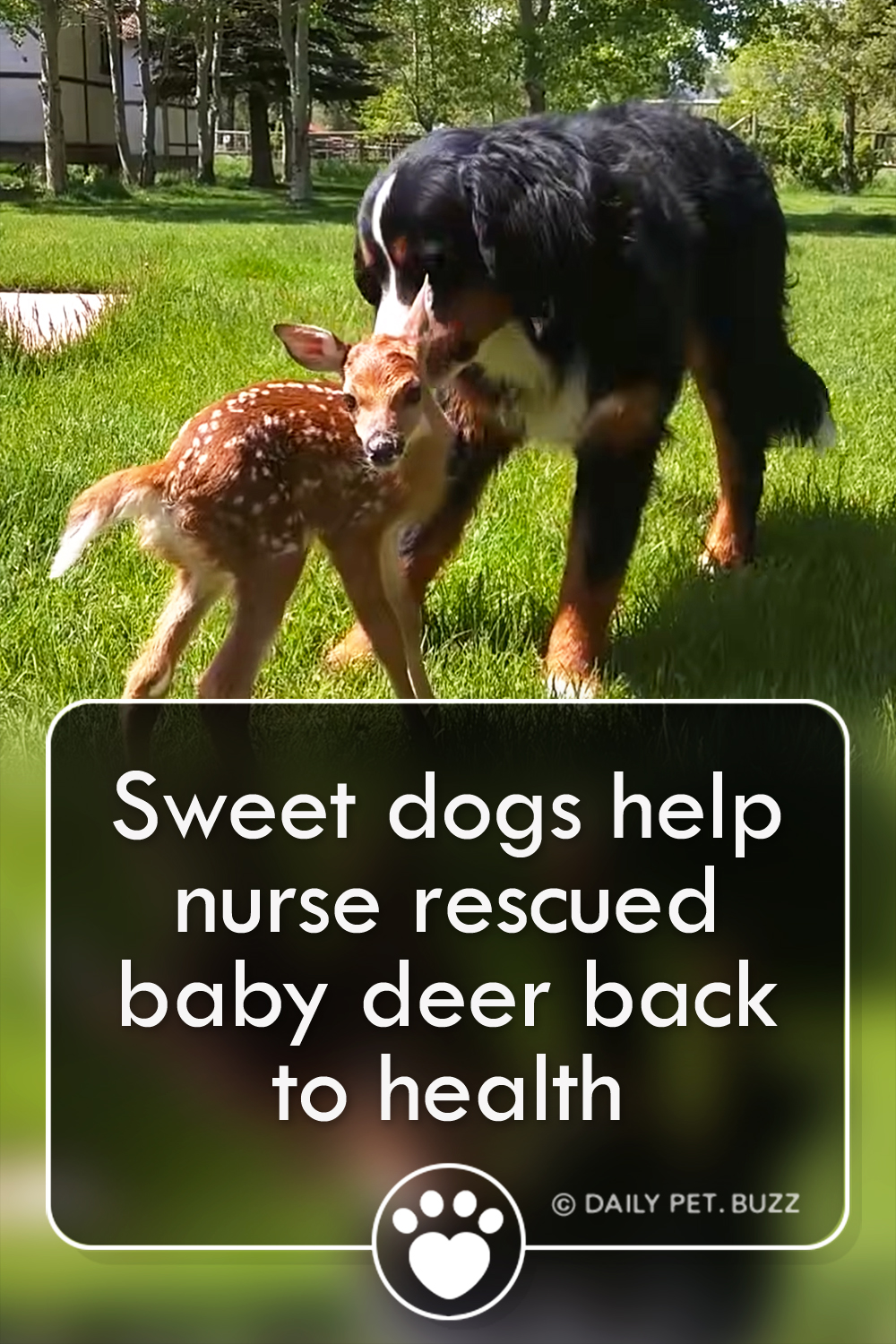