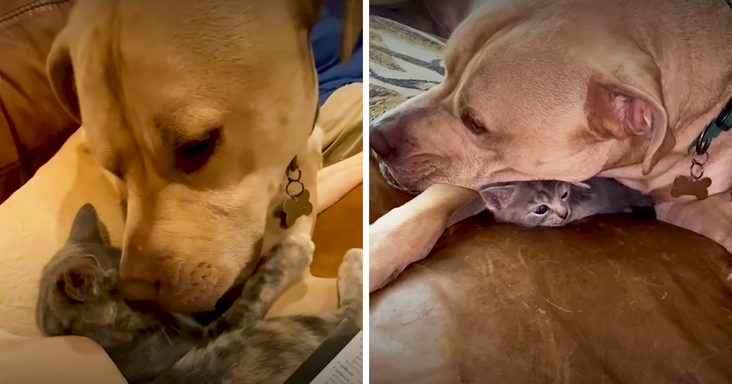 Jon thought he spotted a dead mole outside his house, but he realized she was a tiny kitten when the creature started to move. He looked around for her mama, but no cat or litter showed themselves.

It was getting dark, so he took her in. Jon fed her every two hours as the vet prescribed, and over two weeks, they weaned her to kitten food.

The kitten was named Dora, and once she was able to walk, she started hanging out with the other pets. In their home, they have two cats and two dogs.

Brody, the Pitbull, was the one who was most interested in Dora. When Jon put Dora and Brody together, they formed a strong bond right away. Dora tucked herself under Brody, and Brody rested his head on her.

Eventually, the two of them were inseparable. Dora would wrestle Brody, and he treated her gently because he was much larger than her. Jon says they’re two peas in a pod.

It is fun and rewarding for Jon to raise a kitten, but it does get tiring when they grow through their mischievous phase. Dora likes to hang on the chandelier, and it will spin while she is on it.

Even if she is troublesome and stubborn, Jon still loves Dora with all his heart. Seven months later, Jon cannot imagine what life would be like without Dora in his life. 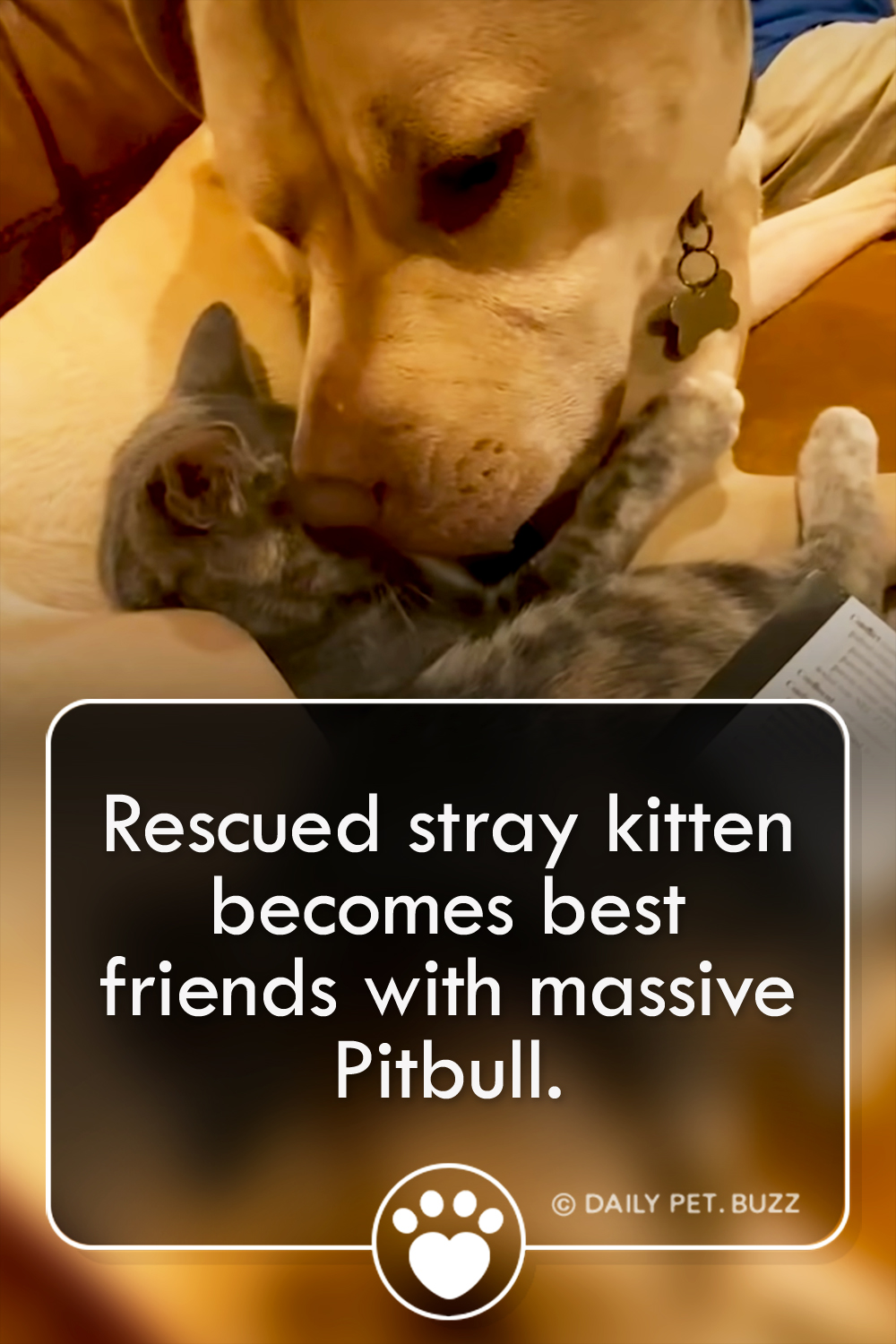