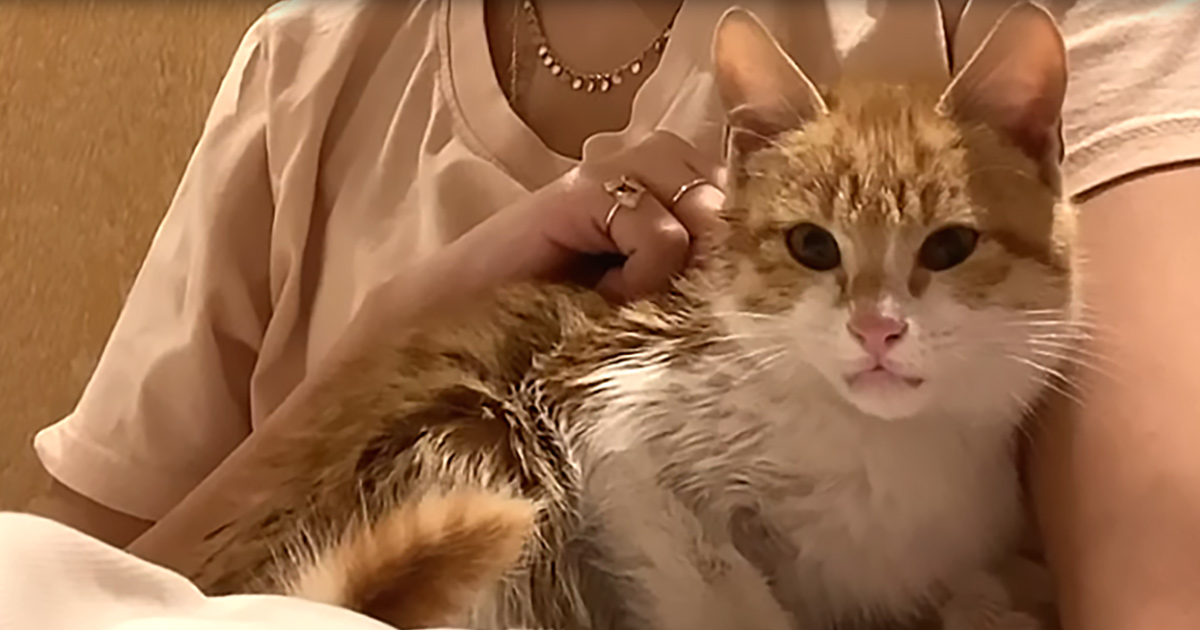 Nada and her brother knew they needed to help the ginger and white kitten who was crouched on a bridge barricade. He was certainly cold, and his position on the bridge could also potentially become precarious. In fact, nervous in the face of their approach to him, the kitten was soon dangling by only his claws, after backing away from them in fear.

Fortunately, Nada’s brother was quick enough to grab the jittery kitty just before his claws gave out. The worst behind them, the sibling pair took the timid kitten home and set him up in a peaceful room, secluded from Nada’s cat, Kimchi, so that he could relax into his new circumstances unhindered. Kimchi’s food and supplies came in handy so that they already had what they needed on hand to help the newcomer settle in.

After a few days, the teenaged kitten finally felt safe enough to open up to his new caretakers. Climbing on to Nada’s lap, the little longhaired feline gave in to his desire and need for reassuring cuddles, and the purring began. Once it began, the floodgates seemed to open.

He found that he couldn’t get enough of the affection Nada offered. In fact, whenever she would stop stroking him, even briefly, he protested with demanding meows. Nada felt proud of her new kitty when her vet proclaimed him, ‘a remarkably polite cat’. He received a clean bill of health and now acts as Nada’s shadow, not allowing her out of his sight, and purring all the way. 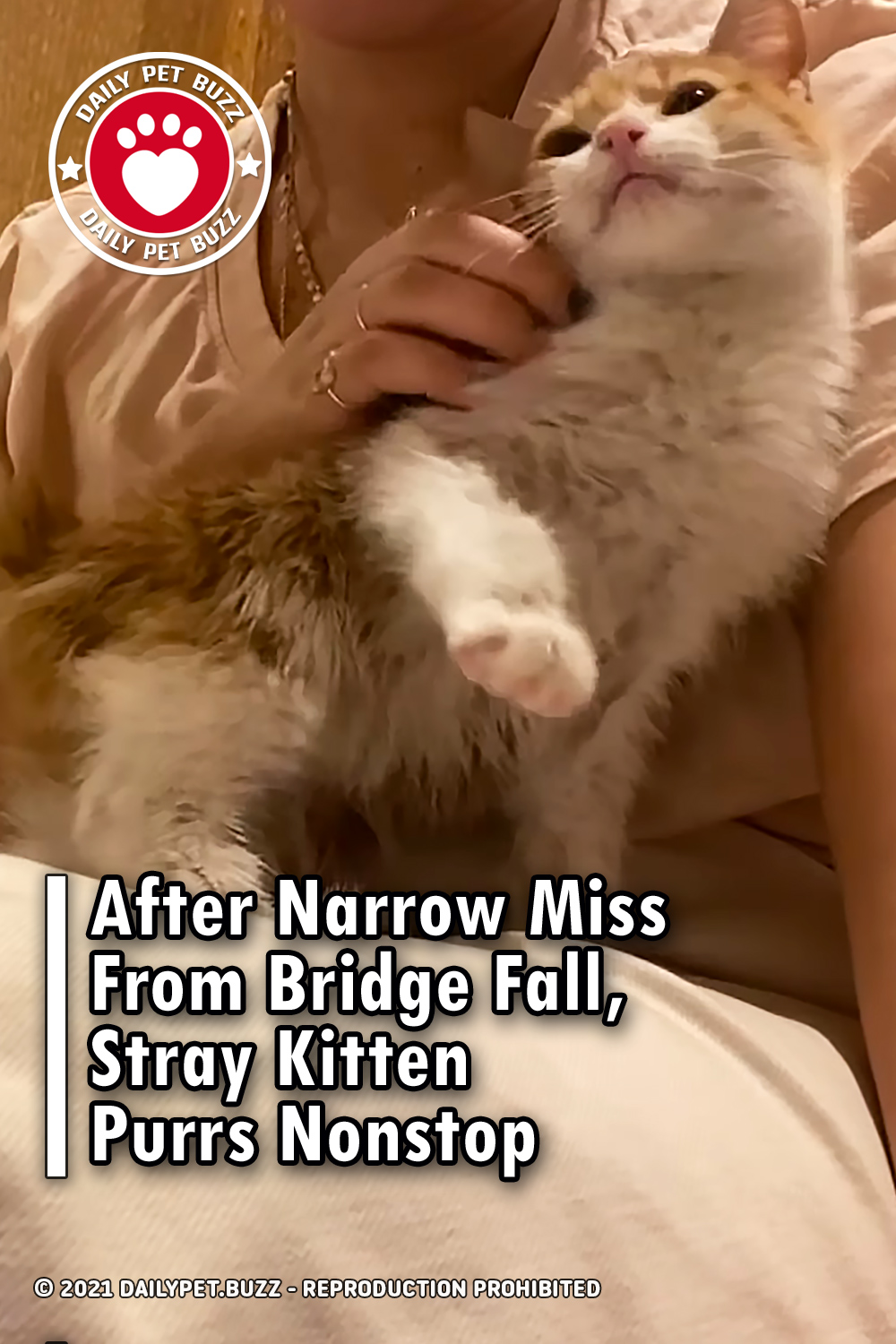