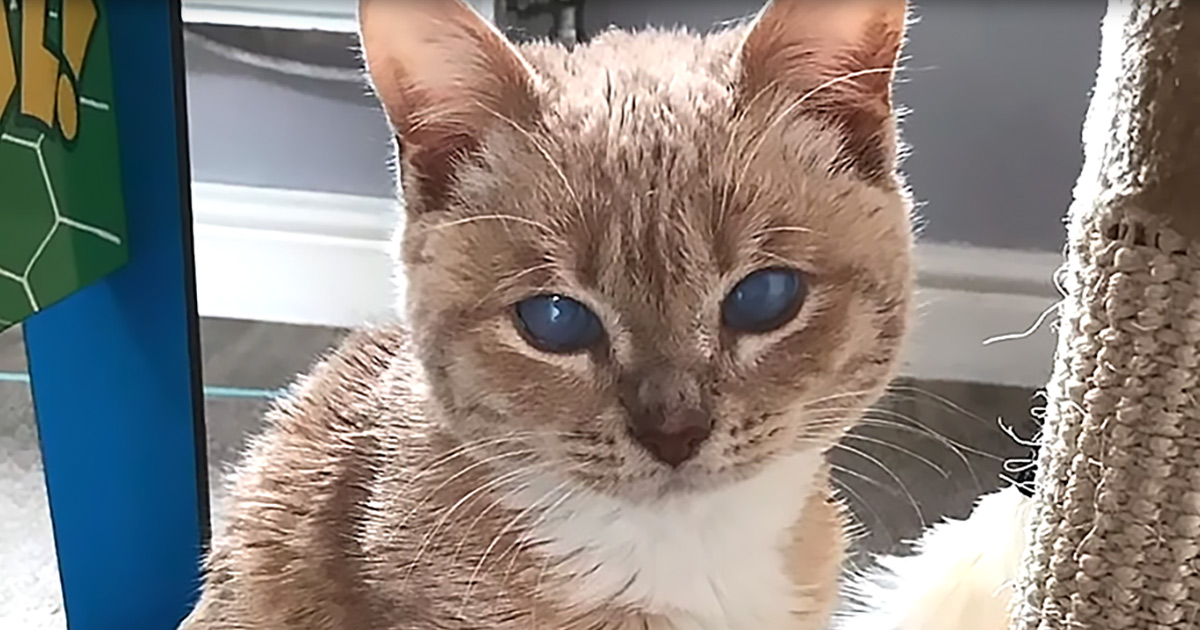 Veterinary employee Emily Tomlinson fell head-over-heels the moment she laid eyes on the itsy-bitsy stray kitten who was rescued from a park and brought to her workplace. Veterinarians estimated his age to be about three to four weeks, and the tiny feline has corneal edema in both eyes, making them look a little bit cloudier than the eyes of a normal cat, but not affecting his vision.

Emily didn’t think twice about it. The kitten was in need of a home and she already loved him, so she welcomed him to join her family and blend in with her dog and other two cats. Shortly after the kitten, named Munchie, came home with Emily, she noticed that he didn’t seem to be growing, and then his health took a nosedive, requiring four days of hospitalization.

The veterinarian diagnosed the diminutive kitten with a disorder characterized by unusually low levels of calcium in the blood, known as hypoparathyroidism. Little Munchie began slowly gaining weight once he had the diagnosis and began medical treatment for the condition, including a diet tailored to his special needs.

The other animals in the household look to Munchie as a little brother who requires protection, doting on him. His bond is strong with them all. Despite his slight stature, the high-spirited little ginger has plenty of character and garners love from everyone who ventures into his radius. Though he will likely remain kitten-sized, he is strong and healthy, and most of all, he is well-loved. 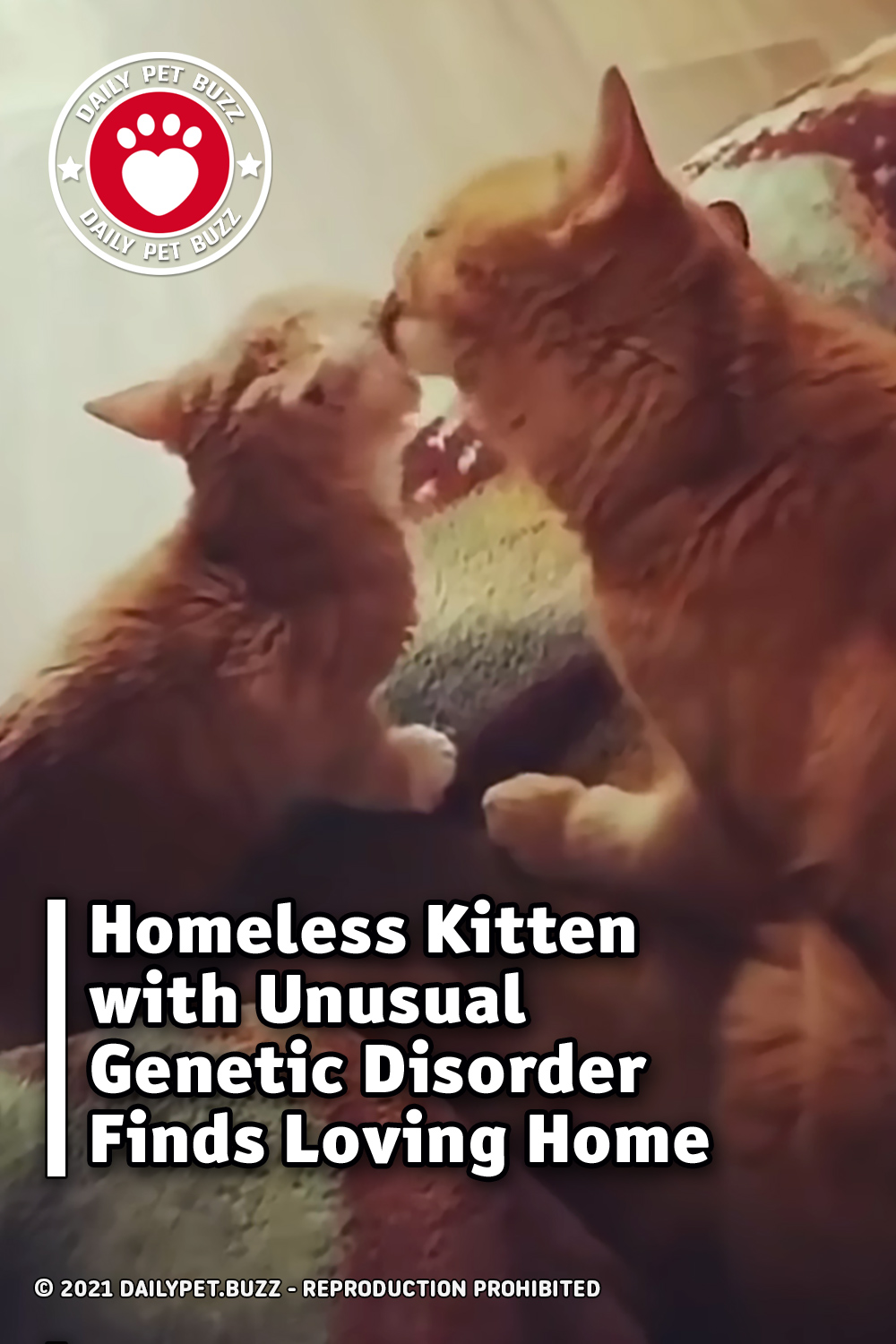