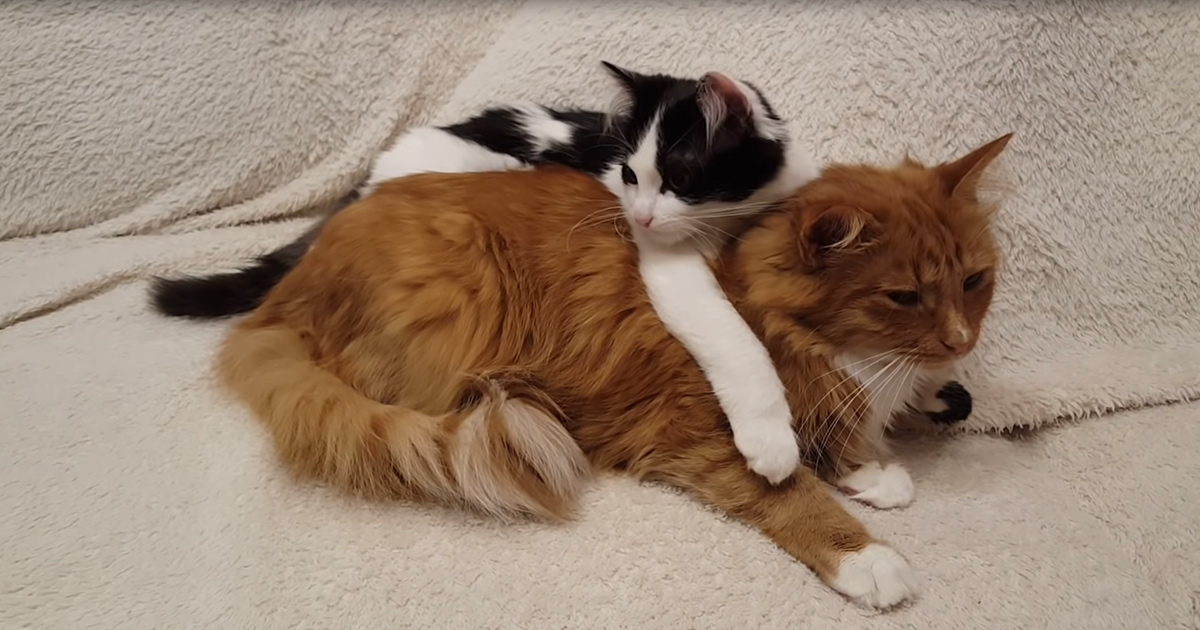 Mila Litvinova already had two cats, so when she found a helpless three-week-old kitten crying in the woods, she had every intention of finding her a forever home once she was more self-sufficient and able to eat and use the litter box on her own. One of her two cats heartily disagreed with her plan.

The kitten, named Penelope (Penny), temporarily stayed alone in a room separated from the other two household cats as a safety precaution. Mila would come in and feed her from a syringe, help her relieve herself, and even sleep with her, as the insecure kitty cried whenever she was alone.

One of Mila’s two cats, Zhulik, was fascinated with Penny from the first time she entered the house. He waited patiently outside the door to her room for the entire quarantine period while the kitten was separated, meowing and waiting for his introduction to her. When the time finally came for them to meet, he shot into the room and immediately tried to play with the tiny feline, who was at first overwhelmed by the advances of this cat who was so much larger than she was.

The overwhelm was short-lived. In less than an hour, the two were playing as if they’d known each other all their lives. The feline pair immediately became inseparable, constantly playing together, sleeping together, and grooming each other. Mila’s plans to find a home for the orphan she had found in the woods faded into oblivion when it became obvious Zhulik and Penny must stay together. Penny was home to stay. 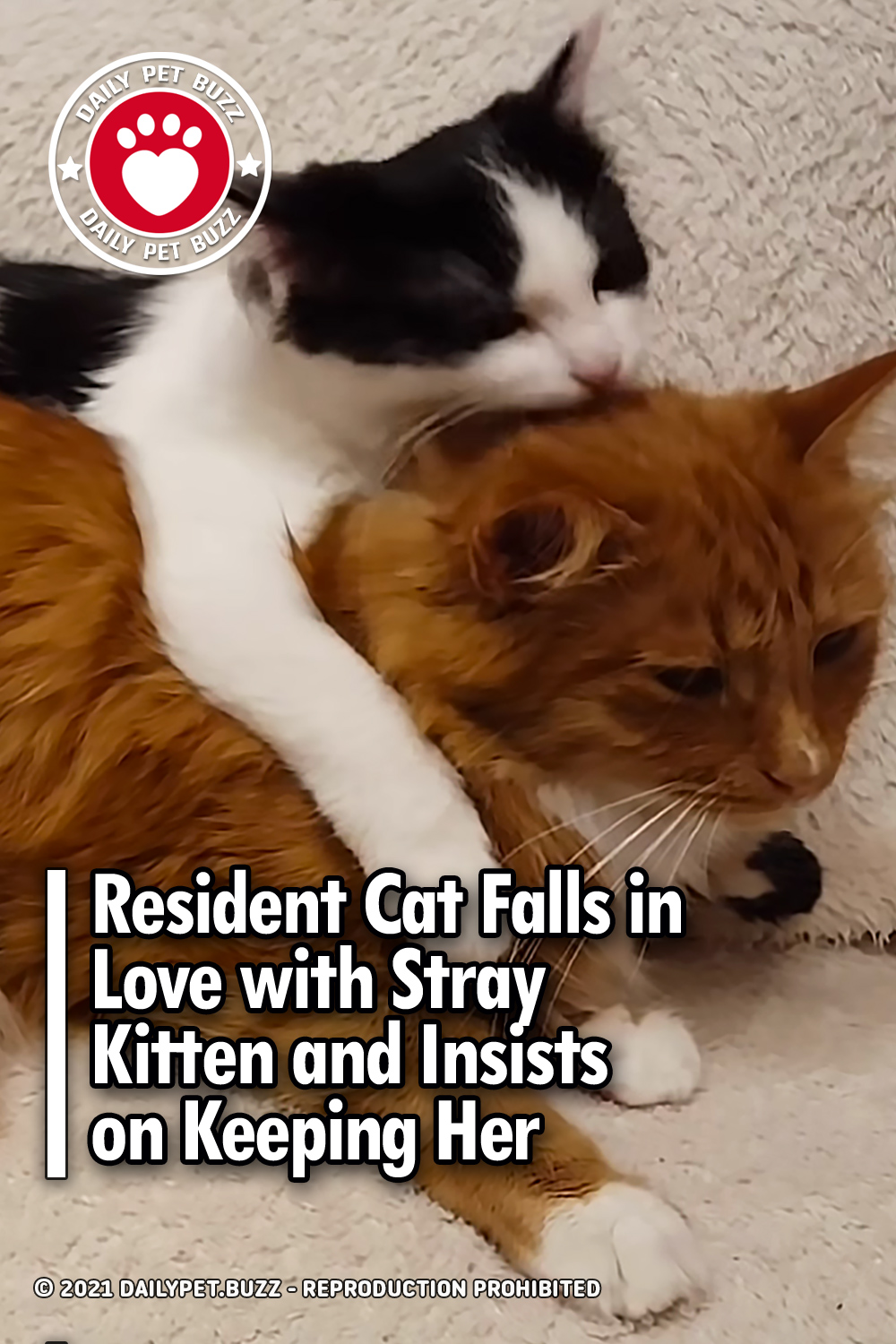