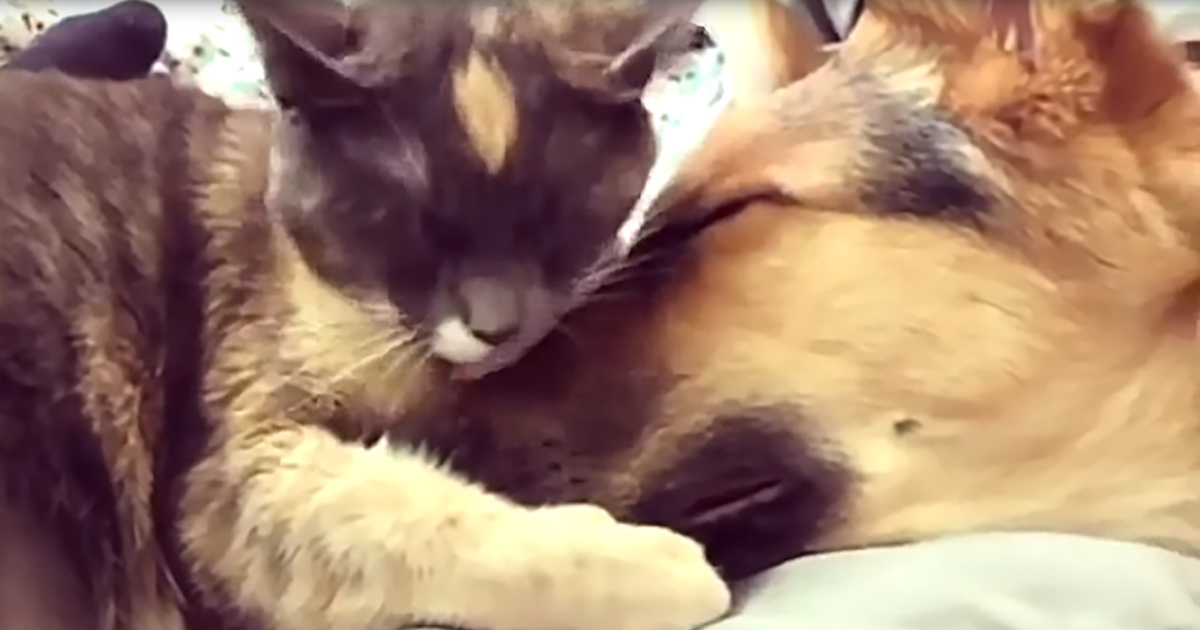 Lauraine and her boyfriend volunteered to foster a litter of three kittens, raising them until they were ready for adoption. Two of the siblings were adopted quickly, but Lyla, a beautiful dilute tortoiseshell, was left behind. Lyla reached five months of age and the couple adopted a German Shepherd puppy, Koda, who was only slightly larger than Lyla was at the time.

It was love at first sight for the puppy and the kitten. They had an immediate connection and began spending all their time together. They are figuratively joined at the hip, all over the house, and when Koda needs to go out to relieve himself, Lyla will cry until he returns.

Although Koda has quickly outgrown his feline partner in crime, she has appointed herself as his big sister, as well as his agent of clean, assuming the job of grooming her “little” brother all over his body. The pair enjoys wrestling with each other and cuddling together.

Lauraine laughs that Koda would likely have believed he was a cat if he hadn’t already been exposed to other German Shepherds, so that eliminated any potential confusion for her pooch. Although they’ve known each other for a full year and grown into their adult bodies, the connection between the two remains as strong as ever, if not stronger. They are best friends forever…and Lyla is not going anywhere now. 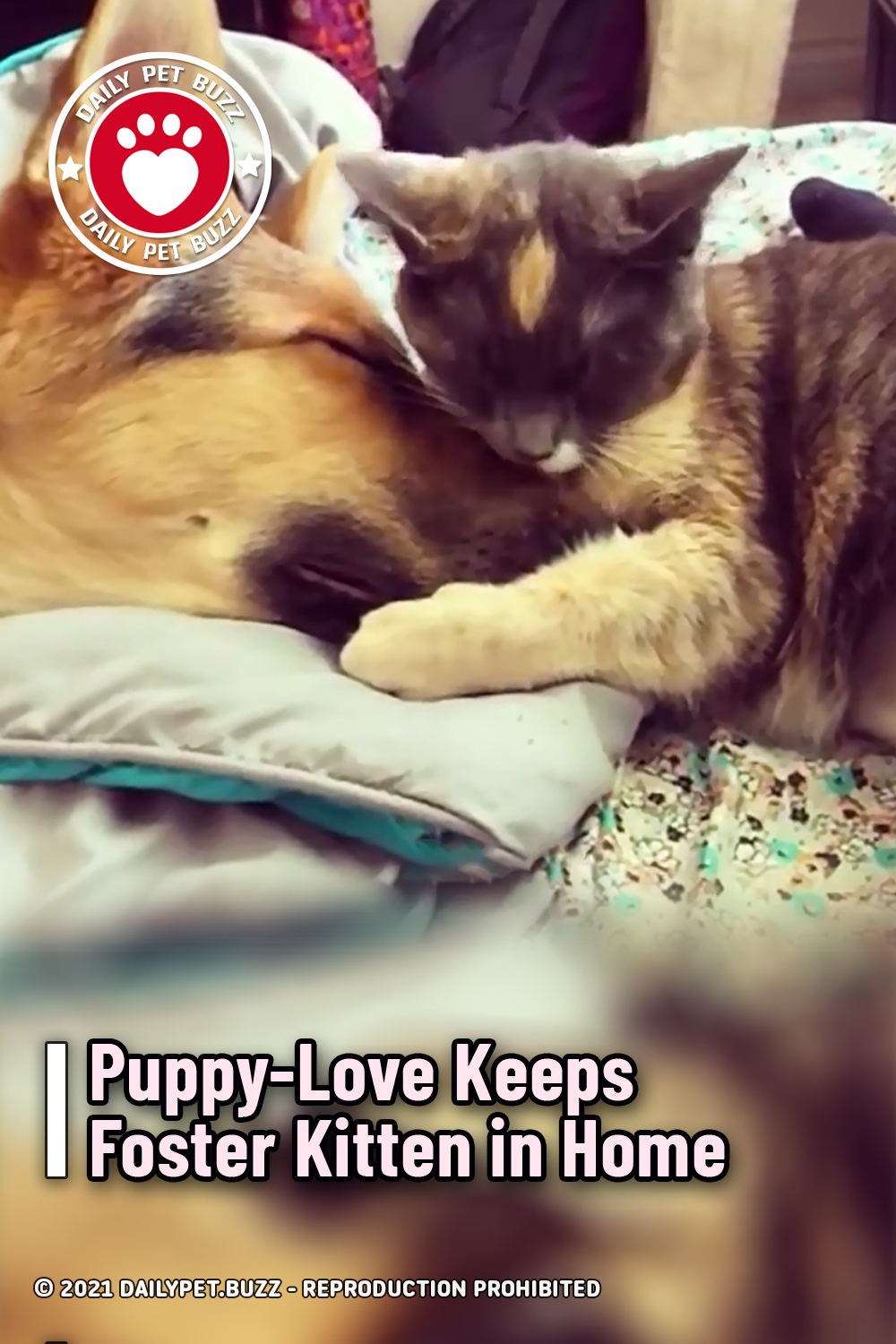