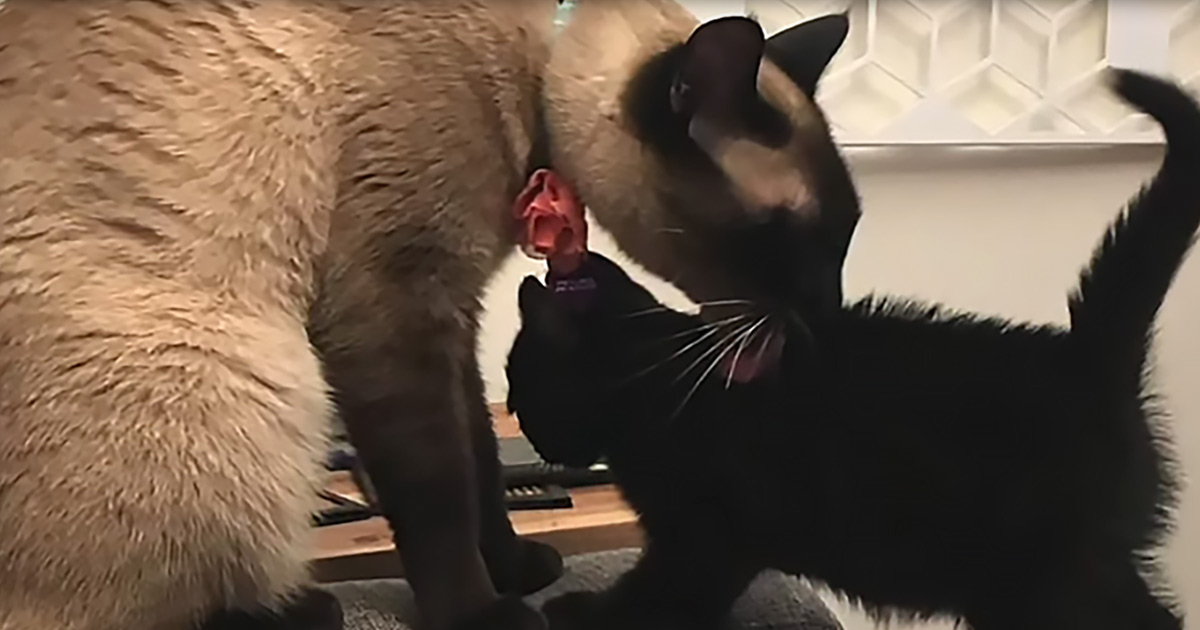 Polydactyl Highlander kitten Domino was brought to a California shelter along with her brother, but when her brother was quickly adopted, leaving little Domino behind, she was distraught. She had relied on him to give her strength and confidence. Marooned in an unfamiliar and scary place, she recoiled into the corner of her enclosure.

Seeing how Domino was affected by her sudden aloneness, a rescuer found a foster to take her in. At first, the little black kitten was terrified and acted out with spits and hisses, but on arrival at her foster home she settled in and accepted the affection her new foster parents, Nic and Erica offered to her, snuggling and purring. Nic was so endeared by her that he rarely let her out of his arms.

Seemingly though, what Domino really craved was the affection of another of the feline species. When she spotted the resident cat, Charlotte, she set her sights on winning over the big beautiful Siamese. Charlotte, far less impressed with the pint-sized interloper than Domino was with her, repeatedly ran away, hissing. Domino wouldn’t be deterred, and shadowed Charlotte relentlessly, attempting to give her head-butts and cuddles.

So it continued for several days. Charlotte would run away and Domino would follow in hot pursuit, begging for a morsel of affection from the bewildered Siamese many times her size. One day, Domino finally wore down the object of her affection. Charlotte turned toward her and gave her a kitty-kiss. And then she groomed her. From there, the pattern was set. Domino had won over the cat she decided needed to love her. 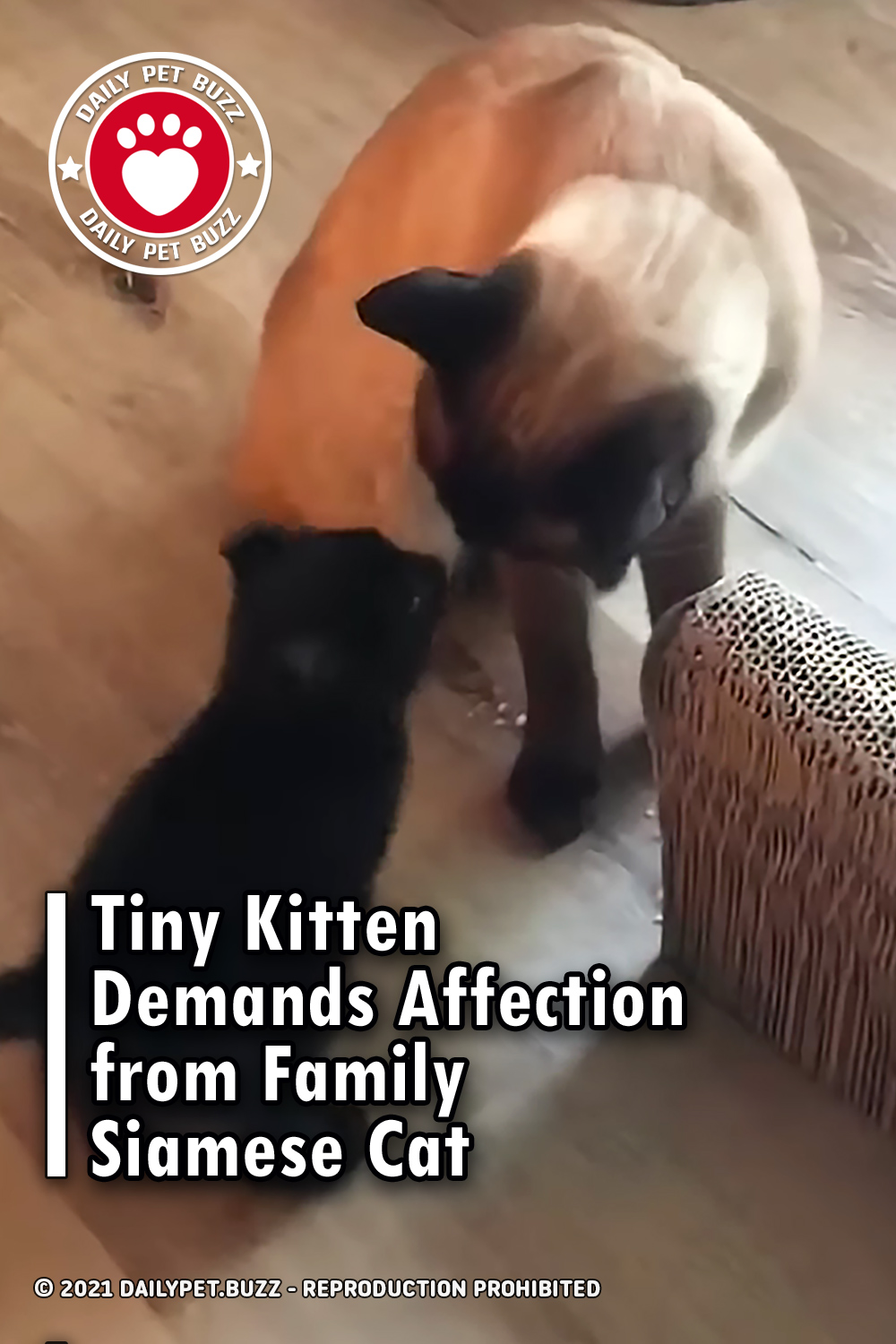