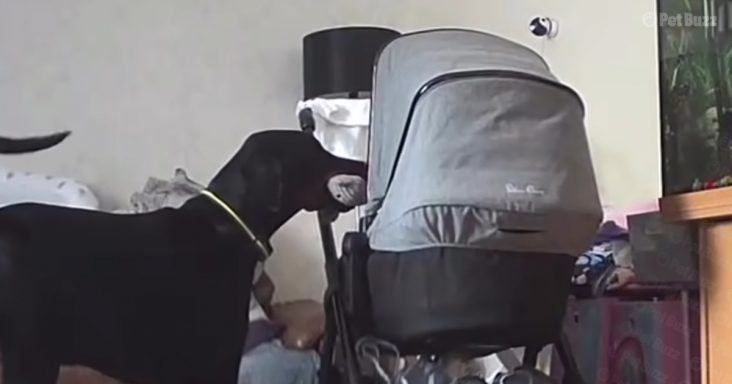 A dog named Tommy in Crawley, UK has been caught on camera. He’s clearly up to something. This adorable doggo was smuggling his toys into a cradle. He was sharing his favorite toys with his owner’s baby!

Doberman Pinschers are fierce dogs known for their success in combat and intelligence. So, them being gentle with children might come as a surprise to some. But like all dogs, they love humans.

Perhaps he wanted the baby to play with him, you say? Then that’s even better. This means they’re already friends, and since the baby is very young, the only possible explanation is that there’s a natural connection between them.

Tommy’s manner is by no means an accident. Sure, he’s a very good boy, but it’s obvious why he’s well behaved. His owner decided not to clip his tail and to be kind to him. Tail clipping is a cruel practice that should be abolished.

Tommy has returned the favor. He’s seen sneaking his favorite toys into the cradle, one at a time. Furthermore, he’s careful not to drop them on the baby in case s/he gets hurt!

This goes on to show that dogs truly are man’s best friend. But on top of that, it shows that men can be just as good to them through kindness and generosity. 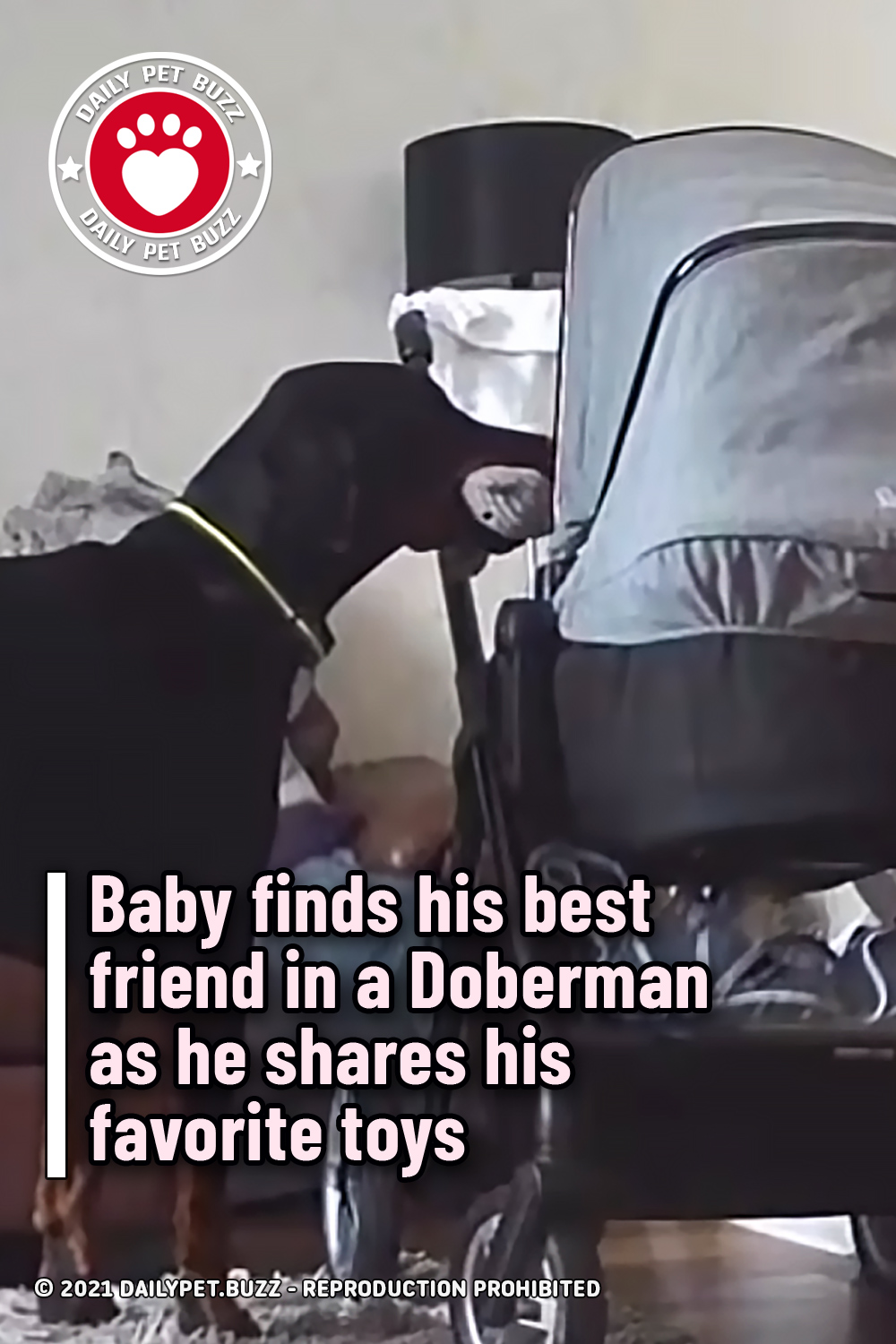