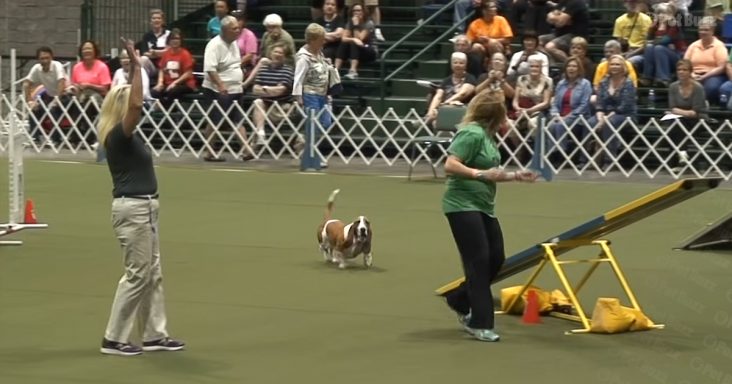 A dog is rolling around the floor, looking like it’s having the time of his life. At the same time, an announcer is waiting for him to get ready. They are not rushing the competing dog at all.

At this sound, Diesel’s owner prompts him to get up and start the race. After a bit of edging, Diesel decides that it’s time for him to move on from his place of rest.

“Okay, I’m ready now, mom!” Says the announcer in a joking manner as Diesel, a Basset Hound from Buffalo, New York begins moving swiftly and confidently through the obstacle course.

While Diesel competes, the AKC Agility Invitational announcer talks about the history of this curious floppy-eared basset hound. While having a sad beginning, his story has turned for the better, as we can all see.

His owner, Shelly Gordon, adopted Diesel through ABC Basset Hound Rescue in New York. Sadly, he was given up for rescue because he was said to be ‘untrainable.’ However, Shelly took him in, and the rest is history.

Through the obstacle course, Diesel, unfortunately, misses one of the bars. However, he does manage to make it down the seesaw, a hard fit for such a short-legged dog on an agility course.

The crowd cheers him on as he jumps through the last of the poles and runs off the bridge. In the end, Diesel passes through the rest of the obstacles and reaches the end as the buzzer sounds, showing that even ‘inexperienced’ dogs can win. 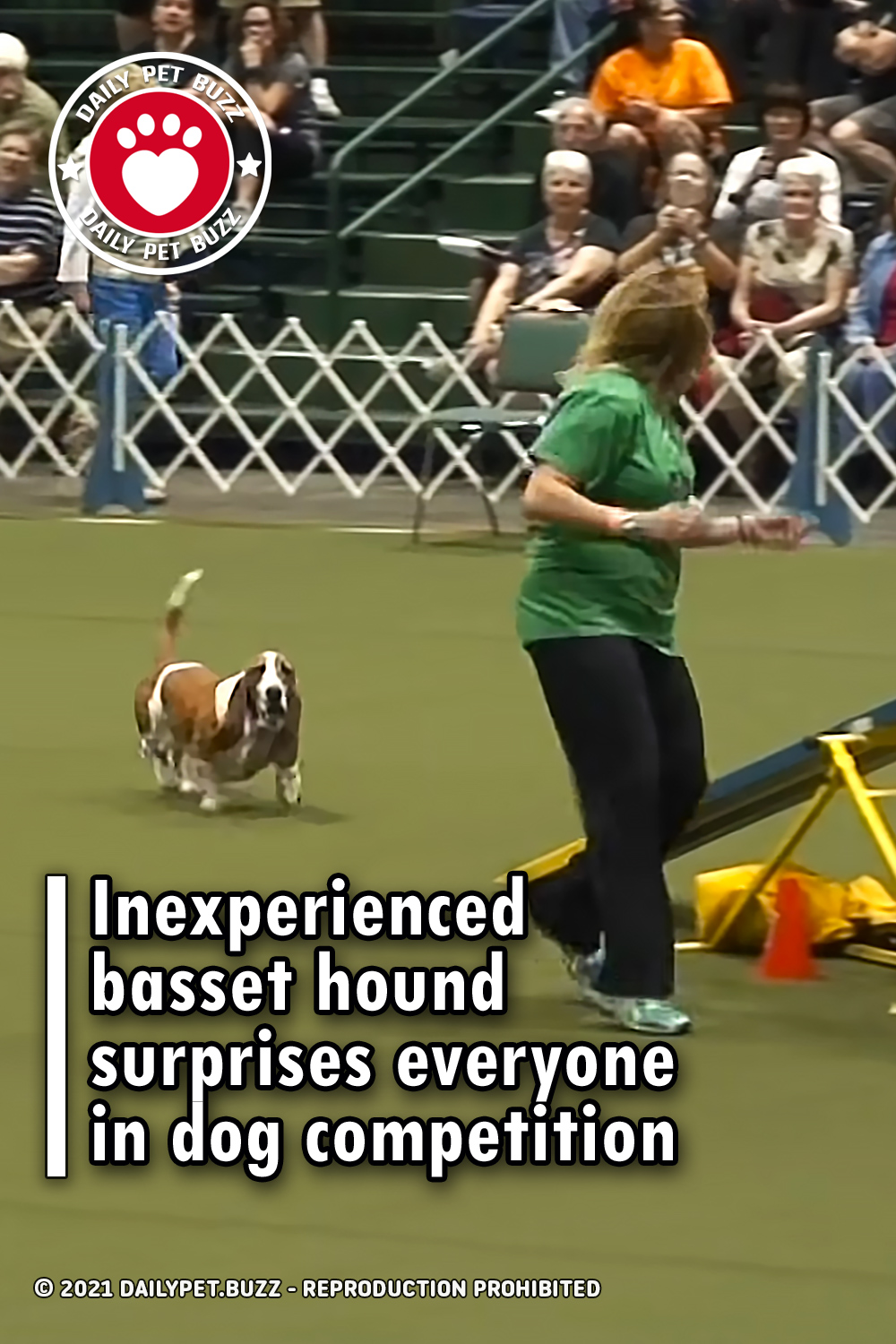