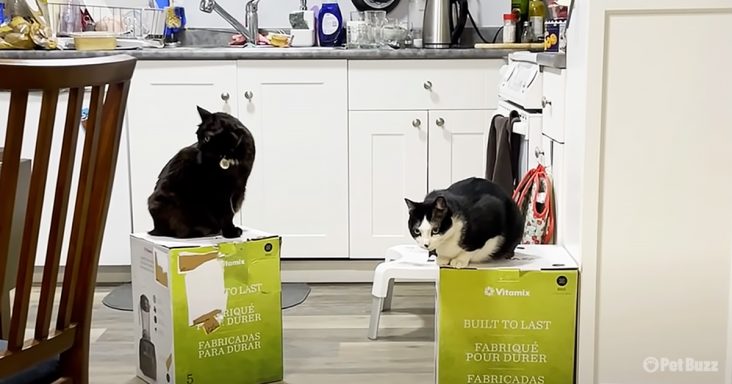 Three cats, Max, Lando, and George, were all obsessed with a Vitamix box their mom Jessica left on the floor. Jessica dramatically misjudged their interest in the box.

In the kitchen, Jessica laid the container on the floor, and after turning around, she found Max was on top of it. She thought he would quickly get tired, but he was still there two hours later.

Soon enough, Lando was fascinated with it and was on the box. Jessica realized she needed more boxes and wrote a letter to Vitamix. They were happy to send her more packages.

A decoy box was set near the real one, and the cats constantly fought for both boxes. The three cats did every permutation possible for them and the two containers.

Five years ago, Max was found on an interstate overpass and was only six weeks old. He was a tornado and taught himself how to play fetch. Then Lando was also adopted when he was a kitten.

George was adopted when a family could no longer take care of him. Then Geroge and Lando became bonded brothers. All three of them are household guards and inspectors.

The decoy box was met with tons of suspicion from the cats, and Jessica was surprised with another message from Vitamix. She received a new from them, and the cats absolutely loved it. 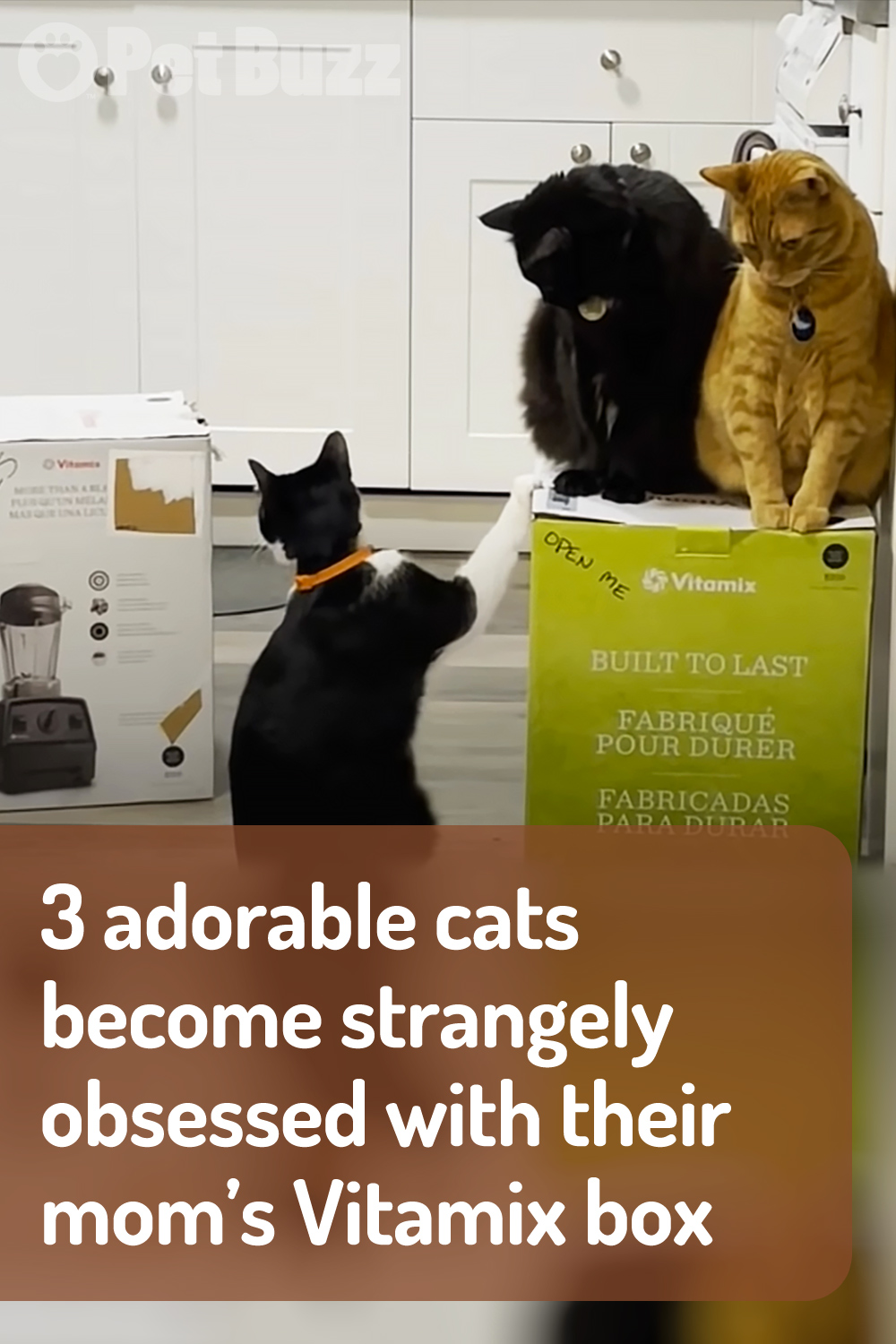