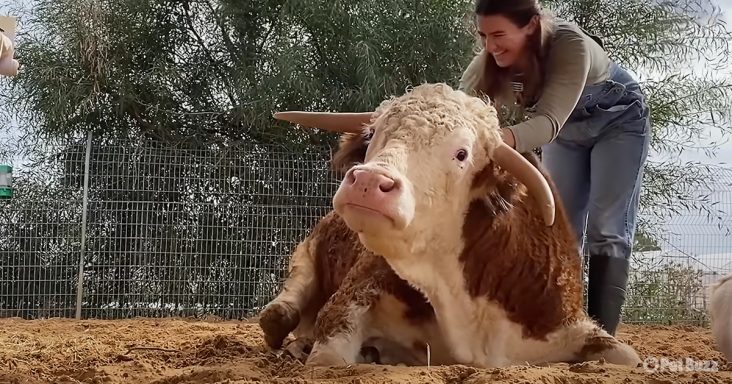 Shani sang to a skittish rescue cow named Nir, and now she is the only human he is comfortable with. She first started by staying close to him for thirty minutes at a time.

Nir slowly got used to her presence, and they formed their own language. Several weeks later, Shani could scratch his belly, and having him accept her was a fantastic feeling.

A year ago, Nir struggled to walk because he had a stump on his back leg instead of a hoof. The sanctuary got news of him and knew they had a real chance of helping him.

They wanted to aid him in an extraordinary way, so they prepared a custom prosthetic leg for Nir. Before he arrived, they measured his stump and started to build the prosthetic.

When Nir arrived at the sanctuary, he was scared and suspicious of everyone. Thankfully they were able to put the prosthetic leg on him, and he started walking and running right away.

Nina, the dog, even ran alongside him. Everyone was amazed by how quickly Nir got used to the leg and befriended the other animals. The other cows gave a warm, loving welcome to Nir.

Shani is still the only human that Nir allows to come close. Her goal is to get rid of Nir’s fear of humans. When she looks into his eyes, she knows he is a gentle giant full of love. 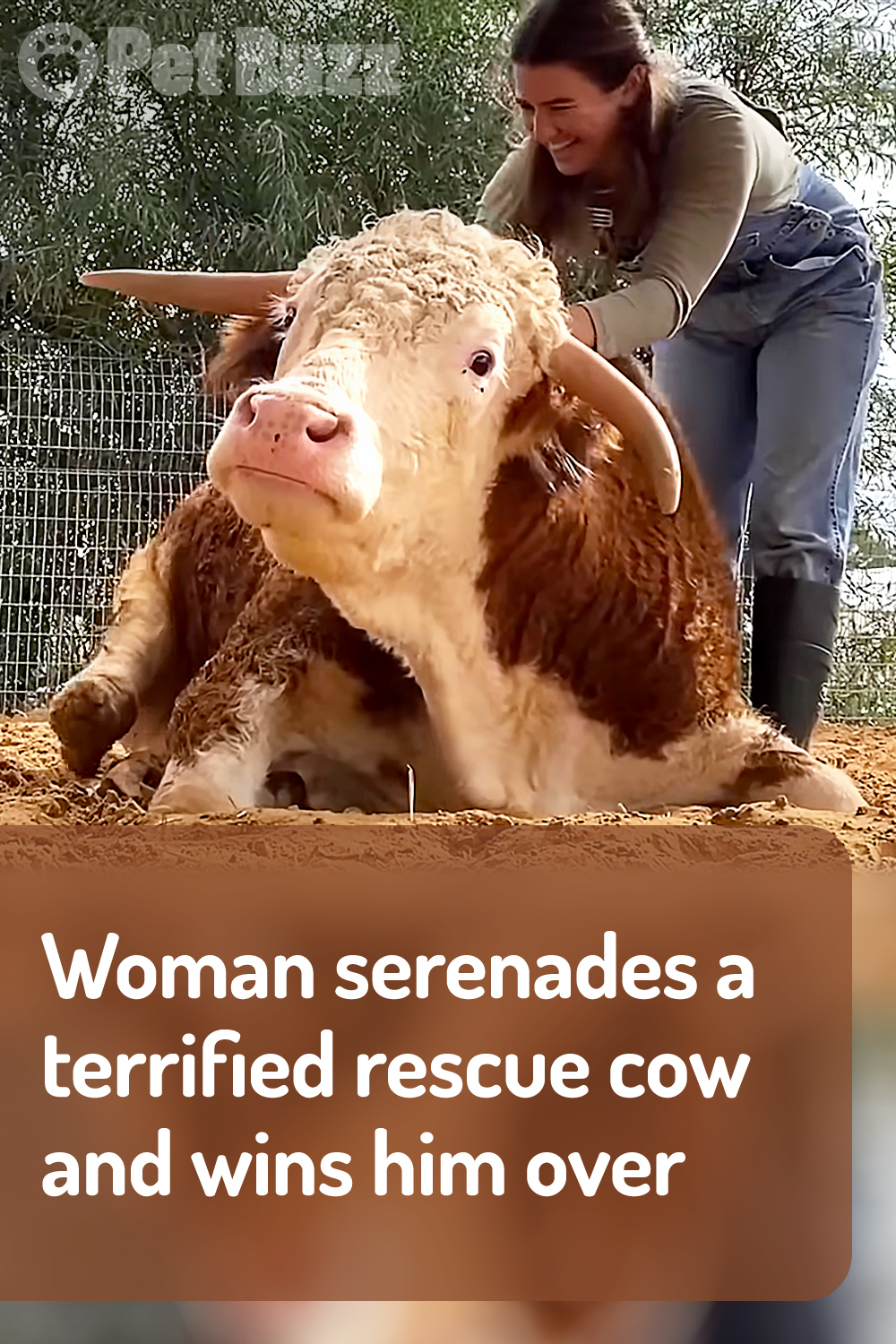