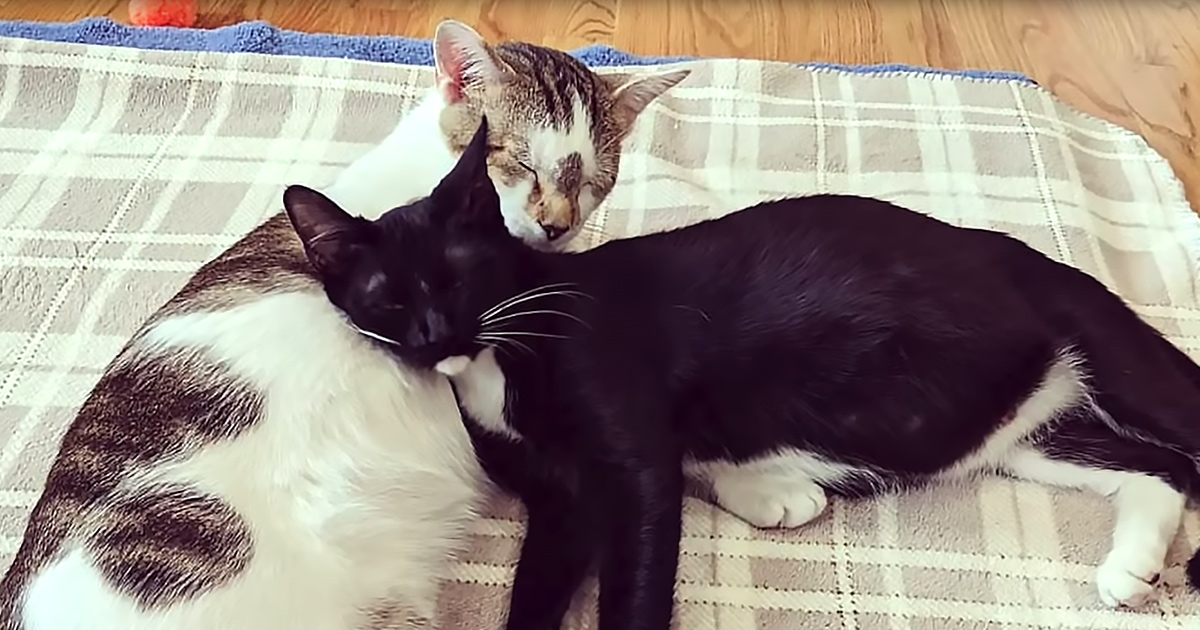 Volunteers at a shelter discovered the tuxedo female of a bonded pair of cats in their care was pregnant and found volunteer foster parent Robyn Anderson to take in the devoted feline couple. The tom and queen had been the only cats in the home when their previous guardian needed to relinquish them to accept a job offer in another state, so it was clear that Charles was the father of Carolyn’s burgeoning litter.

On arrival in Robyn’s home, confident Caroline strode about her new home investigating every corner until she was convinced this would be a satisfactory location to birth her kittens. Upon reaching that conclusion the affectionate tuxedo cat requested stroking and cuddling from her new foster mom.

Meanwhile, Charles was being neutered. When he was brought back to Caroline after his surgery, she was suspicious of the veterinary scent on him, but he persisted in shadowing her until he was able to recover her recognition of him, reestablishing their previous connection. The two resumed their relationship with grooming and snuggling as they had enjoyed before the separation.

On February 13th, Robyn observed unusual behavior from the feline duo that clued her in of the impending labor. Following a hearty breakfast, Caroline entered the birthing area Robyn had prepared and began active labor. Charles hung out just outside the birthing crate so as not to be in the way but occasionally peered in at his mate and for reassurance that she was doing okay, and offered some licks to her head to communicate his support. Their family and love increased that day before Valentine’s Day when the devoted pair of cats welcomed tabby quintuplets into the fold. 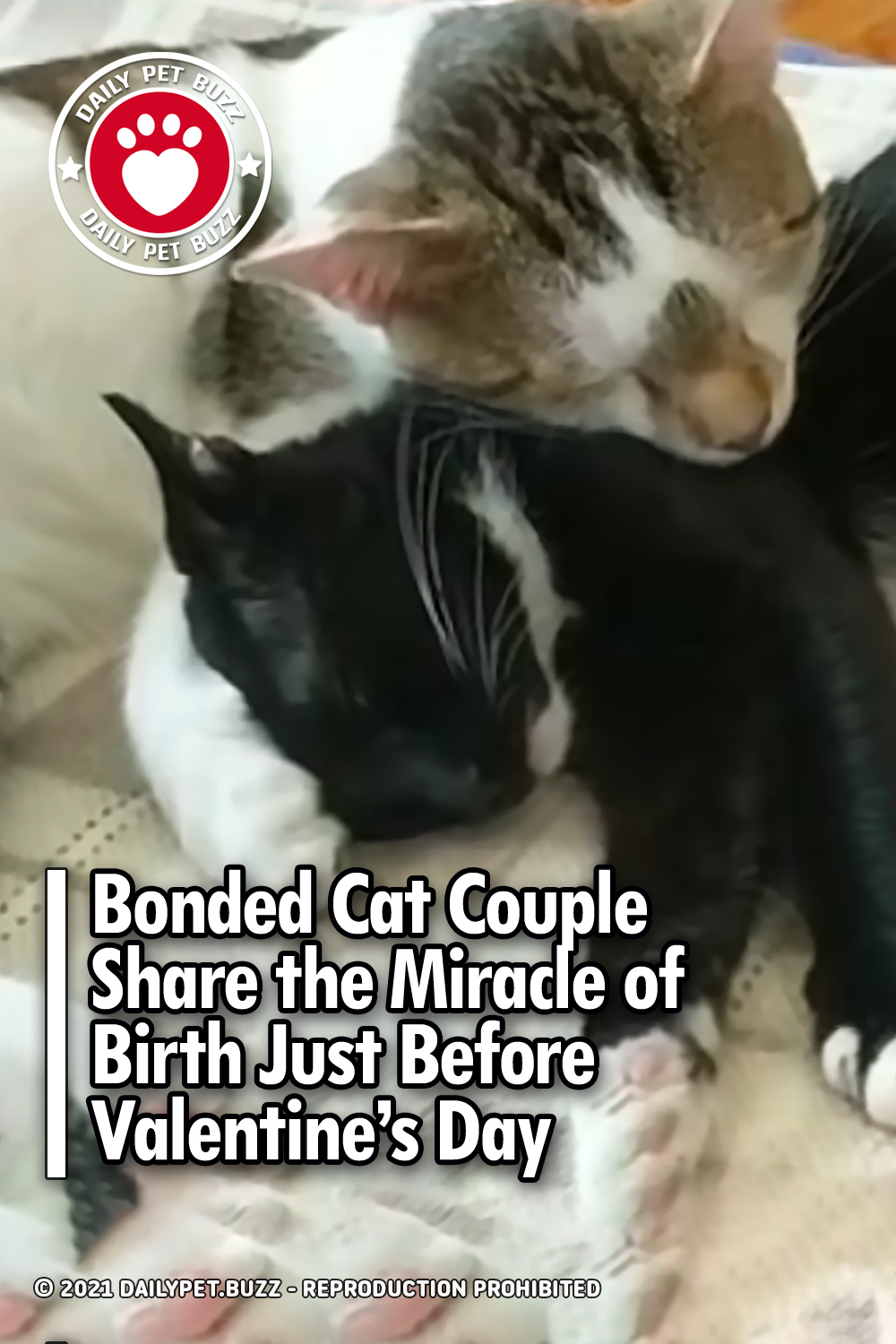