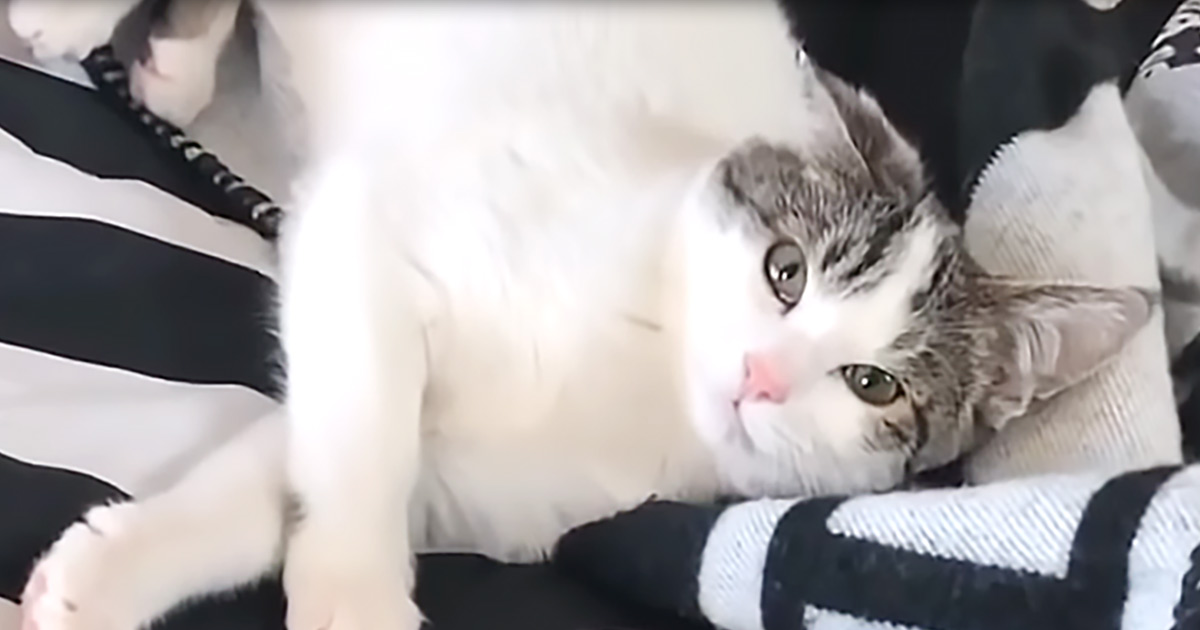 Nikki Martinez of Las Vegas found a weak, unsteady kitten on a porch while she performed TNR duties. His ear was bent from an injury suffered during his indoor life and he was more than a little bit timid. Along with a group of other cats, she rescued him and had him vetted and neutered.

Although nervous and reticent at first, the small feline enjoyed snuggling sweetly with the kind humans at Nikki’s rescue. Dubbed “Diddy”, the white kitten with tabby markings had a moderate form of Cerebellar Hypoplasia which would slow his reflexes and make outdoor life significantly more dangerous for him than for other cats.

Adjustment to living inside took a few days for Diddy but after that initial period, he settled in and found that he could trust that he was safe and in good hands. In fact, he became playful and seemed to enjoy the new environment. Certainly, having a ready supply of tasty food to eat, entertaining things to play with, and shelter from the elements was an improvement over the danger of life outdoors.

After a couple of weeks of living in his new reality, the once-apprehensive porch kitten flourished with confidence, becoming a real snuggle-bug who enjoyed sharing a good purr with anyone willing to hold him. It only took a few weeks for the little sweetheart to become a family feline. A couple became smitten with his charms and added him to their family. It was a match in heaven. 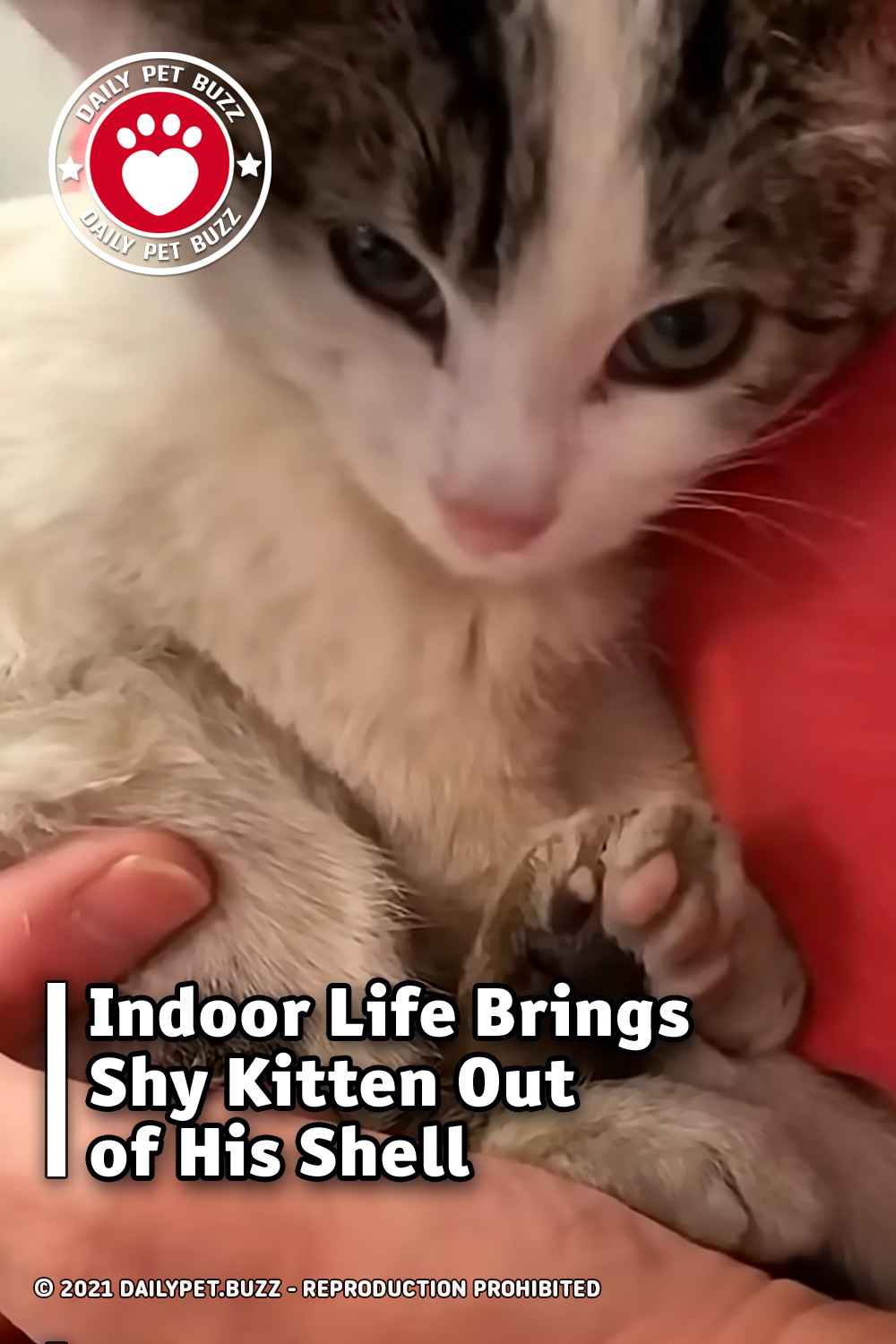