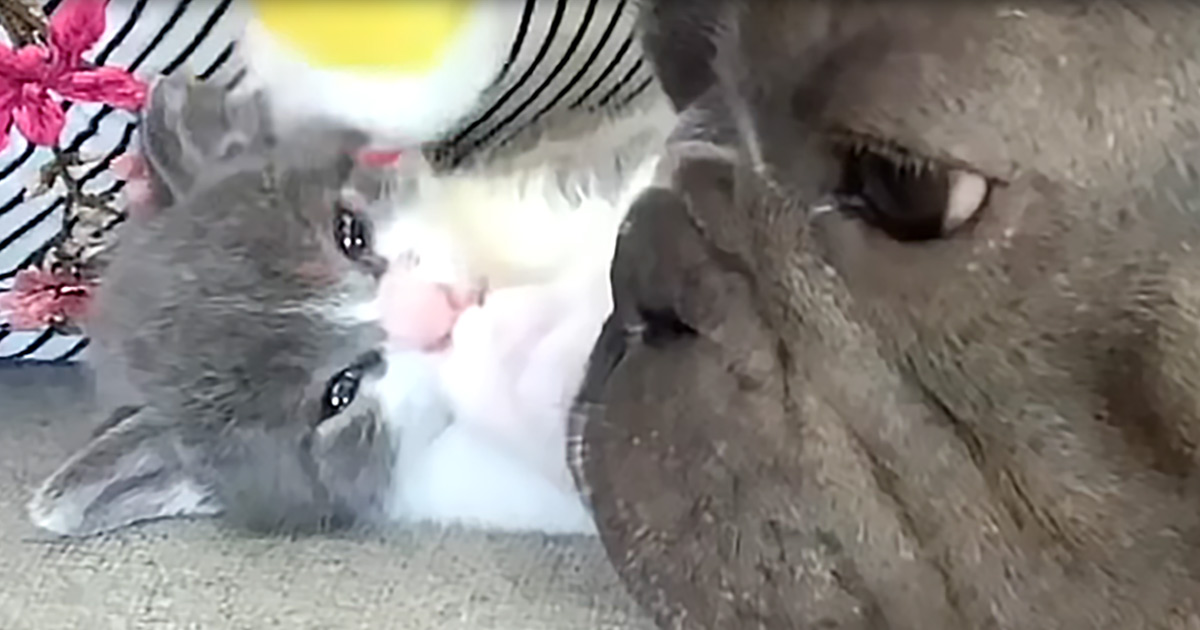 When Beth Walden got the call about a newborn orphaned kitten found outside all alone, she and her daughter rushed to help him. The tiny ball of white and grey fur was still too young for his eyes to open and the hungry boy greedily took to the bottle Beth offered him.

His great appetite proved to Beth that this little being, who she named “Mr. Tiny Pants” had a strong spirit and enough spunk to help him survive his tenuous first days in her care. Shortly after Mr. Tiny Pants arrived at their house, Beth’s three dogs came running to investigate the cries they heard coming from the miniature feline.

Beth supervised closely as her three canines took their introductions to her fragile charge. Her Female French Bulldog wanted to clean him lovingly, her mothering instincts reacting to the helpless Mr. Tiny Pants.

The three dogs still take on the responsibility for watching out for the teeny feline, even as he grows bigger and repeatedly hits his kitten milestones. When the tine feline makes a squeak they all come running, and he loves to snuggle up to their furry bodies. As Mr. Tiny Pants continues to thrive, it appears that these friendships will last a long time to come. 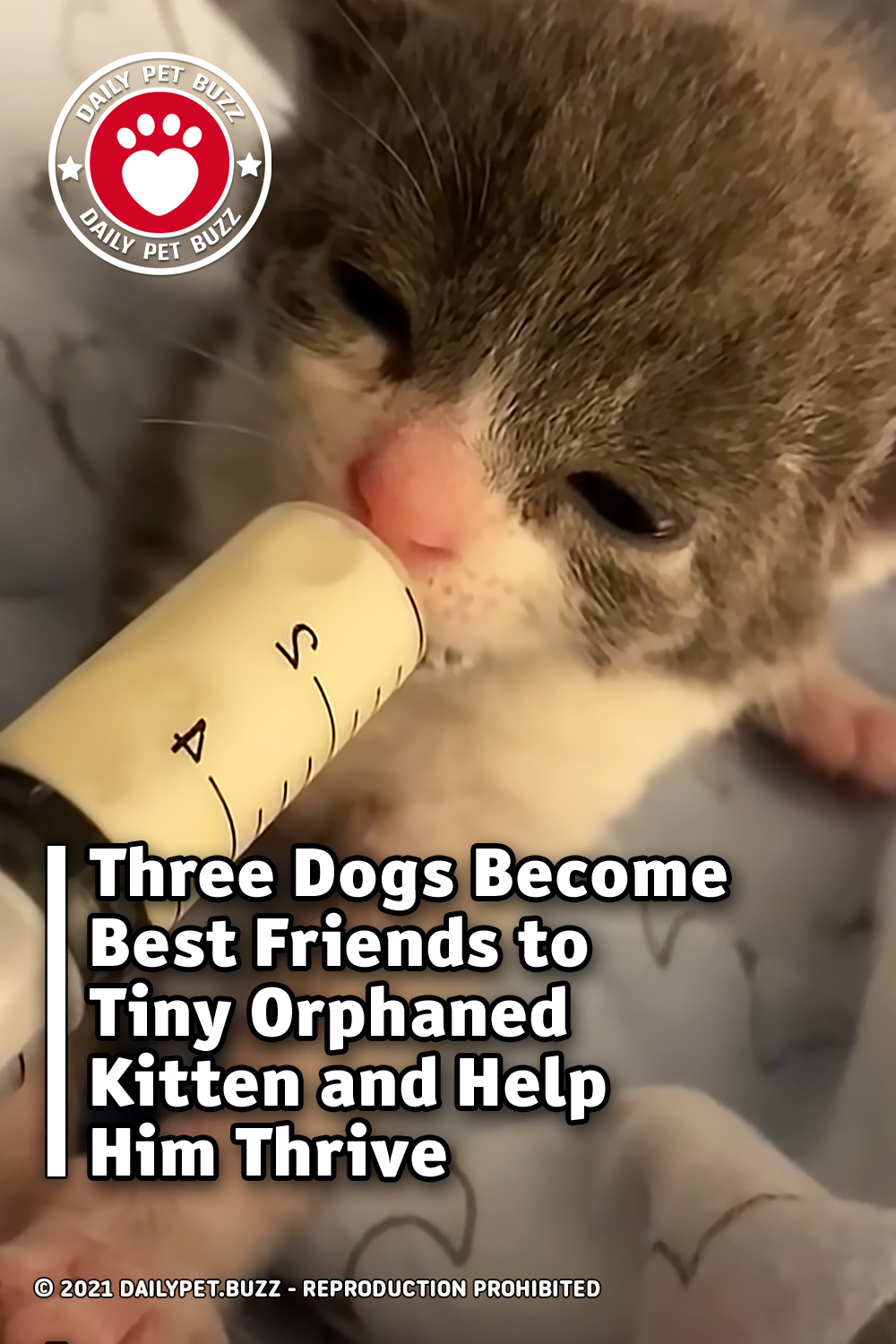